Why you need to watch Seven Samurai

Being able to present movies from Janus Films and The Criterion Collection gives Hollywood Suite the chance to bring some of the most artistically and historically important films from around the world to Canada. These movies can sometimes seem a bit intimidating on paper but there’s a reason why they’re classics. We’re starting this week with Akira Kurosawa’s 1954 action epic Seven Samurai, and while its subtitles and runtime might make some people shy away, I’ve got five reasons Seven Samurai should excite any action movie fan.

It’s a story you may already know. Seven Samurai was most famously adapted in America as The Magnificent Seven, but the story of a small town desperately recruiting toughs to defend against an unbeatable foe works so well it has been rehashed many times throughout the years. It’s great to watch Seven Samurai and consider how the story has been adapted to ancient Rome, outer space and even some cute bugs. 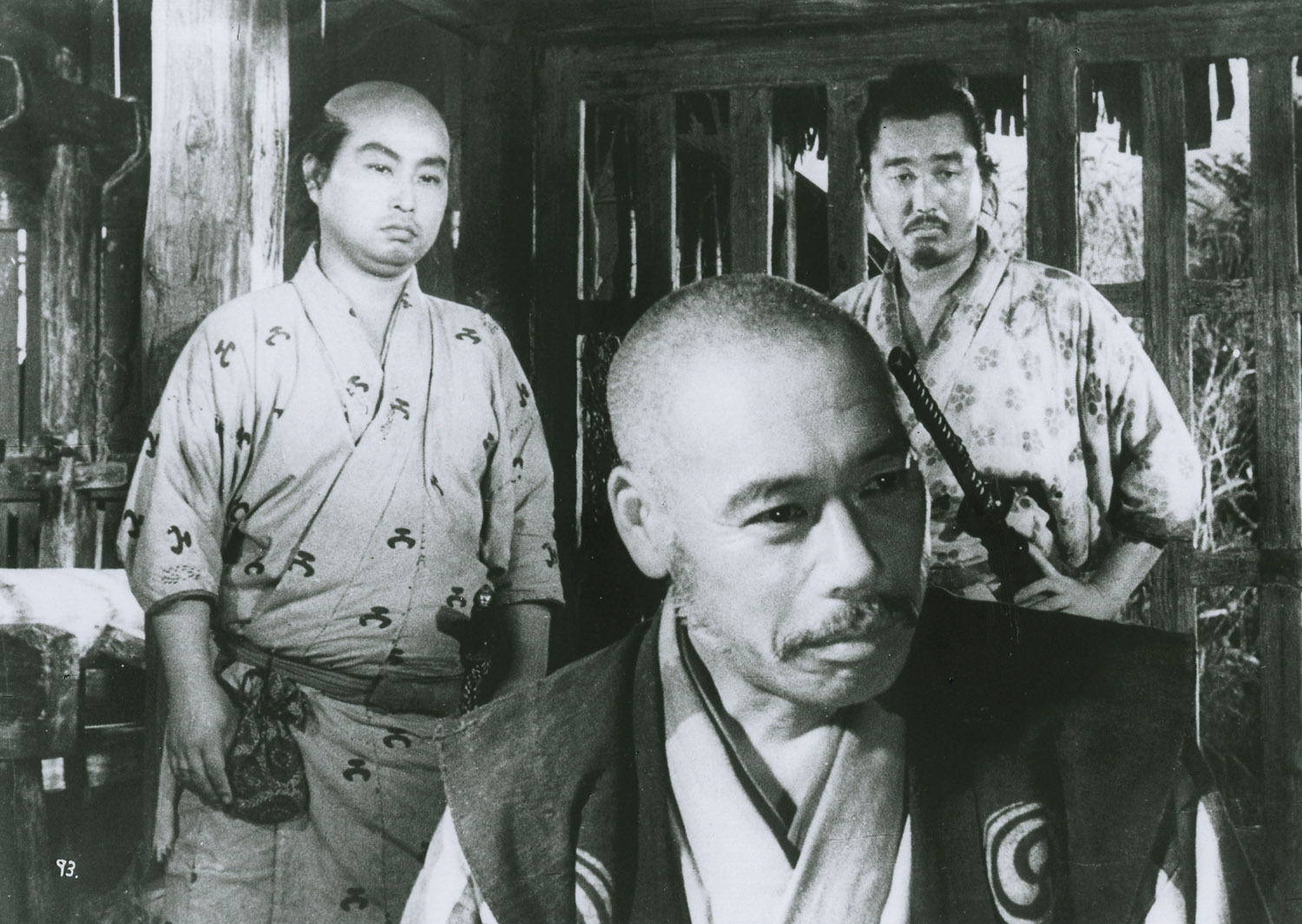 It translates well. Subtitles can put any viewer at a distance, but you could get 90% Seven Samurai’s story without the subtitles (even if you don’t speak Japanese). Kurosawa was working from the traditions of Japanese theatre and the international language of silent film, so his actors play big and broad and you feel every emotion they put across through their body language. Toshiro Mifune is especially a fan favorite and his improvisations as a dirty, angry outsider went on to inspire such classic reluctant heroes as Han Solo and Wolverine.

Its epic scale makes it a deeper story. Three and a half hours is an intimidating length for a movie, but rest assured Kurosawa makes every minute count. There’s excitement and tension throughout, and the last third alone is basically an hour long action sequence. You’ll never find another action movie where you care so much about every death, or where every strategic win and unexpected loss hits so hard. The anonymous thugs and bystanders of other movies become fully realized characters, and Kurosawa is able to build an argument about cycles of violence while still providing a movie that’s full of exciting swordplay. 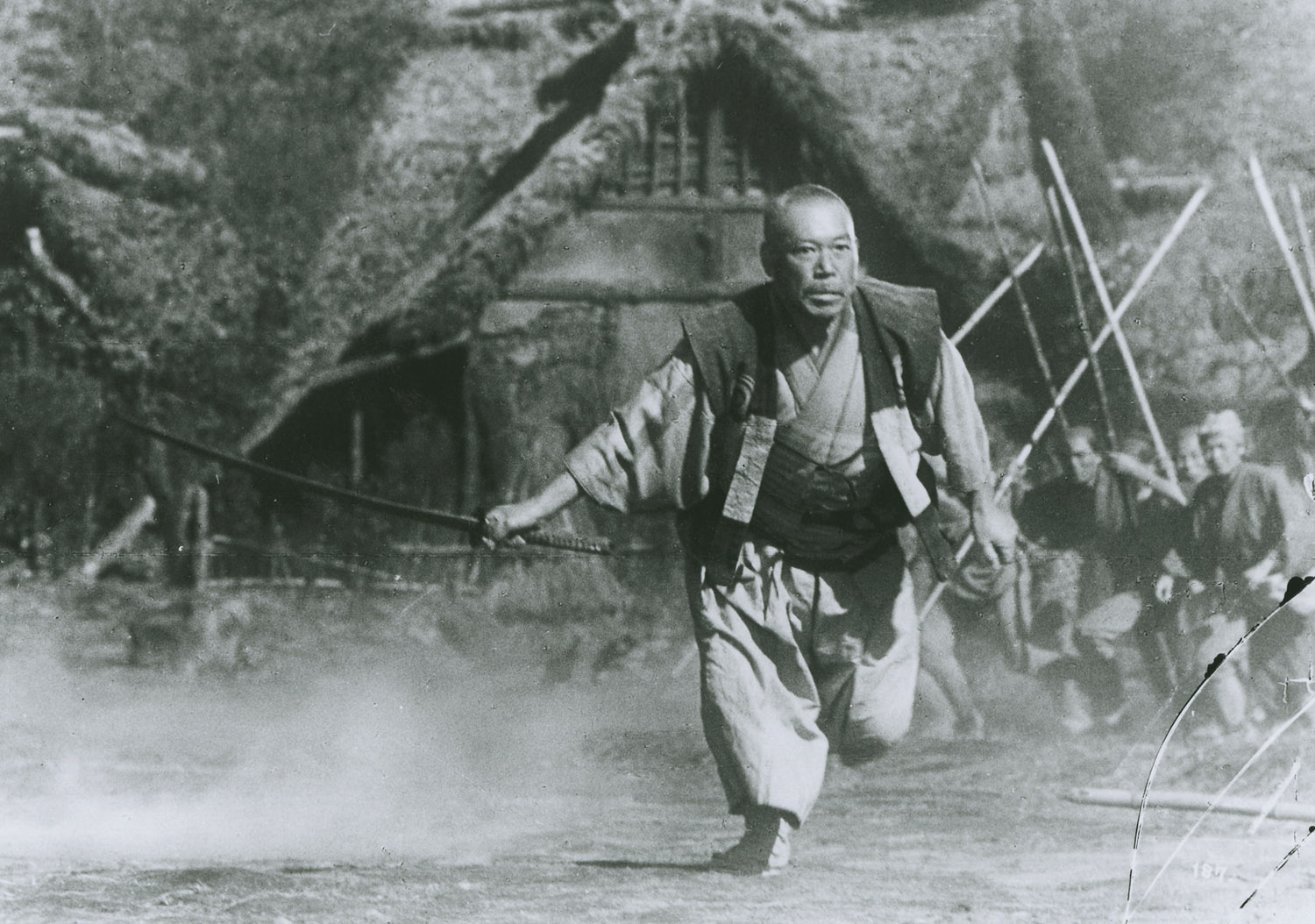 It doesn’t fall for cliches, it invents them. Seven Samurai is often credited as being one of the first films where a ragtag group of outsiders comes together for a good cause. It also may be one of the first were a character is introduced in an action sequence unrelated to the main plot. Nowadays, those are staples of action franchises like James Bond and classic films like The Dirty Dozen and Oceans 11 but they’re here for the first time and presented in unexpected ways. Don’t think because you’re used to a wise old expert or wide-eyed youth in an action movie team you know who’ll make it out unscathed. Kurosawa may just surprise you.

It’ll make you realize how great action sequences can be. It doesn’t take an expert to see how amazing Kurosawa’s action sequences are, or how different they are from most modern filmmaking. Instead of relying on a lot of editing, Kurosawa choreographed long shots with cameras moving from close-ups to wide shots and let everything play out in real time. You feel the tension in your gut in a way that most action movies can’t match. Each of these sequences is an incredible technical achievement and this style isn’t often repeated in modern movies where editing and special effects can achieve a quicker, cheaper result.

Seven Samurai is a great introduction to just how engaging and exciting the challenging films of Janus Films and The Criterion Collection can be. I promise you won’t regret spending some time with the world’s best films.

Enjoy masterpieces from Janus Films and The Criterion Collection every Saturday on Hollywood Suite.