The Huge Impact of 1999's The Matrix | Hollywood Suite
MENU

Stylish, visually groundbreaking, and from a team of relatively unknown directors, The Matrix and the Wachowskis became the talk of Hollywood in 1999. Its ability to mix philosophies, utilize film styles from around the world, and push the special effects envelope made the perfect connection with audiences that year.

In a year when much of the world was obsessed with Y2K and the potential failure of technology, a story written around machines enslaving humanity and the disconnection of reality and perception definitely struck a chord.

The Wachowskis also focused on creating Hong Kong-style action sequences choreographed by Yuen Woo-Ping which were a refreshing change from the average Bruce Willis or Schwarzenegger action epic of the 90s. Their work with effects wizard John Gaeta to invent bullet time, a process which focused on capturing action in slow motion instead of at high speed, also went on to be a regular part of action filmmaking and videogames, and changed the game for big budget effects.

The movie became a template for big franchises in the next decade. The effects, including bullet time, flying and wirework fight choreography would go on to be used in superhero films like X-Men (choreographed by Woo-Ping) and Spider-Man that kicked off the next decade. The film also spawned two successful sequels, part of a string of big trilogies over the next decade, including The Lord of the Rings, Batman and the Star Wars prequels.

But perhaps the biggest impact was the insertion of philosophical ideas and mythology into an action movie, something that from The Matrix onward would separate “dumb movies” from those critics would sit up and take note of. Any action movie wanting to be taken seriously to this day wears its influences on its sleeve, both in how it chooses to blow things up and the core ideas it adapts. 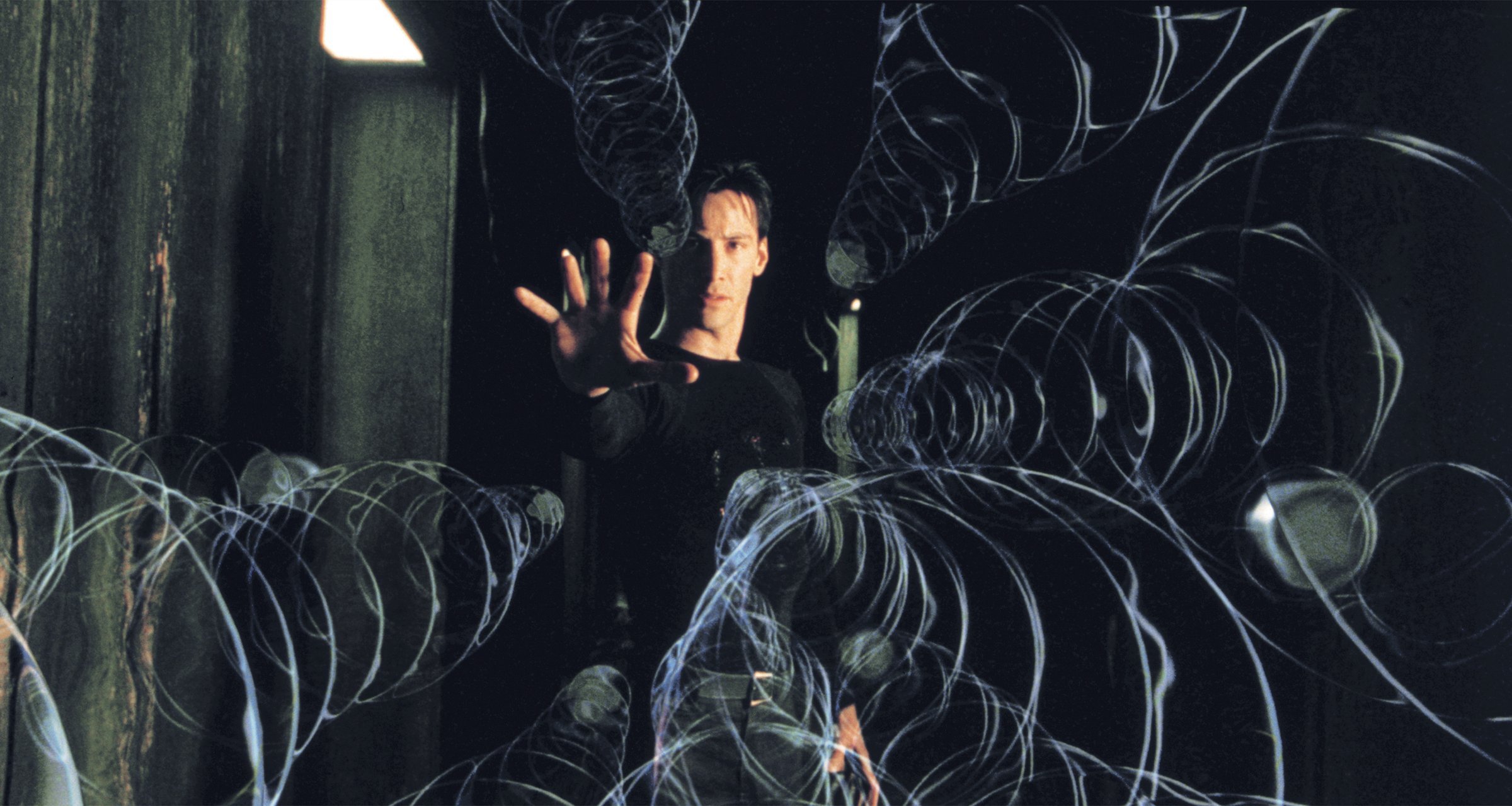 Culturally, the film had a significant impact as well. It was one of the prime targets in the media after that year’s Columbine shootings, making audiences and critics question the role of violence and fantasy and the impact it could have. It was parodied relentlessly as much as it was praised, with comedies from Scary Movie to Shrek taking their shots. It also created a massive surge in the careers of Laurence Fishburne, Carrie-Anne Moss and Keanu Reeves who became international box office draws.

The movie’s success also launched the Wachowskis as a filmmaking force. As two openly transgender women, they are among the highest-paid Queer filmmakers working in Hollywood, and have maintained a regular showing among summer blockbusters. Though their next movies V for Vendetta, Speed Racer, Cloud Atlas and Jupiter Ascending haven’t always hit as big as The Matrix, their ability to mix multicultural film languages and explore new stories has often made an impact in the international box office, something Hollywood looks to more and more in the modern era.