“To this day, nothing has been harder than putting together the last twenty-five minutes of Close Encounters. Nothing.” – Steven Spielberg, 1990

So far, Steven Spielberg has ended Close Encounters of the Third Kind three times. In each version, only one element remains: Roy Neary (Richard Dreyfuss), a Midwestern electrical company employee, after abandoning his family in pursuit of a mysterious vision that visits him following a sighting of something bright and otherworldly in the summer skies, disappears into the belly of a massive spaceship that has come to earth to make friends with people just like Roy, which is to say ordinary folks who have the faith. Like moviegoers, one supposes. Or maybe like Steven Spielberg.

By the time the movie was released in late 1977, Spielberg, just 31 years old and enjoying almost complete creative freedom in the wake of the industry-rattling success of his voraciously popular killer shark movie Jaws, had been carrying a version of Roy's story in his pocket since he was a teenager. Growing up in California in a home stressed by divorce, the Jewish kid had always felt like something of an alien in his own suburban world, and he'd turned to movies not only as a source of deep fascination, but a means of escape. This is where the lines separating the character from the creator begin to blur. If there's one thing that Close Encounters has in spectacular spades, and which it depicts with a sense of rapt wonder that often verges on a kind of religious calling, it's escape. Replace Roy's soul-stirring encounters with extraterrestrial lifeforms with Spielberg's own transfixing belief in the power of movies, and you've got the most personal movie the man has ever made. 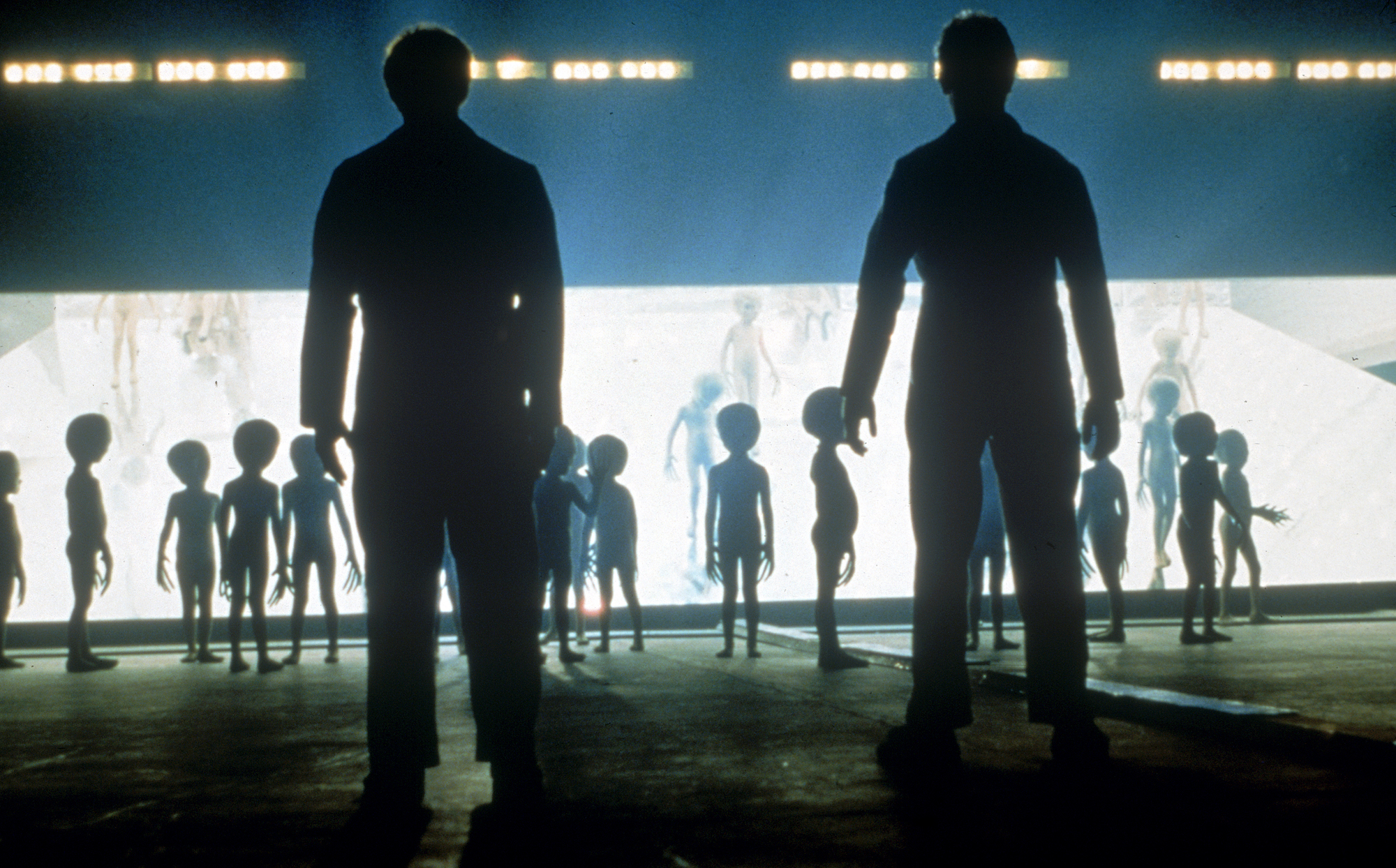 No wonder making it wasn't easy. And I'm not just talking about the legendary delays, cost overruns, technical challenges and rumours of production disaster that leaked in the press so regularly during the film's extended making during '76 and '77. I'm talking about Spielberg's relationship with Roy, the everyman true believer who literalizes the director's own unconditional devotion to making movies and winning the open-mouthed awe of the masses.

If Roy can reasonably be read as a Spielberg surrogate, he's a very, very complicated surrogate. What's fascinating is that, no matter how hard or often the director tried to smooth the contradictions and thorny irrationalities of his hero, they never quite fully submitted to the attempts. For there's no getting around the fact that Neary, as charmingly childlike and unconditionally faithful to his vision as he is, is more than a little crazy and off-the-rails irresponsible. There's no getting around the fact that this is a guy who not only traumatizes his family with his all-consuming fixation on the vision implanted in his head by a late-night encounter with an airborne craft that so memorably passes right over his truck – leaving half his face a hot pink from the lights above – but who abandons them to go running after little men from outer space.

Depending which version you watch, Roy is either more or less crazy, but he's never not crazy. Therein, one presumes, lay Spielberg's own obsessed fixation on the character. As much as it might have fundamentally contradicted the writer-director's own Disneyesque dedication to creating movies that filled people with wonder and made them feel good, in Roy Neary Steven Spielberg had created a man you could only love if you accepted that he was more dedicated to (literally) following his dreams than protecting his own family. 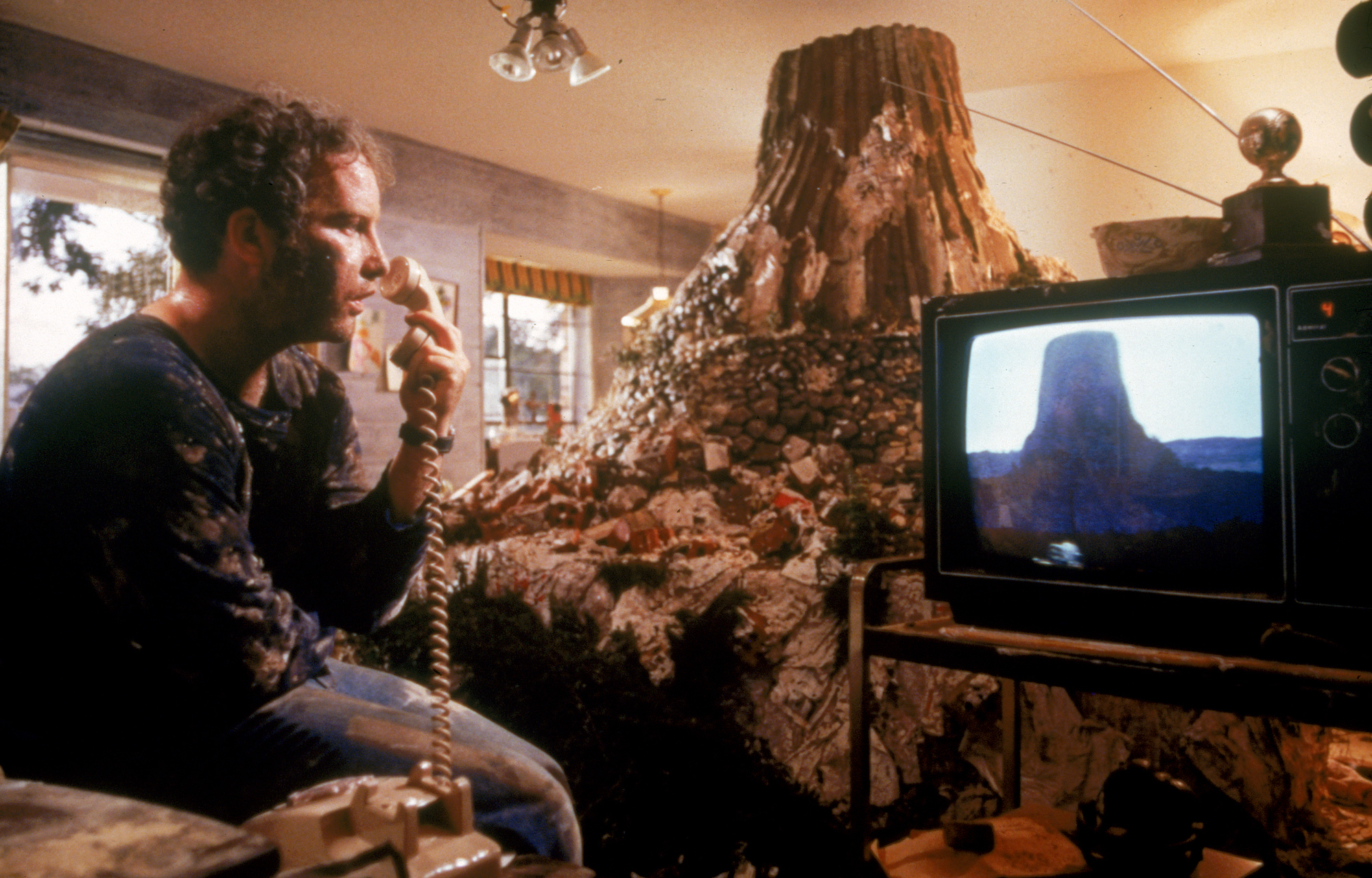 For if there was one fact no version of Roy's final deliverance into the belly of the mothership could avoid, it was that Roy had run away from his terrified wife (Teri Garr) and kids and was almost certainly never coming back (Unless, that is, he convinces his new hosts to pop by Muncie, Indiana for a proper farewell before heading off to god-knows-where). He might have found his dream when the ship descends like a great spinning, upturned Christmas tree over Devil's Rock, Wyoming (the striking geological anomaly that we've seen Roy try to replicate in everything from yard backfill to mashed potatoes), but he can only realize it by leaving behind everything mainstream popular culture – and Spielberg's beloved Disney movies most of all – has always placed at the very top of the value chain: marriage, home, family, and a father who is always there for his kids no matter what.

Roy may be both justified and transfigured by his transcendent encounter with the new arrivals from another world, but he can only do so by leaving everything sentimental mainstream American culture – which no filmmaker since arguably Frank Capra has embodied quite as effectively or irresistibly as Steven Spielberg – holds most dear.

What no version of CE3K contains is an image that nevertheless haunts the movie as much as those lights in the sky haunt Roy: his family sitting in their suburban home, surrounded by the wreckage and debris Dad generated while possessed by the dream, wondering what the hell happened and how they'll possibly live now. There's a lot of light in Close Encounters: light from above, light filling the night sky like a heavenly Fourth of July show, light beckoning us to find its source and bask in its glory. Indeed, light and our attraction to it is arguably what the movie, on one level, is about. But no amount of light can obliterate the shadow Roy carries when he walks up that ramp and into this child's-eye Kingdom of Heaven. 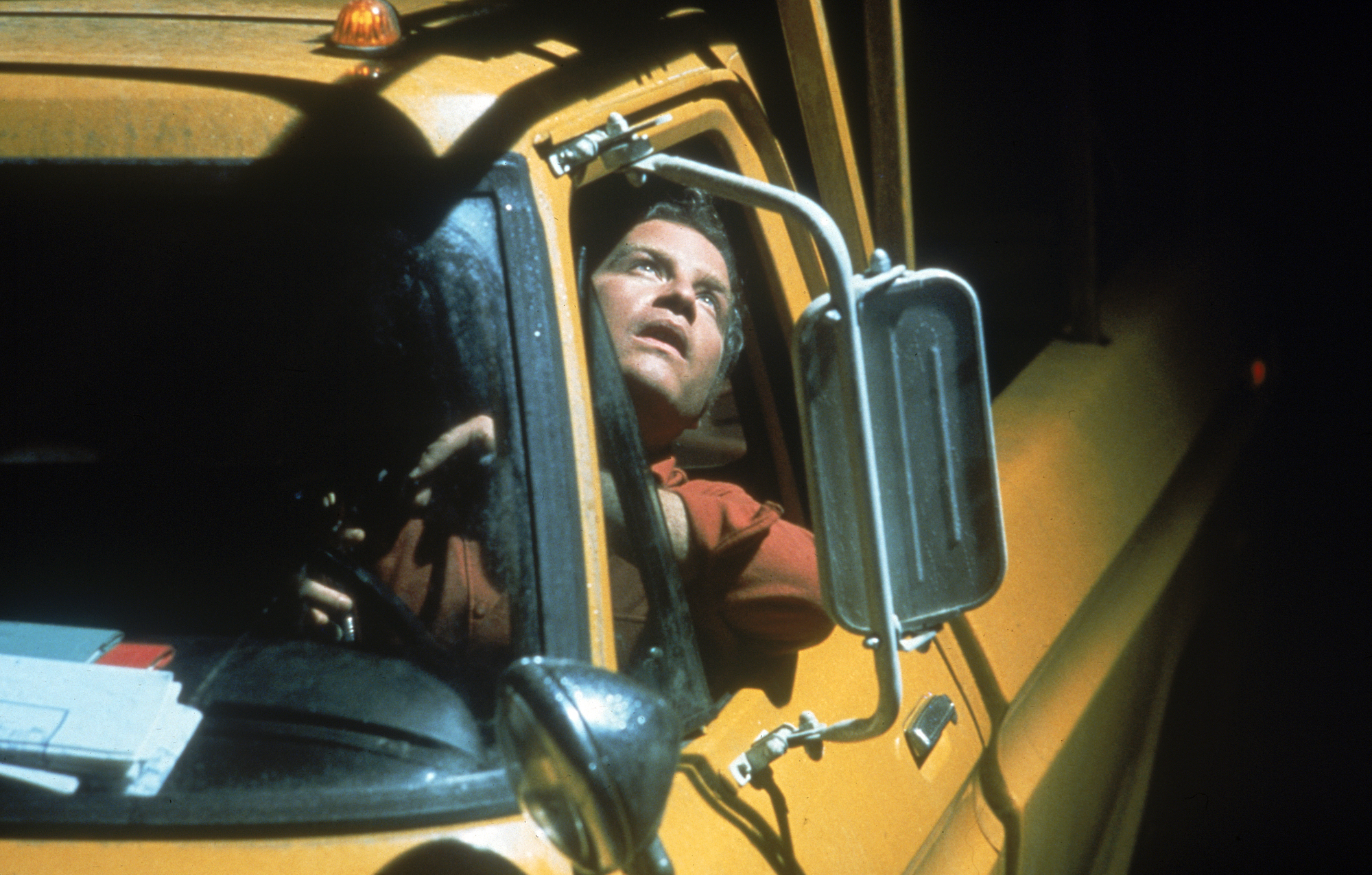 And this is why this movie has haunted Spielberg, who in the 1980 Special Edition of CE3K, not only excised most of the scenes depicting Roy in full domestic mania but included a (badly miscalculated) view of the mothership's interior – which looks more than anything like an atrium in a Vegas mega-casino. He's never quite reconciled his personal obsessions with his professional dedication to mass-market uplift, and no other character in Spielberg's now extensive gallery of dreamers, adventurers, throwback whip-crackers or superannuated children, has so starkly or stubbornly refused to be entirely lovable. (It helps that it's Dreyfus playing Roy, an actor who's always carried more than a trace of desperation in his persona. A decade later, Spielberg likely would have cast Tom Hanks.) But perhaps that's what you get when you create something that springs so freely from personal experience – and remember that Spielberg was barely past being a boy himself when he first imagined Roy – and try to make it conform to the expectations of the outside world. Either you leave the dark matter we all carry off the screen, or you let it seep into the dream: a bit of nightmare intruding even in the brightest dream.

In the so-called “Director's Cut” of the movie (the version playing on Hollywood Suite), released in 1998, Spielberg restored much of the more manic Roy material and removed the ill-begotten Mothership interior sequences. He let Roy mostly be Roy, but not quite as much as Roy was Roy in the initial release.

How I wish he'd done something else instead. How I wish he'd made a movie about Roy coming home years after his disappearance, dropped out of the sky like the long-lost ships and planes that appear in the desert, to show up on the doorstep and try to explain to his family why he left in the first place. He could attempt to describe the wonder of what he'd seen and where he'd been, but none of it would matter nearly as much as just trying to win his family back.