How Serpico Was Perfectly Timed to Make a Big Impact Jul 15, 2016
Scream 2 – A horror sequel that might just be better than the first film Oct 10, 2017
Ghostbusters: How to make a comedy classic Jul 18, 2017
Filming Animal House: Almost Banned From Campus Nov 18, 2019
The Controversial and Provocative Exploitation Thriller The Little Girl who Lives Down the Lane Sep 26, 2019

The big re-gift: How Black Christmas became a Canadian classic

There's something almost too perfect about the fact Black Christmas was largely roasted by Canadian critics when it opened in 1974. Now almost universally considered a benchmark in genre filmmaking – one of those out-of-nowhere low-budget obscurities that changes the genre's rules and elements – Bob Clark's Toronto-made proto-slasher movie was met with considerable home-grown condescension at the time.

The issue? Apparently, Canadians didn't make horror movies – a conviction only bolstered by the fact that Clark was an American – let alone horror movies, like this one, that pulled off something Canadian movies had been trying to nail for years. Black Christmas was a domestic box office hit: a Canadian-made movie Canadians actually paid to see. And that must have hurt almost as much as the horror itself.

But it was also something else, even if that didn't matter much to horror-averse Canadian critics at the time. Black Christmas was one of those rare instances of a modestly-budgeted genre movie with both style and smarts, and as a work of prolonged suspense it hummed as smoothly as a well-oiled machine. The story of a sorority house terrorized by a crazed killer with a predilection for obscene phone calls and subjective POV stalking, the movie was that rare example of a fully-functioning scare generator that also had wit, depth and character. Especially remarkable, considering the cycle of franchise-prone slasher movies Black Christmas helped make possible – the Halloweens, the Friday the 13ths, the Nightmares on Elm Street, etc. – was how gender-sensitive Clark's movie was: the women in the house might have been prey for the killer, but they were also fully articulated women with personalities, independence and – up until they opened the wrong door or climbed the wrong staircase – conspicuous smarts. But it would ultimately take time before Clark's movie was fully recognized for the minor classic of the genre it now is. In 1974, it was a stain on the snow-white landscape of Canadian film. An intruder in the house of our national cinema. 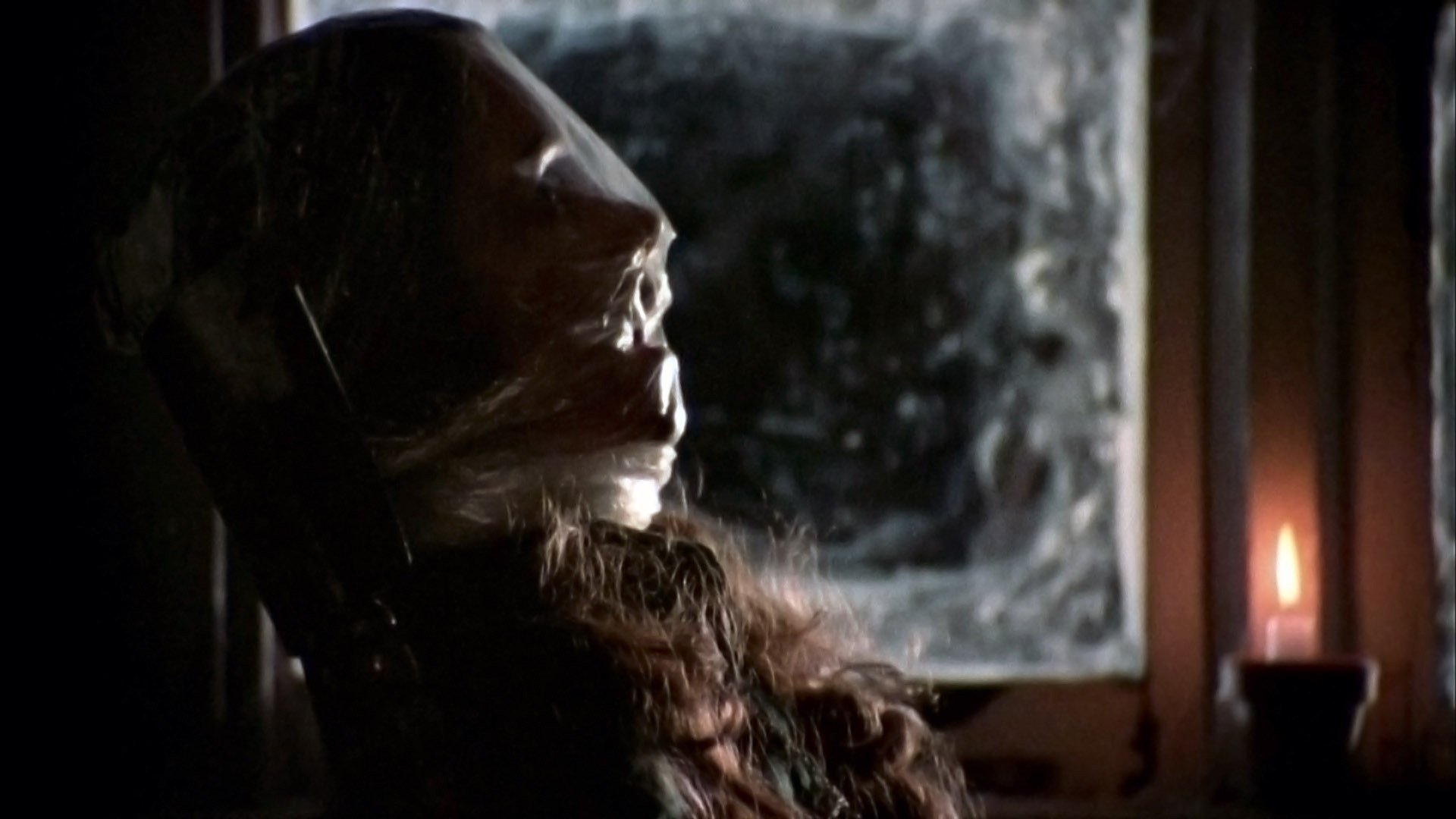 It was only to be expected, of course. Although the Canadian film industry was clamoring for a hit, and despite the fact the government had, by 1974, implemented a tax shelter scheme to encourage the making of commercially competitive Canadian movies, there was just something culturally incorrect about Black Christmas. Not only did it stray significantly from the kind of documentary-realist tradition so many nationalist movie critics were convinced was the only true form “distinctly Canadian” movies might take, it did so with gusto and an unapologetic intent to make audiences as frightened and delighted as possible. So the fact that the movie had the already urban-legendary “Babysitter and the Man Upstairs” scenario as a key plot point is almost too ironic: just as Olivia Hussey's stalked sorority sister is horrified to learn that a mass killer is inside the house, so the Canadian critical community in 1974 was panicked and alarmed that a horror movie had been made inside Canada. Oh my god: who had left the door unlocked?

By the time I began studying Canadian film in university, the only Canadian movie I'd seen more than once – apart from NFB documentaries in regular classroom rotation – was Black Christmas. I saw it at least twice when it opened in late 1974, and on TV whenever it played. Yet Black Christmas was never mentioned during the course of my study. The reason why became increasingly apparent as the course progressed and a certain kind of “Canadian cinema” emerged: a cinema based in realism, the struggles of ordinary people, and the hard truths that crushed dreams. It was not a cinema of fantasy, sensation or anything so vulgar or profane as pure fun. (Needless to say, David Cronenberg was still in the wilderness.) Even if it was not directly addressed, Black Christmas nevertheless loomed in the background of this evolving history as a kind of stain or shadow. It was the kind of Canadian movie that wasn't properly “Canadian,” and its very existence was something of a threat to the integrity and future of a national cinema worth having. The problem was deciding what kind of cinema was indeed worth having. If it was only those movies approved by the chorus of culturally nationalistic critics and scholars determined to identify and protect what they saw as properly Canadian movies, then who were the Canadians they represented? And if movies like Black Christmas didn't make the cut, then how do we account for the fact more Canadians probably actually paid to see it than everybody who'd watched Nobody Waved Good-Bye, Goin' Down the Road and Paperback Hero combined? What was the good of a so-called Canadian cinema that so few Canadians actually watched?

For anybody who wasn't there, it may be hard to comprehend the circumstances and priorities of the cultural gatekeepers of the day. You need to understand that the process of marking and identifying Canadian cultural artifacts wasn't just an academic conceit or abstraction in the early 70s, it was considered something of a matter of cultural life or death. The surge in Canadian nationalism had begun around Expo 67, been reinforced by the federalism of Pierre Trudeau, and by 1974 was firmly installed in the academy and even mainstream journalism. It was a dream of its own, of course: a dream of a proudly sovereign cultural voice and tradition. The problem was, it had little to do with Canadian reality, wherein most of the citizens presumably represented in these distinctly Canadian movies never actually saw them. If they'd seen any Canadian movies by the time I entered Canadian film study, it was probably Black Christmas.

The process by which Black Christmas was not only reclaimed but celebrated as Canadian is a fascinating and telling one. As cultural nationalism became an increasingly sticky concept as the country grew, changed and entered the era of globalization, genre came to be included as a fully patriated Canadian form, and scores of hitherto scorned or abandoned Canadian-made titles – very many of them horror movies – were suddenly angling to crack the canon of fully-certified CanCon. (Another key development in this change was the long overdue welcome to the fold of David Cronenberg.) And at the thin end of this wedge was Black Christmas: not just a Canadian movie, but a Canadian horror movie as good as any from anywhere, and proof that in disqualifying genre entertainment from the proudly Canadian cultural sweepstakes, we were ignoring something both vital and critical to the national character: we can make so-called trash as good as anyone can, and sometimes so good it begs to qualify as art. Black Christmas never pretended to be art. But it was simply too good to be left in the trash. And maybe the trash itself needed to be re-considered, and indeed has in the past several years. With Black Christmas as the model of rehabilitated cultural delinquency, what other treasures might possibly be hidden there?

Watching Black Christmas today, I'm equally fascinated by the backlash it inspired in its day and the route by which it has become not only something of fixture in the Canadian movie canon, but a landmark in genre moviemaking. The irony is irresistible: disdained loudly upon release for shamelessly adhering to the cheap conventions of commercial American movie-making, it is today heralded for its originality and prescient anticipation of the direction horror would take in the coming decade. In other words, it is now considered essential on two fronts: as a Canadian-made movie, and as a genre game-changer. In that turnabout in status, something fascinating is revealed in the way we've come to think about just what exactly is Canadian.