Where the Truth Lies: All the President’s Men

I entered my one and only year of journalism school in 1976, just months after the release of All the President’s Men. Bob Woodward and Carl Bernstein (played by Robert Redford and Dustin Hoffman in the movie) were near household names at the time, and it seemed to me the movie was an effective recruiting tool: I’d say half of my cohort wanted to be Woodward and Bernstein, while the other half were taking their lead from the gonzo antics of Hunter S. Thompson. (This group tended to party a lot more.)

On its surface, All the President’s Men was unlikely blockbuster material. Most of the movie consisted of phone conversations; those conversations were often engaged in byzantine, slow-drip details of the Presidential scandal known as Watergate – wherein Nixon’s White House was implicated in a botched attempt to burglarize the Democratic National Committee’s office in D.C.’s Watergate Hotel — and the attention required to keep up with the accumulating dirt was asking a lot of viewers. Not to mention that journalism has to be the least cinematic profession this side of telemarketing. Yet a hit it was, and in the decades since its release All the President’s Men has approached something like classic status. 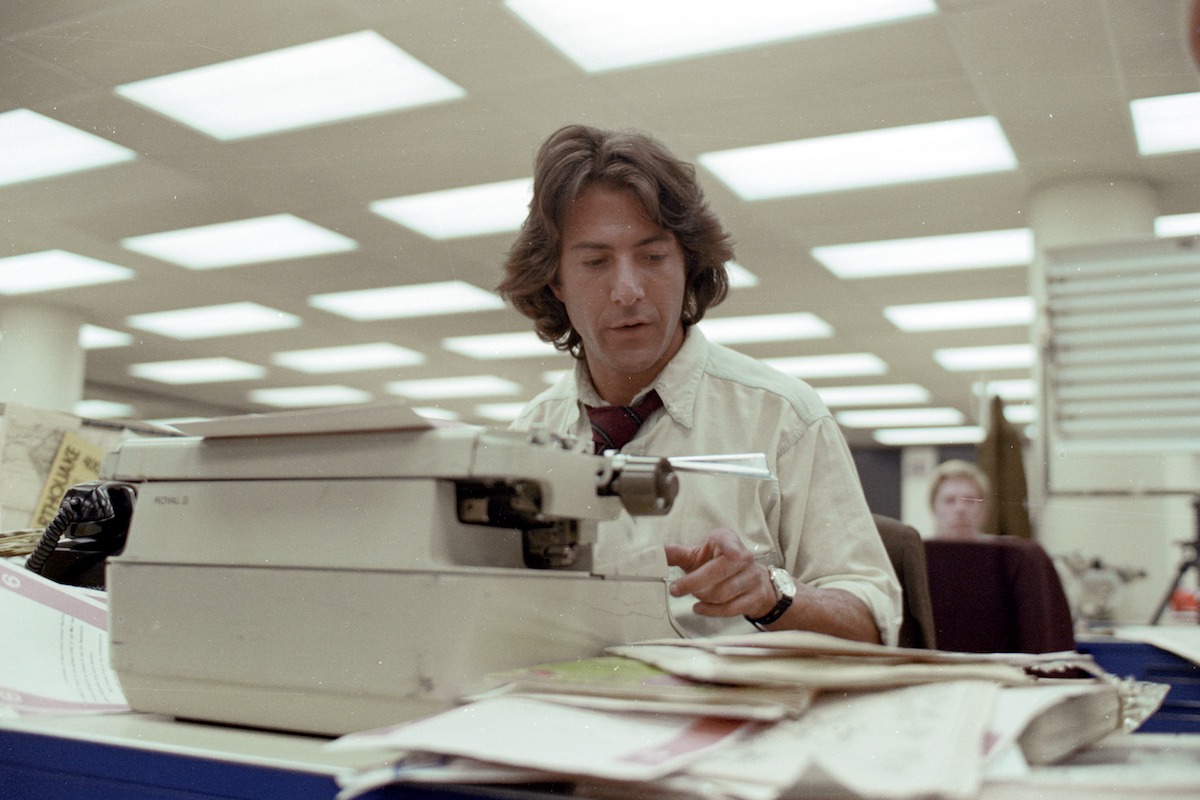 When I interviewed Robert Redford at Roy Thomson Hall in 2005, it was clear this was a movie – released at the peak of his box office popularity – Redford took special pride in. Certainly, he was instrumental in its very existence, having purchased the rights to Woodward and Bernstein’s book before it was published, involved himself in the casting, writing, and hiring of director Alan J. Pakula. (At one point, unhappy with the latest draft of William Goldman’s script, Redford and Pakula themselves did extensive re-writes.) As is customary with so many more ambitious Hollywood releases, President’s Men was met with considerable skepticism and doubt by studio executives, who (not unreasonably, to be fair) thought a movie about two obscure reporters talking on the phone and lurking in underground parking garages hardly seemed like hit material. It was Redford who kept pushing, and he deserves considerable credit that All the President’s Men came to be.

In hiring Alan J. Pakula to direct, Redford was reaching out to a director already proven an artful simulator of dread, doubt and ambient paranoia. Two of his previous movies – Klute and The Parallax View – were steeped in pervasive uncertainty, and featured protagonists whose mission to expose the truth only drew them into deeper darkness. In other words, Redford hired a modern day practitioner of contemporary film noir. 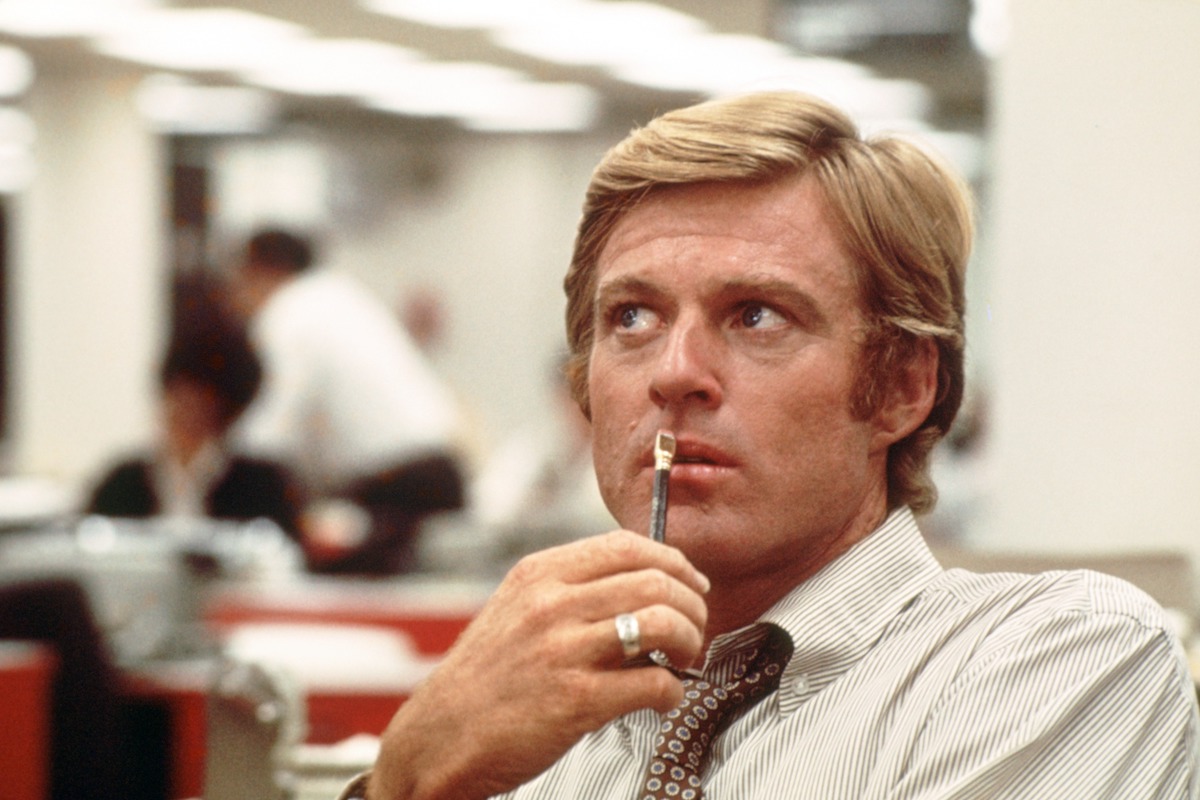 Aiding critically in this effort was Gordon Willis, a cinematographer proven in the art of darkness. A notoriously particular craftsman who specialized in darkness, Willis was already an established artist due to his work on both Godfather Movies and Pakula’s The Parallax View.

It was an inspired choice: perhaps no one but Willis was capable of drawing out the menace even in the most unlikely places, including brightly lit newsrooms, cozy sitting rooms and – especially – the underground parking garage where Woodward regularly meets up with his anonymous deep state informant Deep Throat. Although almost everybody knew the outcome of the mystery – which led to Nixon’s inglorious resignation in August ‘74 – the film riveted audiences with its detective story structure and mood. Also borrowed from noir detective movies was our perfectly synched awareness of what was going on: we learn clues at the same time Woodward and Bernstein do, and never know anything more than they do. This makes the ultimate outcome less relevant than the murky path to get there, and helps us share just how unnerving the vulnerable young reporters’ journey is. 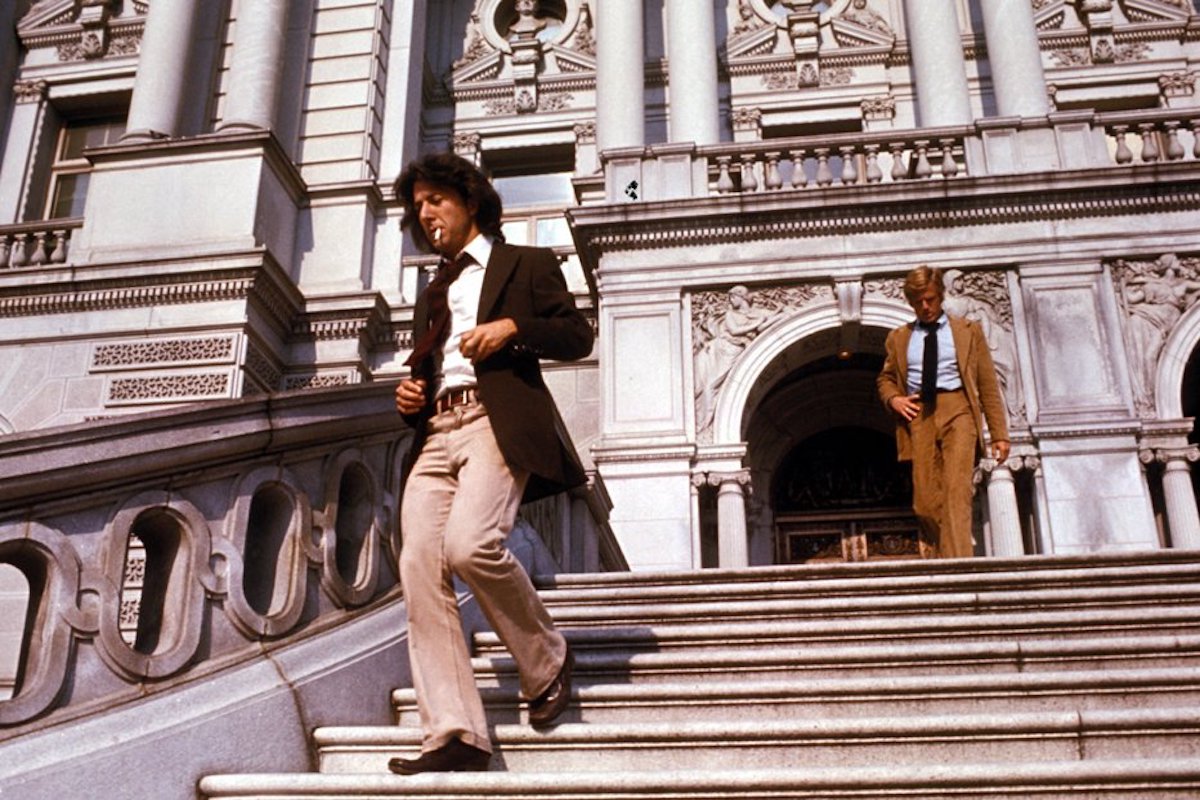 Released in spring 1976, the movie can’t be counted as a major influence on the rise of the unlikely Georgia Democrat Jimmy Carter, but it certainly didn’t hurt. Although not overtly partisan, the film’s casting of the Nixon Republican presidency as a largely faceless cabal of conspirators, liars and desperately self-interested goons fed liberal suspicions of White House ‘dirty tricks’ synched up perfectly with the uneasy post-Watergate zeitgeist. And reporters, in this equation anyway, were depicted as lonely and fearless champions of the truth, all the while rising conservative tide in the country was already blaming the allegedly left-leaning media of its own conspiracy: to demonize not just the president’s men but the entire conservative movement. In this, it equated truth with the efforts of a pair of implicitly liberal reporters whose intrepid digging led to the fall of a corrupt presidency.

This was a feel-good message for its moment, despite (or perhaps because of) the fact that the medium delivering it was so dark and menacing. Acting as our surrogates on a quest to topple a thoroughly disreputable White House regime, All the President’s Men was that genuinely rare noir which ended happily (if cautiously so). But the ultimate removal of Nixon from office in August ‘74 only goes so far in accounting for the movie’s enduring fascination and impact: true, the head had been lopped off this particularly insidious conspiracy, but the body below, the movie implied, was still ridden with what former White House attorney famously call “a cancer on the Presidency.” Perhaps all those keen J-school Woodstein wannabes I saw were on to something: that this was a job requiring constant investigation and exposure. Certainly no one following the current political climate in the U.S. could argue with that.

Find the next playtimes for All the President’s Men (1976) on Hollywood Suite. 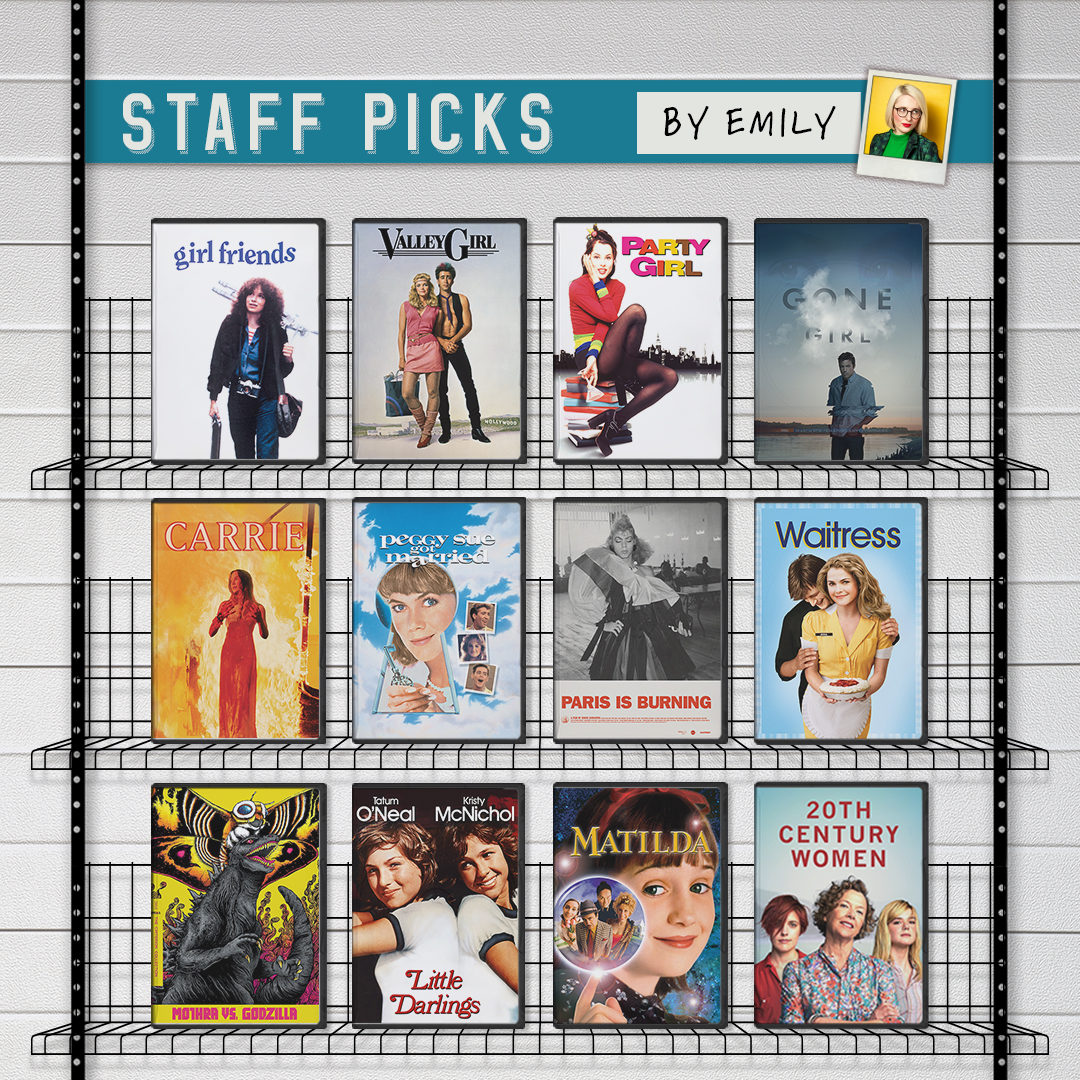 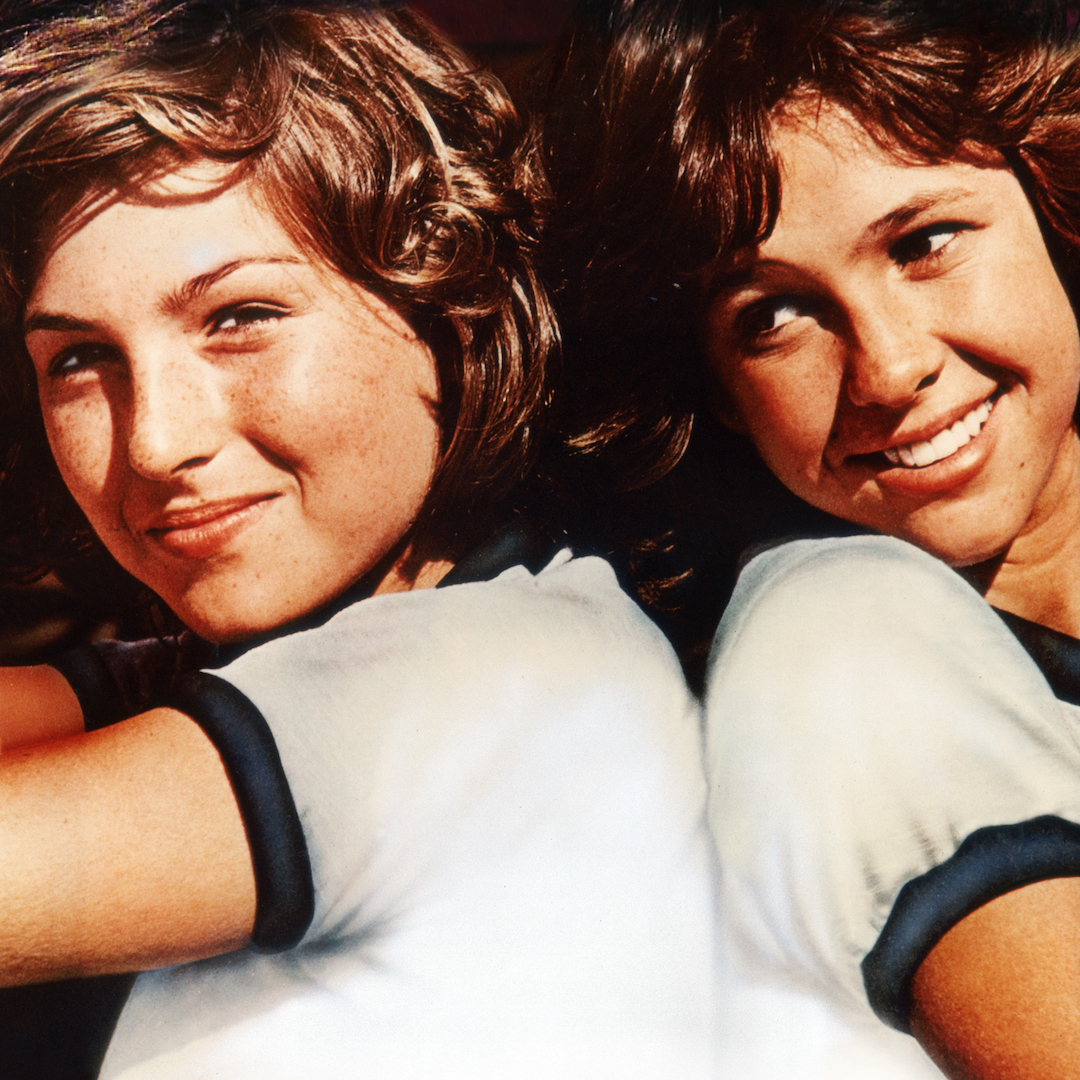 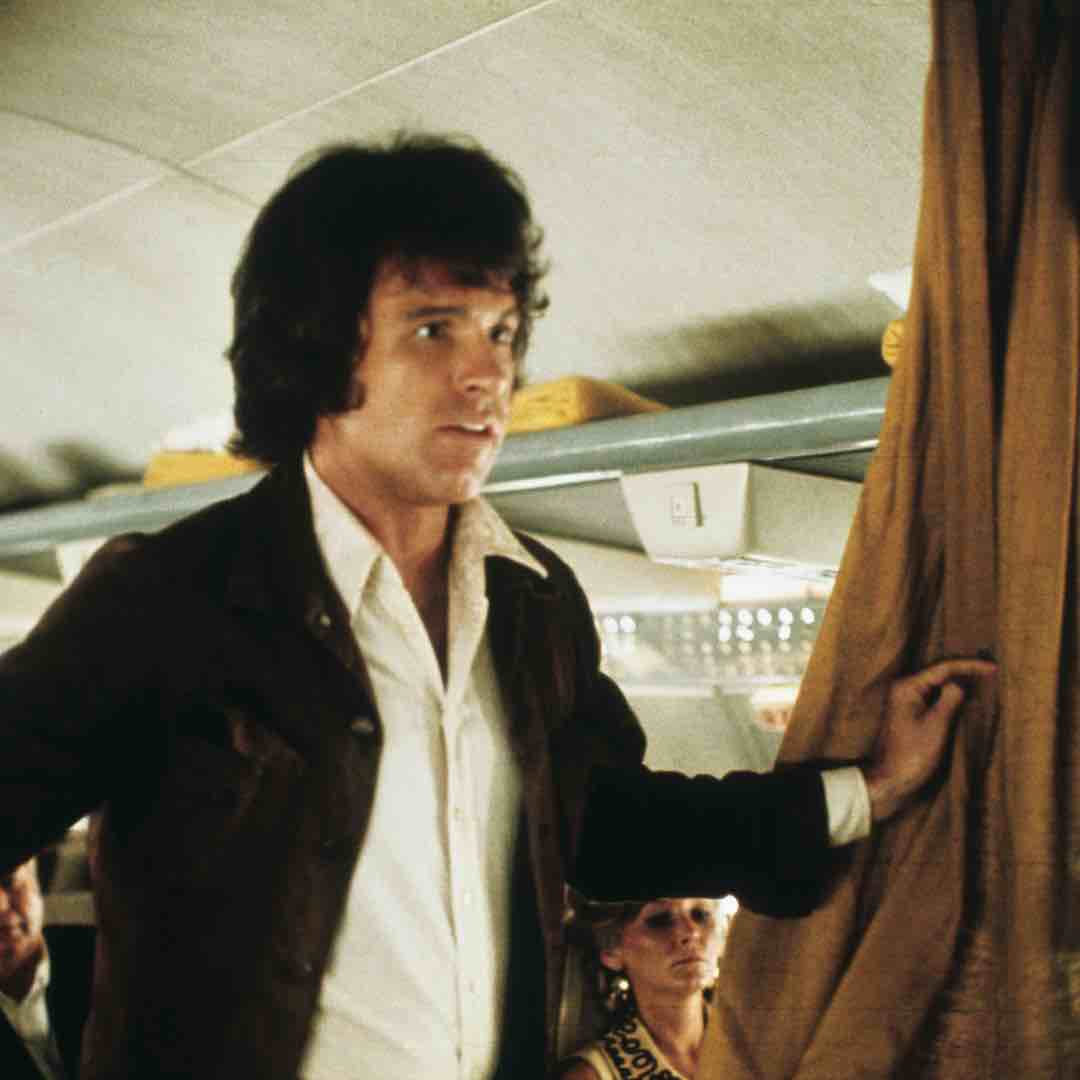