The late acclaimed film critic Roger Ebert has said that Alex Proyas’ 1998 Dark City is a film you cannot forget, and I would have to agree. Set in a dream-like world, genres meld and the subconscious of humans and their ability to control their destinies are questioned. Dark City takes you on a heady journey, asking the audience what is beyond memory and here and now, challenging our identities and whether we have the insight to break free of them.

John Murdoch (Rufus Sewell) can’t remember who he is or why he has woken up in a dingy hotel room with a dead call girl on the floor. Frank Bumstead (William Hurt) is a police inspector investigating several murders of the city’s prostitutes. When Murdoch is reported missing by his wife Emma (Jennifer Connelly), he becomes Bumstead’s prime suspect, but no one expects a more sinister agenda afoot. Murdoch, Bumstead and the entire city are at the mercy of The Strangers, a group of pale, ominous beings who control this dystopian retro world. Every twenty-four hours at the stroke of midnight, The Strangers, led by one of the more ruthless overseers, Mr. Hand (Richard O’Brien), stops the city in its tracks and commences something called the “tuning,” physically rearranging buildings, streets and landscapes. Its inhabitants’ lives are altered with a syringe to the head full of new memories, administered by the cowed but wily Dr. Schreber (Kiefer Sutherland). The Strangers’ goal is to determine what makes us human, so their dying alien race can benefit from our mortal shells. They soon realize Murdoch is different and determined to figure out the mystery set in perpetual night before the city succumbs to The Strangers’ machinations. 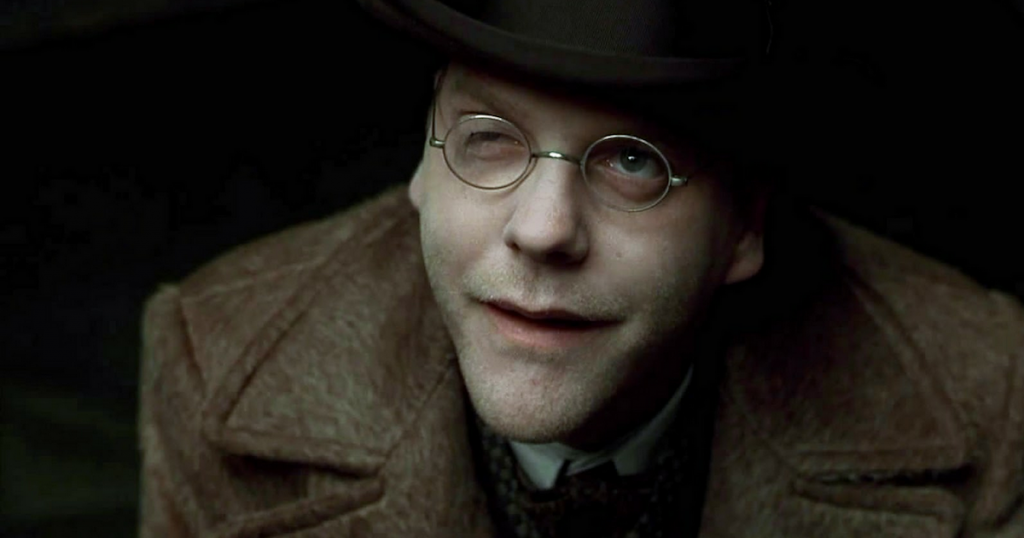 There’s nothing that makes me happier than when filmmakers challenge genre and combine concepts that defy categories. Dark City’s story of a man who can’t remember his past and is the prime suspect in a series of murders is a simple premise, but what makes this movie unique is the cast of characters and the twists used in the film noir template. Proyas created a sci-fi noir hybrid with a gorgeous set design that pulls on many influences. The world-building he does alongside screenwriters Lem Dobbs and David S. Goyer is so intricate and thoughtful it’s hard to look at everything all at once. Sets and costumes are a blend of bygone eras from the 40s, 50s and 60s, as well as the influence of German expressionism like the classic film Metropolis (1927) and the art of American realist painter Edward Hopper transports the audience to a world that is familiar and foreign at the same time. You’ll see Hellraiser (1998) and Nosferatu (1922) references for the horror aficionados, and Dark City is a precursor to The Matrix, another film questioning our reality released the year after in 1999. Of course, we can’t forget the special effects and the gorgeous cinematography by Hollywood veteran Dariusz Wolski. It’s an interdimensional mingling of ideas to create a dark world where isolation and manipulation of the human spirit are paramount.

Proyas enlisted a top-notch cast here as well. With Sewell, a consistently underrated but brilliant actor, Connelly, Hurt and O’Brien, the talent is just as different stylistically as the plot twists of Dark City. From an Academy award winner to a beloved actor from The Rocky Horror Picture Show (1975), one of the most influential musicals of all time, they take on roles that complement their strengths. Hurt’s stoic nature matches Sewell’s earnest pursuit of the truth, and Connelly adds a softness that contradicts the typical femme fatale. Sutherland is a surprising anti-hero as Schreber, the doctor coerced into helping The Strangers with their experiments. Proyas was inspired by Daniel Paul Schreber, a German judge who documented his schizophrenia in a book which was valuable to psychoanalyst greats Sigmund Freud and Karl Jung. Sutherland plays him with a memorable, weaselly gusto and a touch of Dracula’s Renfield with attitude thrown in. 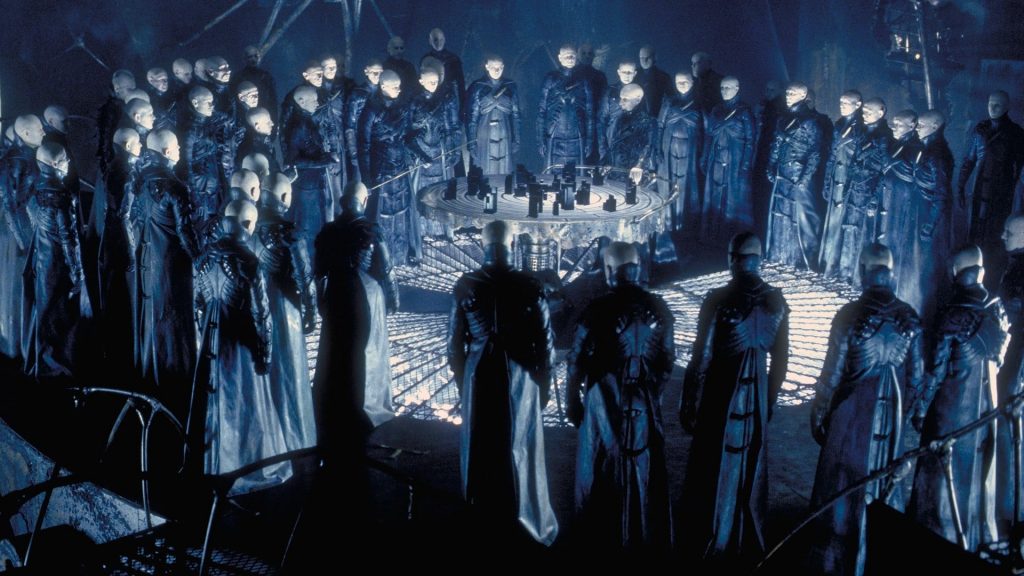 Proyas had been writing the story of Dark City since 1990, and after directing The Crow in 1994, went for another dark fantasy drama. The unforgettable characters of The Strangers came to him in a dream, only to be realized on screen, utterly terrifying as they float across the dystopian city and control the minds of unsuspecting citizens. They represent so much in this film, as they try to crack the mystery of the human soul. They are all at once alien abductors, instigators of mental illness, and a future without hope, with a hive mentality just like the troubling side of the internet and social media. Through The Strangers’ eyes, they build a world mimicking humanity, an amalgamation of eras because they don’t know what it is to be human or to love. As a result, everyone goes through the motions without feeling or awareness except Murdoch. We are lab rats in this existential experiment, and this film prods the viewer to think about who they are and where they fit in the world.

Dark City is a cerebral film in the best way. Film scholars call it a postmodernist movie, and according to screenwriter Dobbs, one “built on the debris of the past.” Industrialization, isolation and toeing the line as drones are all part of the puzzle, and layers of themes, symbolism and interpretations are left up to the audience to determine which one they resonate with. For those of you who are sticklers for story, the theatrical release included a voice-over by Schreber explaining who The Strangers were and why they created Dark City. In 2008, a director’s cut was made available on physical media, where Proyas’ vision is realized with extra scenes and a new opening to the film. It’s a version the director says leaves the audience to figure out what is going on instead of revealing too much mystery. In my opinion, it’s a better way of experiencing the film since it makes the viewer an active participant instead of just an observer. So, wander down the hidden streets of Dark City to find out who is really in charge of our destinies.

Find the next playtimes for Dark City (1998) on Hollywood Suite. 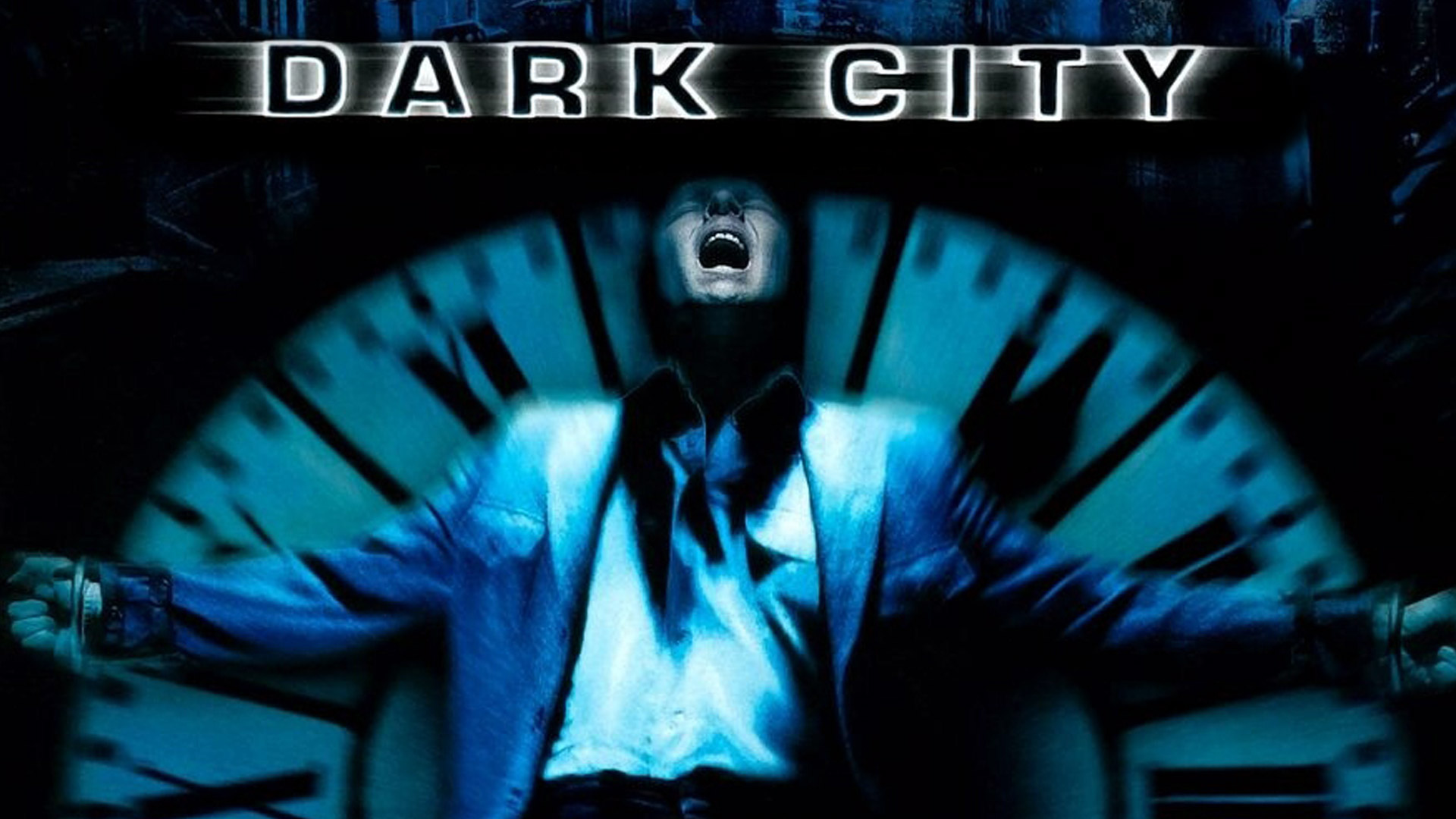