If You Go Down to the Woods Today: Deliverance, The Great Outdoors, and Vietnam Blowback
MENU

If You Go Down to the Woods Today: Deliverance, The Great Outdoors, and Vietnam Blowback

When John Boorman spoke, as he often did, in terms of his seminal 1972 movie Deliverance, as being about men who return from war, he wasn’t just indulging in hyperbolic metaphor. He was simply acknowledging what might otherwise have remained hidden among the movie’s many floating points of influence and interpretation. He was saying that the experience shared by the movie’s four comfortably off-the-grid suburban weekend warriors was altogether too much like the experience of American men sent into combat in Vietnam (men, moreover, then being dispatched to the long and seemingly endless war in Southeast Asia by the thousands): men who were immersed in a hell they never even imagined, and who are then expected to re-integrate themselves quietly and seamlessly into society no matter how traumatized their state.

In what may be this extraordinarily forceful movie’s most evocative scene, the group’s most sensitive and principle member, the proud father Ed (Jon Voight), enters a room where dinner is being served in a rooming house: this is where Ed and his good buddy Bobby (Ned Beatty) have been put up after their long weekend ordeal in backwoods Georgia. Bobby, as you’ve likely heard even if you haven’t seen the movie, bears the awful burden of having been raped in Deliverance’s most notorious and instantly iconic sequence. The weekend, planned by the boys’ alpha-male pack leader Lewis (Burt Reynolds) as a white-water opportunity to test the presence of our animal instincts beneath all those layers of carefully acquired and nurtured city flab, may have taken on the ugly dimensions of a scrappy guerrilla confrontation between devolved suburbanites and feral hillbillies, but nothing seared itself into our memory (let alone Bobby’s) quite like the scene where Bobby is raped by the foul-toothed mountain man so unforgettably played by Bill McKinney. The "squeal like a pig" scene may be the ultimate pop cultural expression of the darkness that lurks constantly beneath the surface of so-called civilization, and of nature as a kind of repository of our most primitive and basic instincts. Not to mention what it says about the emasculating sexual insecurity of the all-American male. 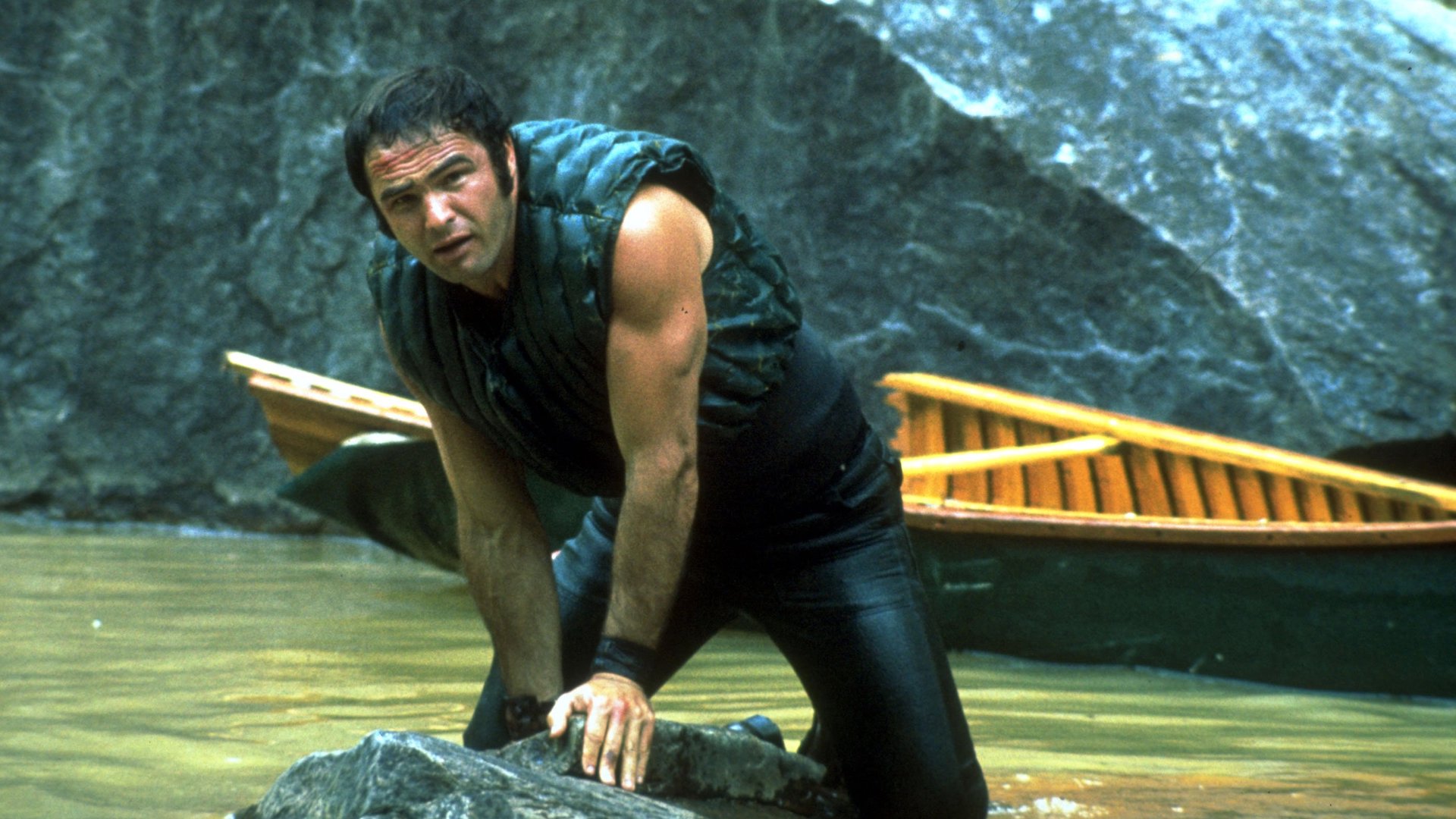 The near-final dinner sequence (which would be evoked in more explicitly Vietnamized terms at the end of The Deer Hunter six years later) wherein Ed and Bobby are welcomed by the rooming house residents as gently and respectfully as men who have been damaged serving their country, is  so intensely moving precisely because we can feel not only the unconditional warmth and kindness being shown to these guys who have seen nothing but horror for the past few days, but we also feel what one knows Ed already expects, and which Voight summons as a silent run of tears down his cheek at the mere existence of this down-home haven of hospitality. If we haven’t been paying enough attention, we can easily read the pain, fear and uncertainty behind those tears. Ed is wondering if he can ever fully be comfortable at that table or any other for the rest of his life. Just to bring that point home, Boorman concocted the movie’s most chilling and indelible image: a hand rising up from the water like the dead grip of the past reaching for victims in the present.

Although Deliverance, released within the same twelve-month period as The Godfather, Last Tango in Paris, Straw Dogs and The Cowboys (in which, speaking of collective cultural trauma – uber-American John Wayne was fatally bounced out of his saddle by a backshooting weasel played by Bruce Dern), Deliverance slipped into the already raging debate over levels of Hollywood violence almost as easily as one of the boys’ canoes slipping into the Cahulawassee River. Whereupon it also hides white-water rapids: the movie was attacked for being pro-violence, shamelessly manipulative and anti-rural, and as the scene where Bobby is raped became something of a wise-ass shoutout – “Squeal like a pig!” – must have made those involved aware, the movie – and its various meanings and interpretations – had acquired a life of its own. Deliverance, originally considered a property too ugly and violent to be produced, was instead an almost instant box office attraction, and it became so embedded in the general discourse you couldn’t take a road trip anywhere outside of the city and not have someone make a connection between here and “Deliverance country” or greet a conspicuously rustic instance of country life with a simple verbal plucking from the movie’s top-40 hit “theme” song, "Dueling Banjos." 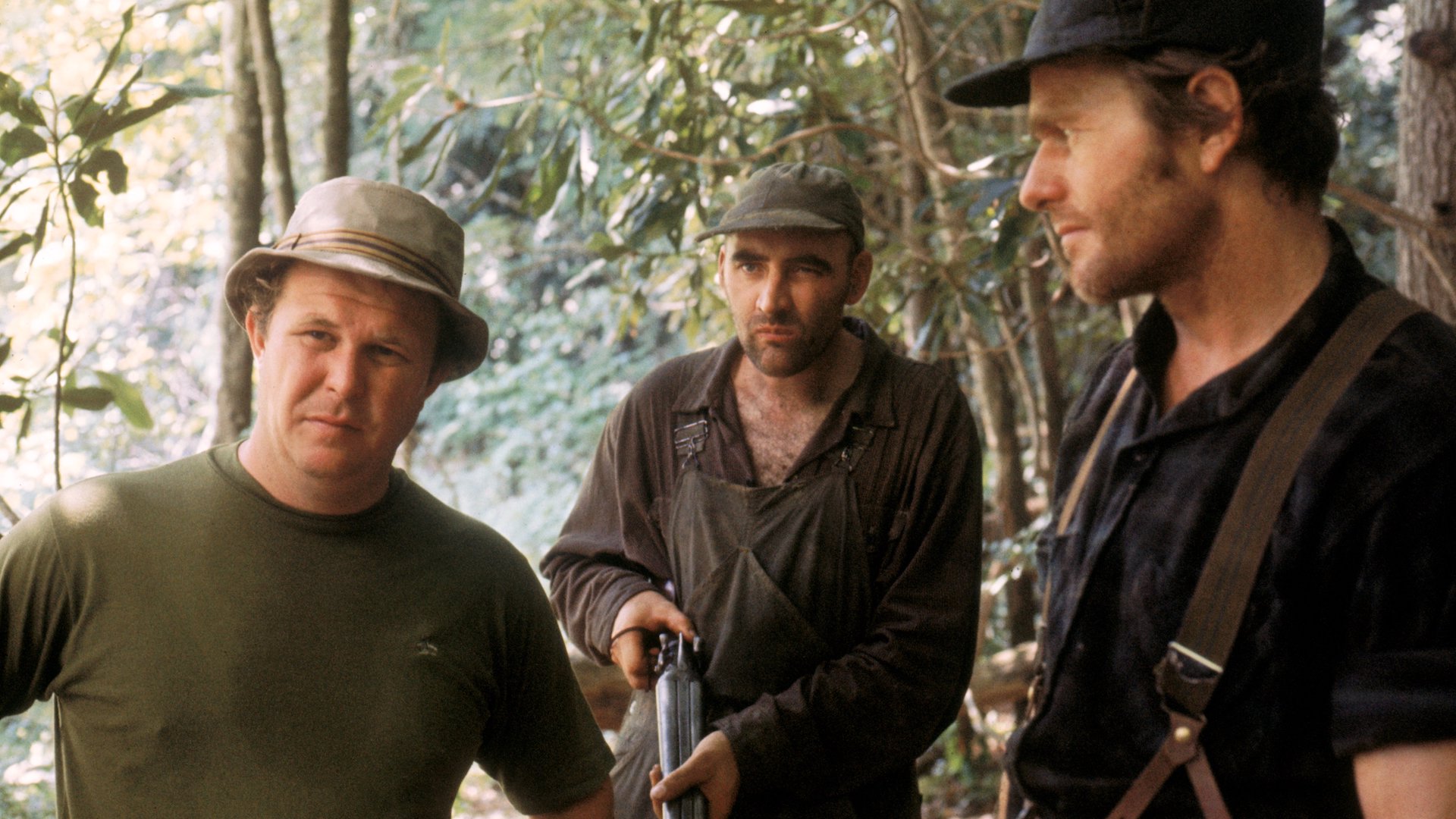 It is a rare thing for a movie to so vividly capture the tone of its historical moment while at the same time reaching beyond that moment to find a form of pertinent purchase on the present. You don’t need to know exactly what was going on culturally, politically or economically in 1972 to get it, but it helps, because a lot of what Deliverance, John Boorman and author James Dickey wanted to stress with the movie – how violence forms a thick layer of scar tissue around the heart and soul – is as pertinent and pressing today as it was back when Richard Nixon was ordering secret bombings in Cambodia, Vietnam veterans were organizing against the war, and the horror of sudden and devastating violence is as near as our schoolyards and campuses, and only as far as Syria, Afghanistan, Iraq or anywhere else people are living with death every day of their lives. The war had come home, but considerably more literally than most likely knew: it was being carried by people who now bore the weight of atrocity either in their memory or conscience, and it was as ugly and damaging as any real war. People weren’t yet talking about PTSD, but we knew the condition anyway: it was what lay behind the eyes of all those war veterans who’d haunted Hollywood movies since first World War. Veterans of the Civil War, the Spanish-American war, the Great War, WWII, Korea, Vietnam, Iraq, Afghanistan. They carried terror and tragedy in their hearts and minds, and they brought them home.

Vietnam is never mentioned in Deliverance, and it’s more than likely that many of the millions of people who’ve seen the film didn’t think of it as a metaphor for the long and tragic misadventure in Southeast Asia, but as time passes the movie’s essential drama of confident but ill-prepared men being lowered into a wilderness hell only seems more inescapably a story about what happens when young men are immersed in violence and revenge far from the eyes of society, and the shattering psychic consequences of killing as a form of survival. I doubt there was any veteran of the war who missed the point. 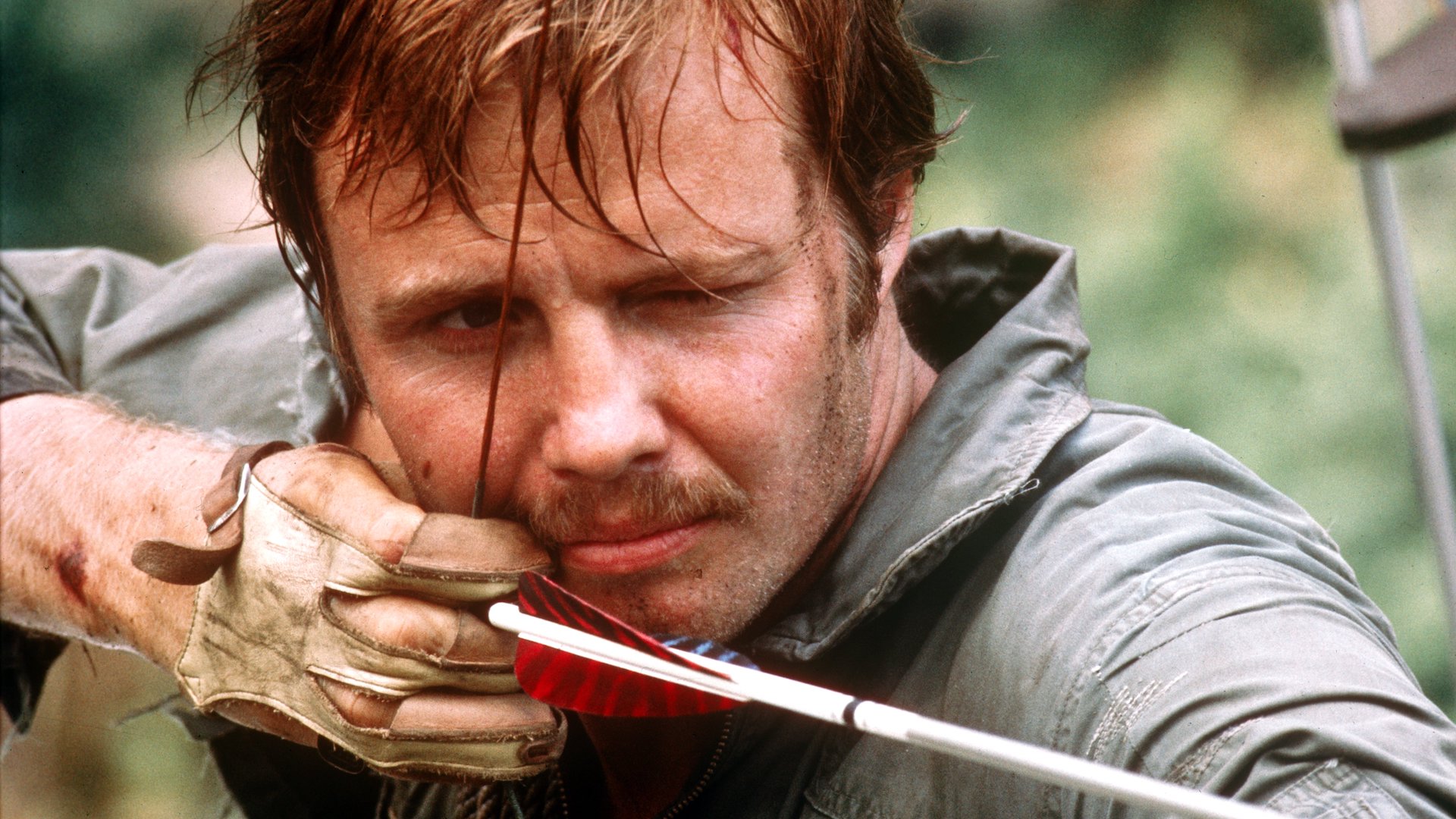 But Deliverance, with its focus on ordinary men going brutally native in the woods, reflected its moment in more ways than the specter of Vietnam. It also belonged to a growing number of movies that dealt with violence and social devolution, often focusing on people who stray too far from the city only to cross over into a wilderness where the worst predators aren’t bears or snakes or spiders but other men. If westerns like Little Big Man, Sultana's Raid and Soldier Blue re-configured the war against the North Vietnamese in terms of the blood shed during the U.S. Government’s war on the continent’s native population, there were dozens of other, lesser known and largely forgotten, movies that traded in the idea that society was unravelling, old rules and codes rendered obsolete, and masculinity itself in a kind of terminal identity crisis.

Drive-ins and grind houses were filled with images of people running through wilderness chased by some rampaging perversion of normal society – The Texas Chainsaw Massacre’s Leatherface being the most iconic example – and whether they demonstrated anything close to the tension and dark grandeur of Boorman’s movie, they could not avoid leaving things as Boorman did: with an ending that unnervingly suggested no ending at all, but a beginning of another war, the one that the men who fought in it brought home. The terrifying thing about this war, which is fought mostly in the bruised minds of people who have endured trauma, is that it truly never does seem to have ended. That was Deliverance’s point: you may ultimately find your way out of the wilderness, but will it ever find its way out of you?