Alma Reville: Recognizing The Contribution of Alfred Hitchcock's Wife and Collaborator in the #MeToo Era

There’s no getting around the fact that Alfred Hitchcock was, to put it very mildly, unkind to his actresses. In the era of Time’s Up and #MeToo it’s hard to ignore multiple performers who recalled the bullying and abuse Hitchcock used to achieve his very precise vision. This wasn’t rare in the studio days of Hollywood, but I wouldn’t blame modern viewers if the spectre of those abuses muddled their enjoyment of Hitchcock’s films. One can’t excuse that behaviour, but I can offer a more complex view of his work that may make it more appealing. Next time you watch, I ask you to consider his often overlooked, but arguably most important female collaborator: Alma Reville.

Alma Reville was working in the movies when Alfred Hitchcock and the film medium were still finding themselves. Reville’s father worked as a lacemaker and costumer in film and she had always shown an interest in it growing up. Starting as a “tea girl” at 16, Alma worked at Twickenham Studios, which in 1915 was the largest film studio in the UK. She acted briefly, but quickly showed more technical proficiency and moved into assisting directors, working as a “cutter” in the edit suites and on set as a “script girl.”

Reville’s positions and proficiencies show the interesting roles that were considered particularly feminine in early moviemaking. While the pioneering days of film saw some women in whatever roles they pleased, eventually the sexism of the industry limited them. Reville’s roles though, especially in editing and continuity, managed to hold out and remain mostly filled by women. Continuity in England and America was so full of women it often went under the “script girl” or “continuity girl” monicker in credits. This female preference has been attributed to everything from a female acumen for the attentiveness that those roles require, to the roles simply being considered as less prestigious and generally avoided by men. Either way, Reville excelled at those positions and became a go-to in her corner of the British industry. 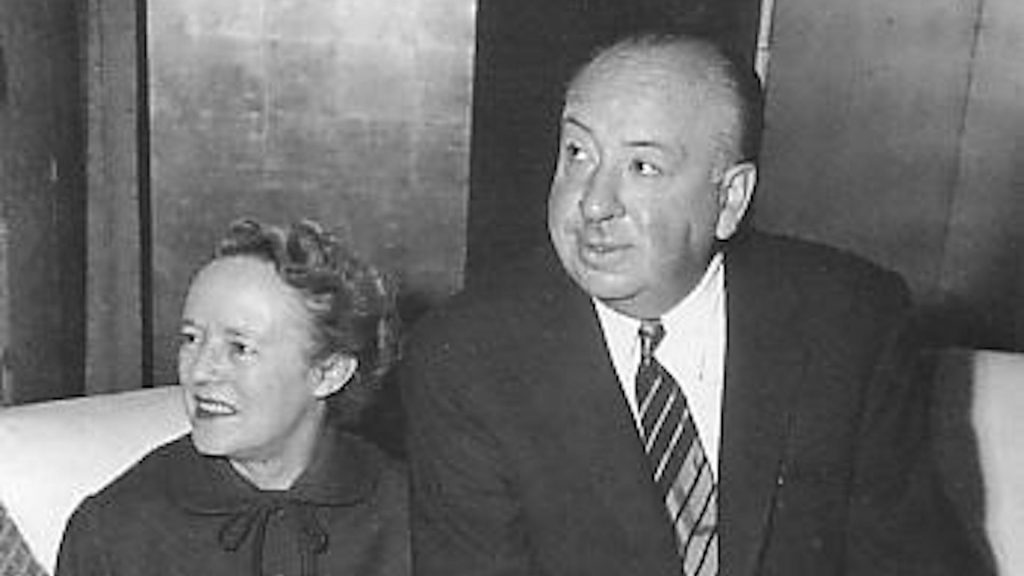 Most biographical entries on Reville start with her meeting Hitchcock while he worked as a graphic designer alongside her work in editing, continuity and writing at the British-based American motion picture company Paramount’s Famous Players-Lasky. He’d give her an editing and continuity role on the first film he assistant directed Woman To Woman. By the 1920s she was writing films, and he was directing, and in 1926 they were married. In 1927 she did uncredited work in writing and continuity on his film The Ring and their collaboration continued throughout his career.

More than their credited collaborations, I think it’s important to see Alma Reville as an artistic influence on Hitchcock. She was a senior technician, someone with an eye for film and interest in being a director well before Hitchcock got involved. From her choice of roles, it’s obvious she prided herself in continuity and precision. As a writer her films were often known for psychologically complex female characters, something Hitchcock admitted was not his strong suit. And yet, when you look at Hitchcock’s work, the importance of leading women and the draw he had for Hollywood actresses for his complex parts (especially with his reputation) is undeniable. When you think of the legacy of Hitchcock, his leading women and his precision plots, I think you see the deep push of Alma’s own work. As he developed his filmmaking voice, Alma’s work and her opinions were alongside him and it’s easy to tell he relied heavily on her as he came to be a respected director and that influence continued throughout his work.

Alma Reville’s credited work eventually became exclusively collaborations with Hitchcock, and ended with 1950’s Stage Fright, but her importance didn’t end with Hitchcock’s move to Hollywood. Alma is said to have contributed to many of Hitchcock’s film treatments and had a final cut approval on his film edits. Though the lack of credits may bump her out of film history, it’s apocryphal that she influenced everything from the use of Bernard Herrmann’s score in the Psycho shower scene, to the casting of some of Hitchcock’s iconic performers. Hitchcock himself takes a significant amount of time out of his Lifetime Achievement Awards speech to credit Alma, first as a technician and craftsperson, and for her importance to his work. Her specific contributions may only be speculated upon, but it’s impossible to deny her work continued alongside Hitchcock throughout his entire career. 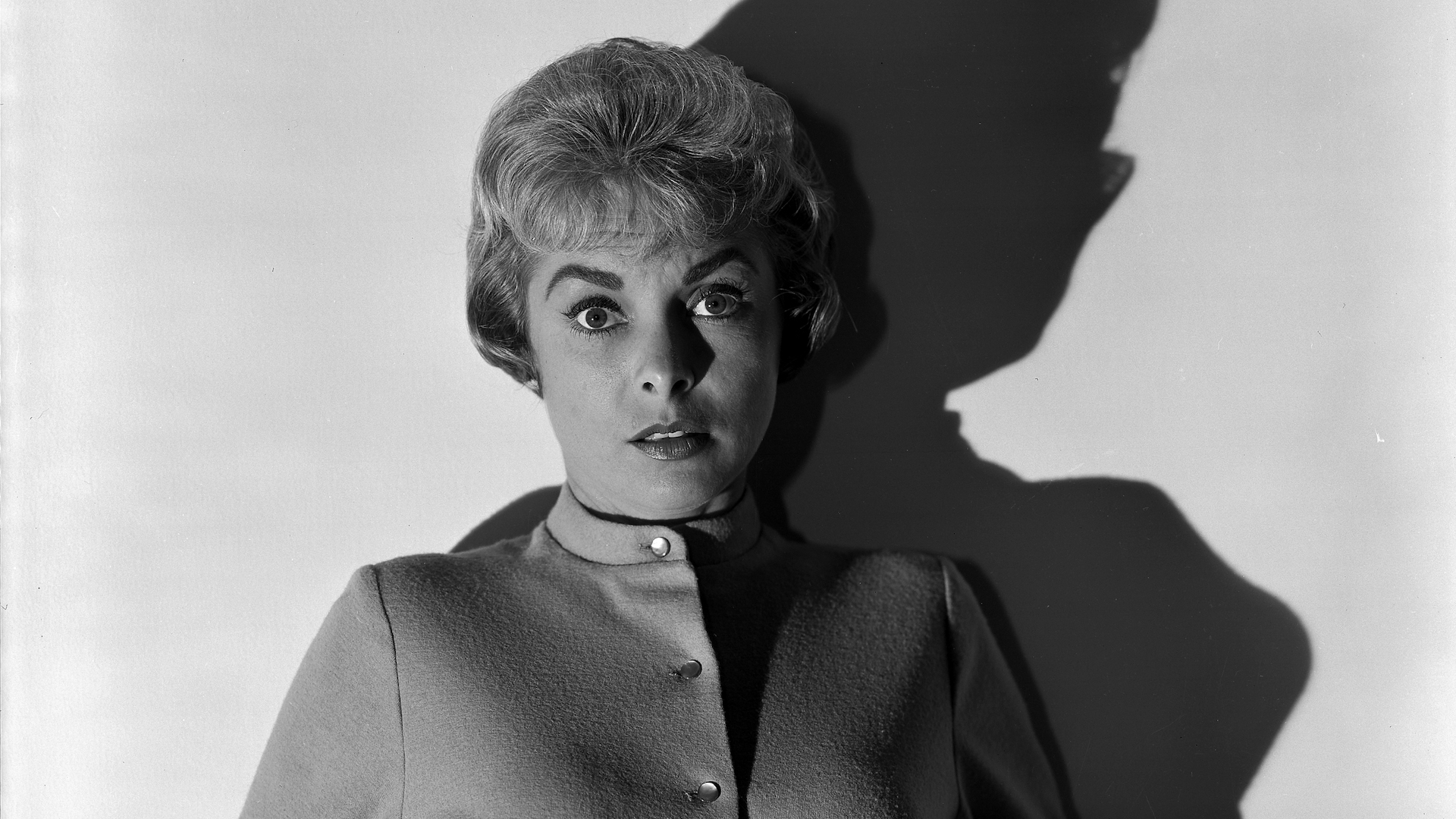 Alma’s contributions do not excuse Hitchcock’s behaviour. Some people like Tippi Hedren have even wondered how a woman as influential as Alma could “let it happen.” Alma and Alfred’s interpersonal relationship, especially in regards to his “blondes” is mostly speculative, if not completely sensationalized, so it’s hard to know what she knew and where she stood. So where does that leave us as modern viewers?

I think Alma Reville’s influence is a reminder that no film is the product of a single man. History often flattens classic film productions and reduces them to the simplest vision, especially a male one. A “bad man” director can make a film less palatable, but it’s always something to consider that there were dozens or hundreds more players involved that had a hand in crafting a film. Films are complicated pieces of art, and while it’s important to acknowledge and understand the problems of the past, there’s still plenty to look for in these pictures.

I find it easier to take another look at famously troubled productions like Psycho and The Birds with an eye for what Reville’s influence may have been. How might a talented writer, editor and master of continuity change what Hitchcock put on screen? How much of it is Alma, and can you ever really separate the two? Movies like 2012’s Hitchcock have fun with Alma as well (ably played by Helen Mirren), speculating about what their unique and unusual working and romantic relationship might have looked like. The influence of Alma Reville doesn’t exonerate Hitchcock, but it does complicate a darkened legacy and provide something different to hold onto when appreciating their films.