Vampire films have been frightening and fascinating moviegoers since 1922, when F.W. Murnau’s Nosferatu, an unauthorized adaptation of Bram Stoker’s 1897 novel Dracula, captivated audiences. Despite the evolution of vampires over the last century, there is one that seems to evoke a particularly strong revulsion: the child vampire. In her essay “Innocent No More,” writer Ashley Quinn asserts that this is because child vampires expose “societal anxieties surrounding adult-like behaviors in children and the fear that children are more ‘adult’ than society currently admits.” Quinn explains the pervasive idea that children are supposed to be “innocent, pure, and unwise,” and how depicting them as manipulative and (literally) bloodthirsty killers “challenges” the social narrative of childhood by revealing it to be an “impossible ideology.”

Set in 1981, Let the Right One In is told from the points of view of several of the characters, but the most significant is that of Oskar, a 12-year-old misfit living in Blackeberg, Sweden. His parents are divorced and Oskar lives with his mother. Oskar is overweight and clumsy, constantly terrified someone will discover his “pissball,” a wadded-up piece of cloth he puts in his underwear to hide his incontinence. In the film, the incontinence is replaced by a constantly runny nose, but it doesn’t make Oskar any less awkward. He has no close friends, spending most of his time alone and trying to avoid the local gang of bullies, led by a particularly cruel boy named Tommy. He has no illusions about childhood being a time of joy and discovery; for him, it’s unending misery.

Child actor Kåre Hedebrant imbues Oskar with a kind of pathetic beauty. He’s blonde and gangly, with a Prince Valiant hairstyle and disheveled clothing. It’s difficult for any actor to carry an entire scene by themselves, but Hedebrant’s vulnerability never falters, even during intense closeups and scenes with no dialogue. Oskar’s loneliness is palpable. 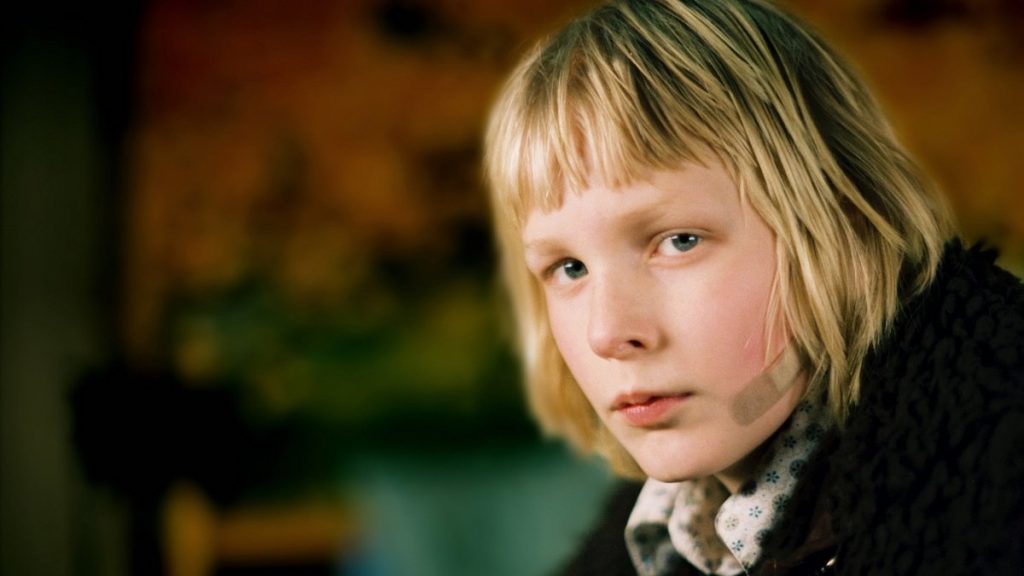 Oskar’s entire life changes when he meets Eli, a 12-year-old girl who moves into the apartment next door. She also happens to be a vampire, but this is not revealed right away. Eli lives with Håkan, her human “familiar” tasked with protecting her and procuring blood. Håkan’s pedophilia is described in detail in the novel, especially how it relates to the development of his relationship with Eli, but in the film, it is only implied. This shift allows the viewer to focus solely on the relationship between Oskar and Eli.

The novel takes its name from “Let the Right One Slip In,” by Morrissey, whose lyrics are quoted in the text. Yet it’s the lyrics to another Morrissey song Lindqvist quotes that provide more insight into the book. “I never wanted to kill, I am not naturally evil,” Morrissey croons in “The Last of The International Playboys,” adding “Such things I do, just to make myself more attractive to you, have I failed?”

Oskar is obsessed with murders, cutting articles out of the newspaper and saving them in a scrapbook that he keeps hidden. He shoplifts a knife and uses it on a nearby tree to practice stabbing Jonny, should the opportunity ever arise. We empathize with Oskar, but we’re also a little afraid of what he might become.

Oskar befriends Eli, despite her warning him early on that they cannot be friends. His feelings of affection grow until he asks her if they can “go steady,” even though for him this means they don’t engage in any sexual intimacy, only emotional and physical. With Eli, Oskar can be his true self. He doesn’t have to pretend the way he does with either of his parents or the few friends he has at school, most of whom have some association with the bullies who haunt his every move.

Thus, when Oskar realizes that Eli is not only a vampire but also a killer, his attitude towards her changes. He begins to feel a sense of repulsion towards her as he realizes that it’s one thing to fantasize about killing people but another thing entirely to do it. Oskar challenges Eli after she offers him money, accusing her of being not only a thief but also a killer. Yet she tells him “I’m like you,” pointing out that while he wants to kill people out of revenge, she does it because she has to.

It’s this grey area between killer and victim, between revenge and necessity, that provides the film with much of its bittersweet, and profoundly moving tone. What Oskar soon comes to discover is that Eli sees him as someone with whom she can be her true self: someone who is not just a vampire, but also a human being. She may be a killer, but she is also his friend and ally. 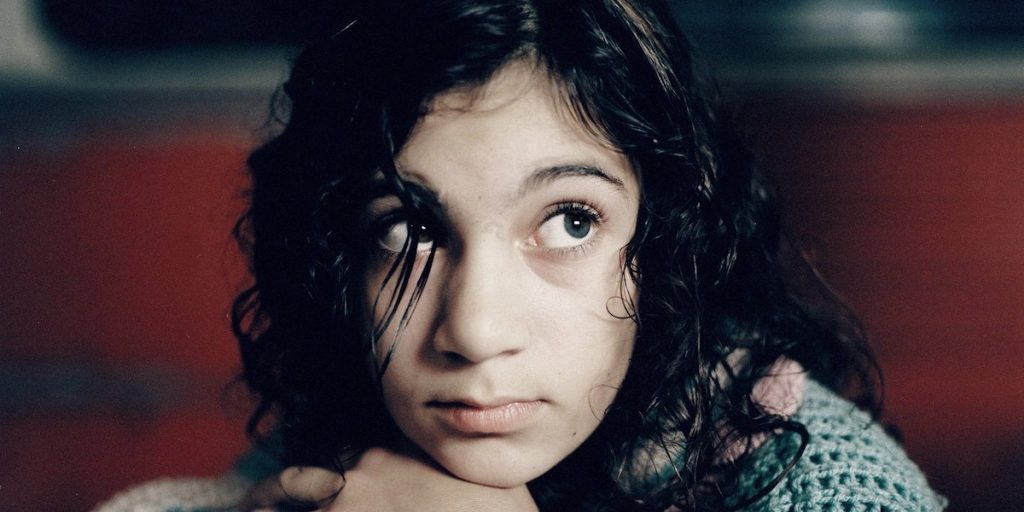 The film version of Let the Right One In transcends its horror novel origins and becomes something closer to a macabre coming-of-age tale, like Harold and Maude. By dispensing with the multiple first-person points of view found in the novel, the film allows the relationship between Oskar and Eli to take center stage. It also omits the grisly and horrific scenes when Håkan transforms from a figurative monster into a literal one, embarking on a killing spree in an attempt to find and assault Eli.

Although they are both outsiders, there is a deeper connection between Oskar and Eli that cannot be fully explained, only felt. The novel addresses this early on in one of Håkan’s interior monologues about Michelangelo’s Creation of Adam. “There was a space between them a millimetre or so wide. And in this space – life… The point of emptiness that contained everything.” Oskar has a similar revelation about “the space between” when he comes to terms with what and who Eli is. “She was… something else. There was a big distance between them that couldn’t be… he shut his eyes, leaned back in the armchair, and the black behind his eyelids was the space that separated them.” But as he comes to realize, that distance contains everything.

The film visualizes this by opening and closing with scenes of snow falling against a night sky. These scenes indicate that despite their vast differences, there is something transcendent that unites Oskar and Eli. It also shows, with brutal honesty, that childhood is as fraught with strife and misery as adulthood, that kids are not always innocent, pure, or naive. 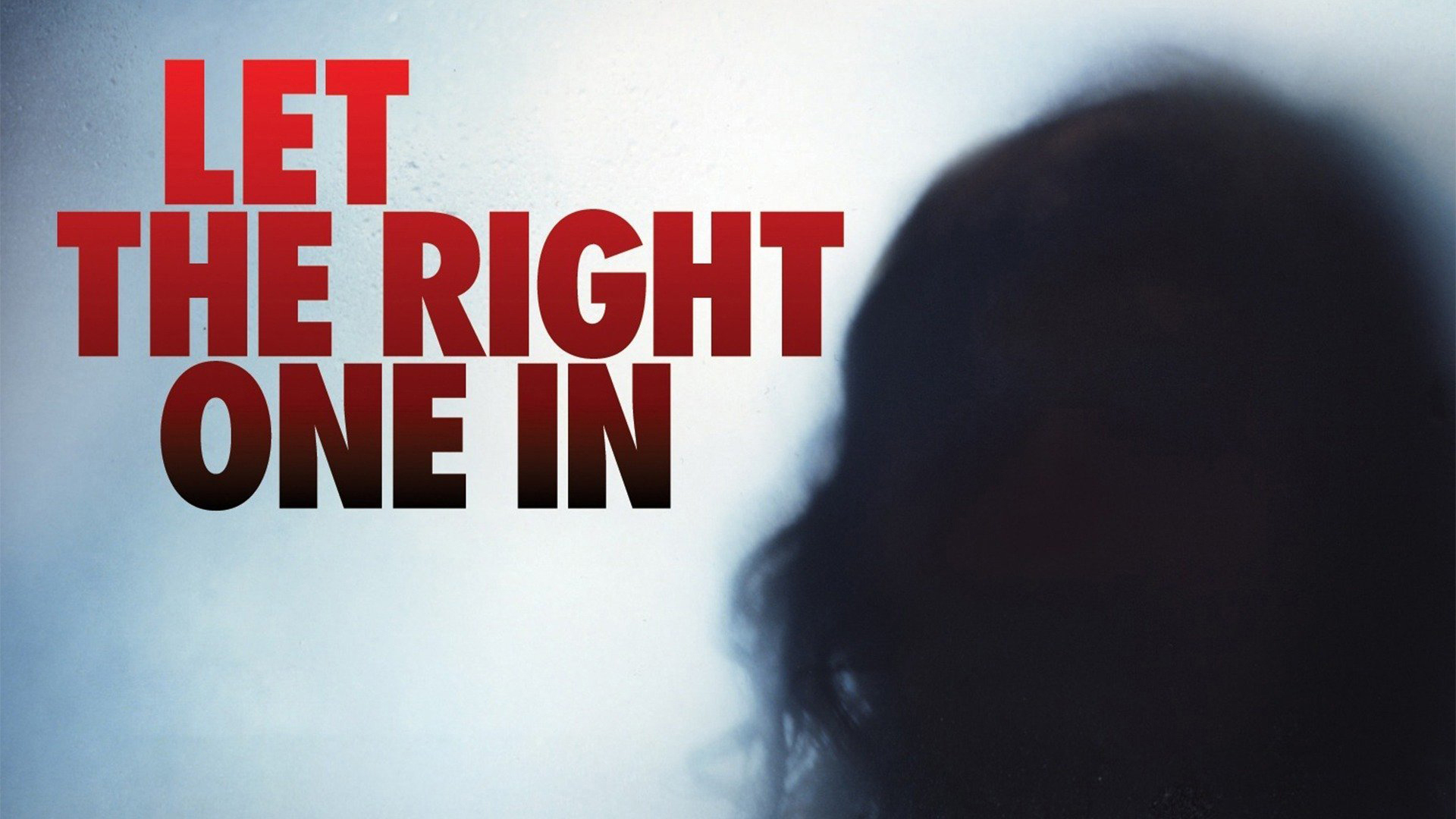 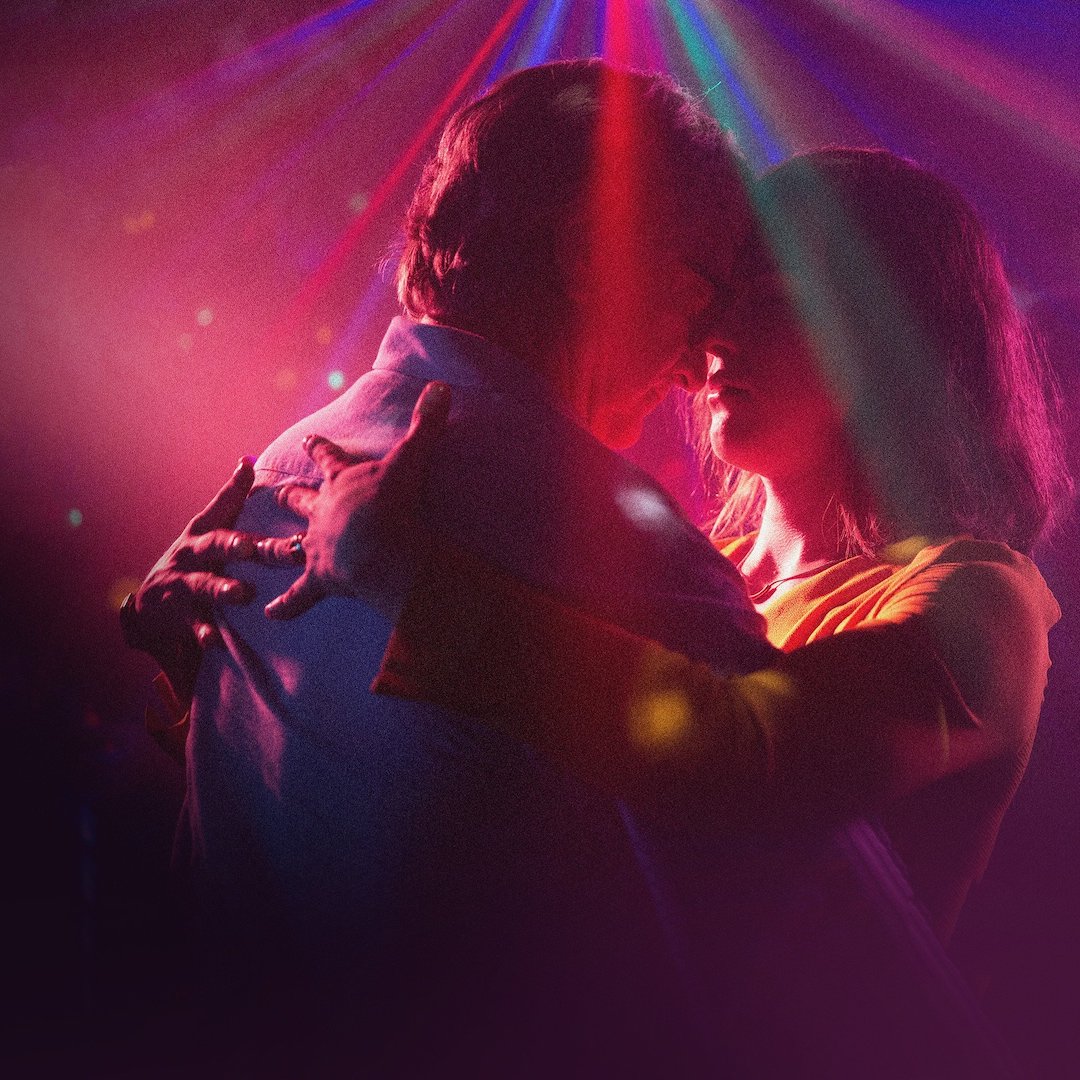