Taken can be an easy movie to overlook. It’s a stupid, fun action movie that falls for many of the same silly and politically incorrect impulses of the most basic films of the genre. However, the film was an unexpected box office hit when it came out in 2008, and I think that can be traced to two performers working on the film: Liam Neeson and his fight choreographer Olivier Schneider.

One charming fact about the Taken trilogy is just why Liam Neeson got involved in the first place. He admits to seeing it as a ”side road” to his career, a film he thought would go straight to video. The Oscar-winning actor was mostly interested in the trip to France it afforded him, but also to stretch further into action movies as he admits he enjoyed continuing the martial arts training he’d developed in Star Wars and Batman Begins.

It’s easy to see why Neeson had his reservations. The story of a former military man cutting a swath of revenge across Paris to save his daughter from human traffickers is a bit hokey, and could have easily fallen into the formula worn out by Charles Bronson and Clint Eastwood in the 80s. But this is where Neeson didn’t factor himself into the picture. His ability to sell a genuine emotional postion to his caricature of a teen daughter is only matched by his exhausted return to violence, icy calm demeanor and palpable fear of the cruel world around him. Take a moment and try to picture another actor’s voice selling the iconic “I have a very particular set of skills” speech. Few could pull it off well, and the majority would likely plunge the film into unintentional kitsch. 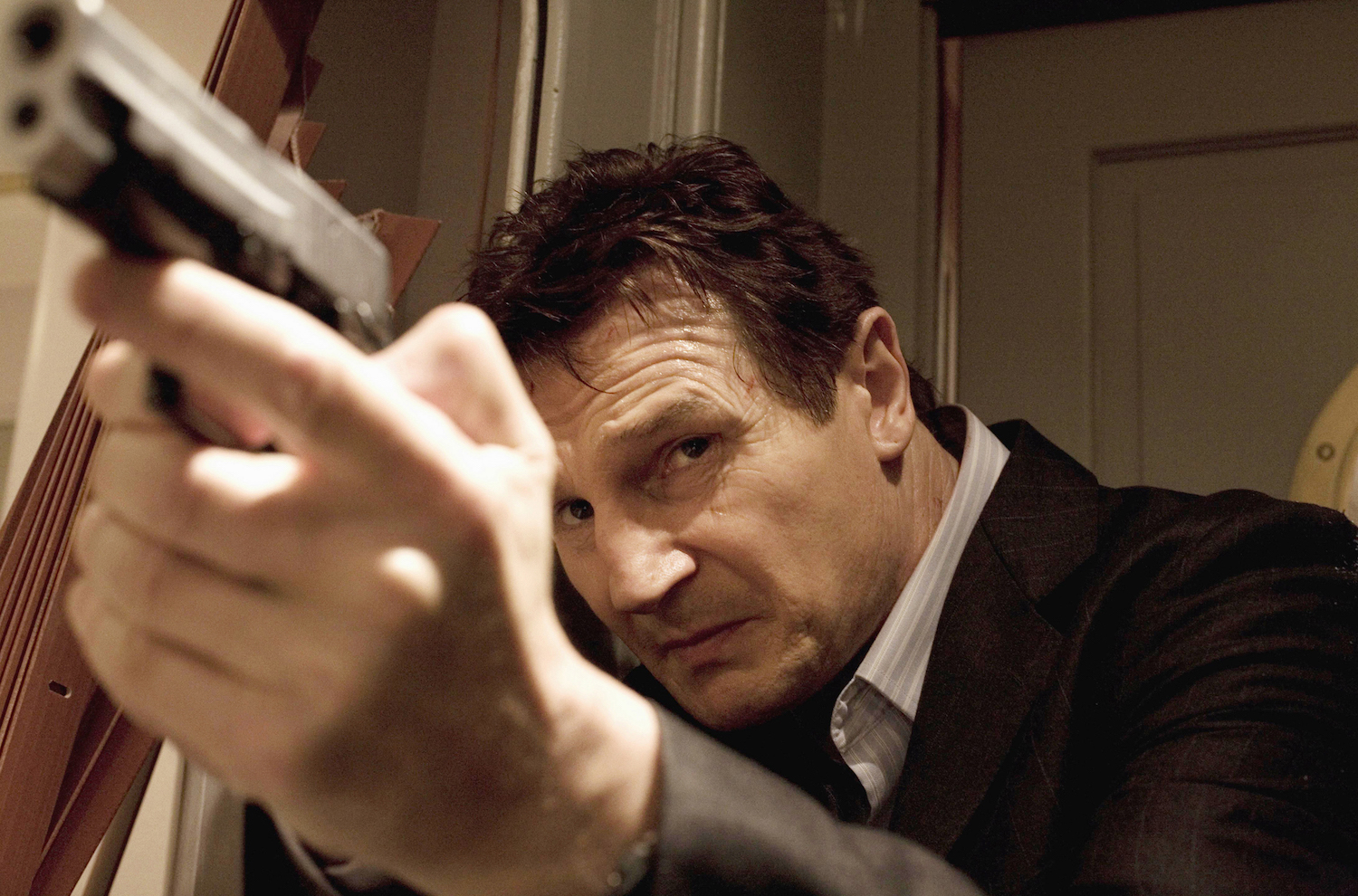 Of course, action movies aren’t sold on great dramatic turns so the praise for Taken must also be balanced with its excellent action sequences. Director Pierre Morel had made a name for himself as a Director of Photography working frequently under french action producer Luc Besson. He’d also made a splash with action fans introducing Parkour-focused stunts with his international crossover hit District B-13. While Morel shows plenty of exciting car chases and gunplay, it’s the work of French fight choreographer Olivier Schneider that really makes Taken stand out.

Olivier Schneider was a seasoned veteran, coming up as a stunt person working on French action films like The Brotherhood of The Wolf , Rush Hour 3 and on Besson’s films Kiss of The Dragon and Unleashed. Taken is among his first solo fight choreography efforts, having only conceptualized fights for the videogame Heavenly Sword, and he utilizes some tricks American audiences would be less familiar with, which makes his sequences really stand out.

While hard-won fights have always been a hallmark of great action movies, the 2000s brought a newfound appreciation for brutal realism in choreography after the success of films like The Bourne Identity and tv shows like 24. While Taken does still rely heavily on Wing Chun, the traditional Chinese martial arts style that dominates many cinematic fights, it also leans more towards Southeast Asian styles which involve practical defense with makeshift weapons like Bourne had earlier adopted. Schneider’s fights are mixed with S.A.S. knife techniques, Silat (which many may know from Indonesian crossover hit The Raid) and his own expertise in the traditional Filipino martial art Eskrima. 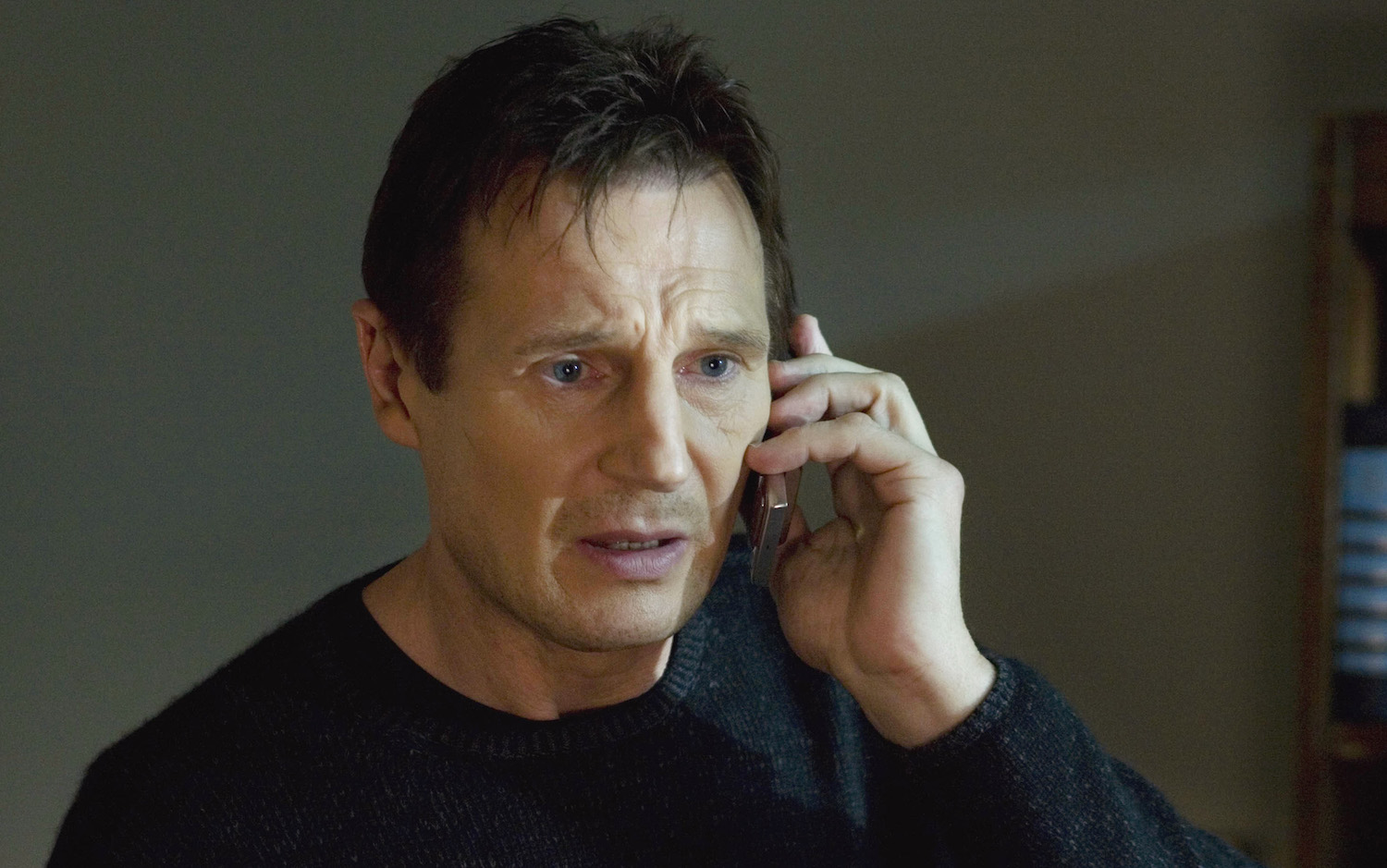 A great example of this mix of styles comes in the final fight of the film (mild spoilers ahead but I’ll keep it vague). The villain utilizes a Karambit, a traditional, curved Southeast Asian knife that’s incredibly hard to disarm, and the fight involves multiple techniques in Neeson’s effort to subdue or kill his assailant. The fight is messy and brutal in its use of multiple surfaces and objects surrounding the men. The choreography, compared to your average smooth Hollywood action, gives the feeling of two people desperately trying to destroy each other at any cost.

Actors like Jason Statham, Keanu Reeves and now Liam Neeson have found a new avenue for their careers thanks to their personal interest in martial arts. A passion for the form, as well as working with creative choreographers like Olivier Schneider, allow actors to push their stunts and sequences to the next level. It’s the brutal realism of Taken and its fights that stick with many viewers and keeps it a fascinating exercise in the action genre almost a decade later.