Tarkovsky’s Stalker: "Full of all the promised wonder of cinema."

Hollywood Suite is proud to present a series of masterpieces from Janus Films and The Criterion Collection. Tune in September 27 at 9pm ET for the premiere of Andrei Tarkovsky’s Stalker, or stream it on Hollywood Suite On Demand and HSGO in October and November.

If you saw Alex Garland’s Annihilation earlier this year, you’ve already seen at least traces of Stalker, Andrei Tarkovsky’s mesmerizing and baffling 1979 science fiction landmark. Or at least traces of this unlikeliest of cult movies, which moves like molasses and can’t be bothered to explain anything, has come to influence films and filmmakers for nearly four decades.

The plot, such as it is: In an unnamed country that looks conspicuously like Russia during the declining years of the Soviet Union – but especially like the devastated regions around Chernobyl a full seven years before the nuclear disaster there – three men (a writer, a scientist and a guide we assume is the title’s Stalker) sneak by stolen train trolley into a forbidden landscape called “The Zone,” a place where, it is said, one’s deepest wishes are granted. Once inside, the Zone itself seems to take over everything: reality, perception, nature, time, life and death itself. It’s a bit like Heart of Darkness but the evil isn’t in any one man. It’s embedded in the unnatural order of things of the Zone.

In Annihilation, a group of female scientists enter a mysterious zone called ‘The Shimmer.’ Inside The Shimmer, the group begins to detect a guiding entity with nothing less than complete cellular de- and re-construction as its purpose. The strongest initial hint is in The Shimmer’s Landscape: plants hybridize in impossible (but gorgeous) configurations, an alligator blends genetically with a shark, people turn into trees, and the last cry for help from a woman mauled by a bear – or something almost like it – can be heard emitting chillingly from the creature’s mouth. It’s chaos at the molecular level. 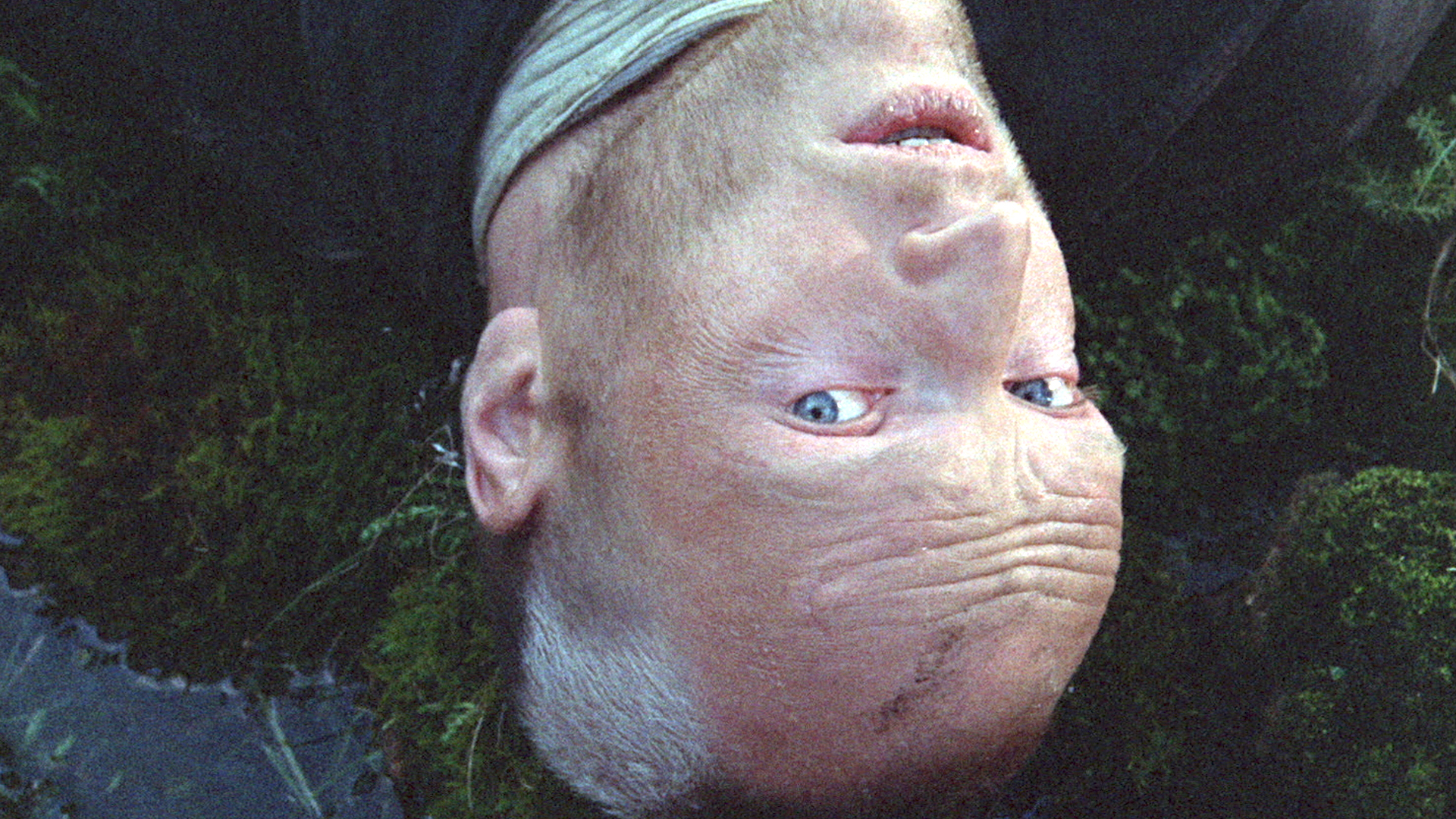 Andrei Tarkovsky was onto the chaos long before Annihilation caught up with it. In his only other science fiction movie, Solaris, a reluctant scientist is sent to a space station where an alien presence seems to be literally feeding off the thoughts, feelings and fears of those who enter its realm. Stalker, the final film made by Tarkovsky (who died in 1985) in his native Russia, is another story about a journey into a realm where the very air seems to be alive and living off the innermost lives of the three men who venture into ‘The Zone.’ While it is foolhardy and grossly misleading to reduce Tarkovsky’s intricately multi-layered movies to any single image, moment or trope, the fact is there’s something that ties Solaris to Stalker and Stalker to such recent exercises in philosophical SF as Arrival and especially Annihilation. It’s the idea of an entirely mutable, almost liquid natural realm, where the order of things breaks down to the point where the distinction between nature, humanity, past, present, dreams and consciousness blend into a kind of slowly churning gumbo of contiguous elements. Only Tarkovsky could get away – as he does in Stalker – with floating a Jan van Eyck painting underneath a stream of flowing water and let the camera pass over it as though it wasn’t even worth a second look. Or thought.

The idea of some kind of alien form feeding on consciousness was Tarkovsky’s primary interest in science fiction. Otherwise he couldn’t care less about the genre. Outer space was infinitely less interesting for the poet-filmmaker than inner space, truly the real final frontier. This might account for the incredible, but almost imperceptibly effective, sequence – which British author Geoff Dyer has called ‘one of the great sequences in the history of cinema’ — where Stalker’s three protagonists travel deep into the forbidden Zone on an abandoned railway trolley: the camera holds tight on their faces as the landscape passes behind them like a literal wash of landscape. It’s not this place that matters, the sequence tells us, it’s these faces, these men and the souls they contain. So transfixing are these long tracking shots of these pilgrims’ faces you may not even notice that something has changed by the time the trolley comes to a stop deep inside the Zone. Suddenly – or not so suddenly, really, but it sure feels that way the first time you see it – everything is in colour. Black and white has slowly, almost incrementally blossomed into dingy but somehow vibrant tones and hues. And this, come to think of it, might mark the only point of intersection between Stalker and the 1939 The Wizard of Oz. 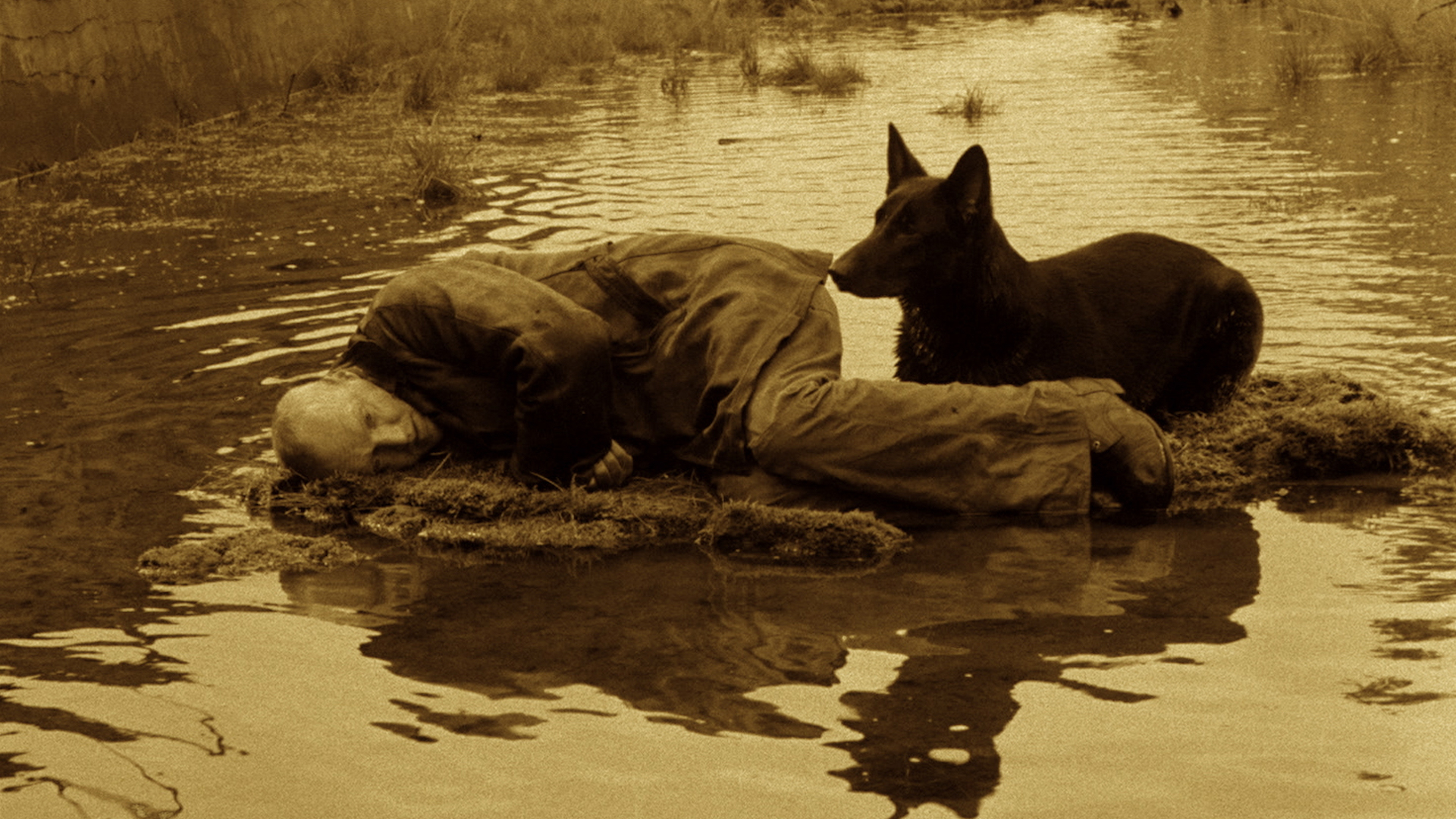 For Dyer, whose book Zona is a journey into the movie nearly as immersive as the movie’s journey into the Zone, the long tracking shot entering the Zone has an effect actually not that far from Dorothy’s first full-colour encounter with Oz when she opens the door of her tornado-dropped farmhouse. “This long tracking sequence, following the trolley as it clanks and clangs along, is the most straightforward journey imaginable – horizontal, flat, right to left, in a straight line – and full of all the promised wonder of cinema.”

Now there’s a phrase you don’t hear much these days: “the promised wonder of cinema.” You don’t hear it much because the very idea of wonder in the movies has been so thoroughly depleted by the sheer abundance of digital effects those effects are no longer even “special,” let alone capable of wonder. But the wonder Dyer refers to isn’t the wonder of getting one’s mind blown (although Tarkovsky can do that) or seeing the seemingly impossible realized as virtual reality. It’s the wonder of seeing something only the cinema could show you, and that wonder can be as small, subtle and incremental as it is big, loud and sudden. In fact, that’s the better wonder: it’s the wonder that comes from paying close attention and surrendering yourself to the journey taken by the film. It’s the wonder of discovery, the wonder that comes from engagement. To enjoy Stalker you can’t just watch it. You have to let it take you where only it can go.