Sleepless in Seattle: Why TriStar Got 30 Calls a Day About Tiramisu | Hollywood Suite
MENU 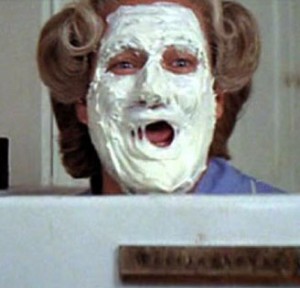 Sleepless in Seattle: Why TriStar Got 30 Calls a Day About Tiramisu

Sleepless in Seattle, one of three 90s movies starring Meg Ryan and Tom Hanks, was the first of a pair of flicks featuring the King and Queen of Rom-Coms written and directed by Nora Ephron. A recently widowed man's son calls a radio talk-show in an attempt to find his father a partner, and ends up changing the lives of Sam (Hanks) and Annie (Ryan). Roger Ebert said that it’s “so warm and gentle I smiled the whole way through.”

1993 was the year the internet was “born,” and we were still living in pre-Google times, so when the movie was released the studio TriStar received up to 30 calls a day demanding to know what Tiramisu was, thanks to this famous scene in the film:

Sam: “I don’t think I could let a woman pay for dinner.”

Jay: “Great, they’ll throw a parade in your honor. You’ll be man of the year in Seattle Magazine.”

Sam: “What is tiramisu?”

Sam: “Some woman is gonna want me to do it to her and I'm not gonna know what it is!”