As perpetrated by the titular hero of the John Wick movies, deadly payback is motivated by two acts of outrageous villainy: the bad guys steal his car and kill his dog.

Yes, his dog. A puppy, in fact. That’s all we need to get behind Wick (Keanu Reeves, in full smolder) as he mows his lethal way through dozens of would-be assassins, thugs and bodyguards. While we may snicker over the contrivance of the provocation – His puppy? Really? – it’s sufficient for us to endorse the mayhem. And that’s really all we need for revenge to once again function as the sweetest of bare-bones action-movie narratives. Who wouldn’t want to lay waste to puppy killers?

Buford Pusser (Joe Don Baker), the hero of Walking Tall, also loses a dog to his tormentors, but that’s just one crank of the motivation wheel: he also loses a car, several bloodied high-collar ’70s shirts, his wife, and part of his face. Ergo, when Buford (who is based on a real-life Tennessee sheriff who cleaned up a corrupt town at risk of considerable personal threat) sits down and whittles himself a four-foot club as a persuasive accessory, we can’t wait for the oak to start swinging.

When it came out in 1973, Walking Tall was what was then called a sleeper hit. It had been made on a low budget, it ran counter to the countercultural faith in non-violent resistance, and it was intended to play mostly at drive-ins and grind houses where revenge was as common a spectacle as bare breasts, car chases and blood splattered walls.

But something happened. Maybe it was the timing. Walking Tall, directed by the blunt-force action veteran Phil Carlson, was being shot as Richard Nixon – master purveyor of law and order panic – was being swept into his second term on a historic landslide, and was released just as the full implications of Watergate were seeping into public record. Which meant Nixon came to symbolize not only silent majority over corruption and crime, but corruption and crime too. 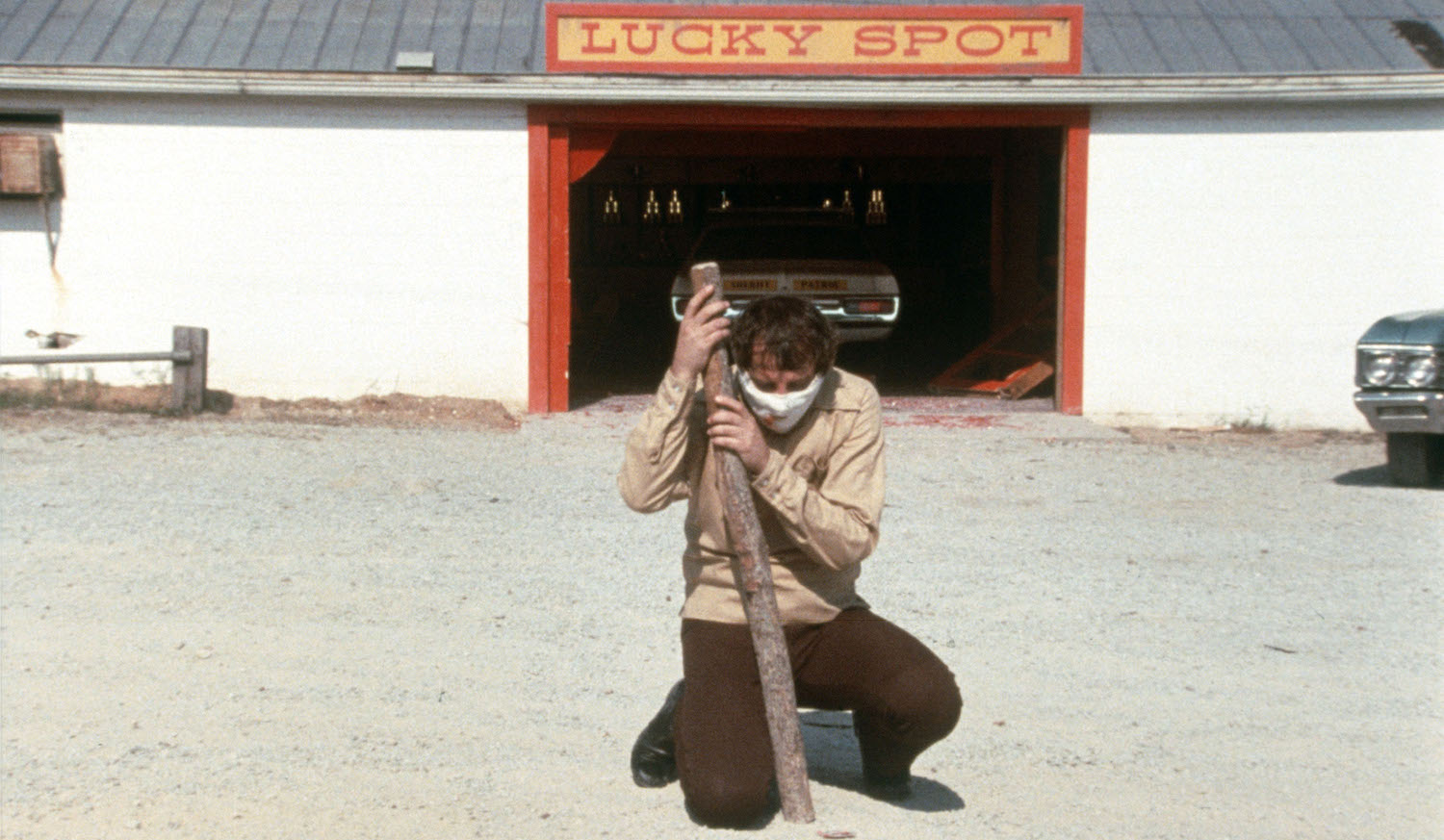 As a blunt narrative force, revenge may be as old as storytelling itself. And as deeply embedded. Take it out of the western, for instance, and the genre is transformed beyond recognition. I think a large part of the western’s existence – let alone its status as the most popular narrative form of the 20th century – is attributable to the fact it provides an especially sturdy container for stories of revenge and redemption. It’s a genre based in revenge.

Its power is hardly mysterious. As a means of engaging a strong emotional identification with a hero, nothing works quite as effectively as recruiting our support for whatever violence, mayhem and carnage may ensue. It’s as simple as Buford’s big stick: put a man or a woman through a violent ordeal – the worse the better – and leave her to die. Then let her get up, grab the nearest power tool and start walking in the direction of those who think they’ve seen the last of her. As rabble-rousing material, it’s foolproof. And in Walking Tall Buford is not only left to rise from the near dead, he’s left to rise three times.

Recall too that it was the 70s, and that decade saw a resurgence in revenge movies the likes of which had previously been restricted to westerns and the occasional gangster saga. The table was set with Point Blank, in which Lee Marvin spends nearly two hours tracking the corporate flacks who owe him money. Sam Peckilnpah’s Straw Dogs raised the stakes as a study in the unleashed beast in us all. Deliverance went even further, sending so-called “civilized” men so deep in the woods you wonder if anything human will be left to come home. Then there was Harry.

Dirty Harry was a key exploiter of populist frustration with allegedly lax treatment of criminals (and especially hippie criminals), but its hero was a swaggering former cowboy movie star who seemed less like a force for community peace and stability than an avenging angel dropped from above to enact the laws the law no longer could. He may have vented our bottled up fears and concerns over urban crime and safety, but he was hardly one of us. He was Clint Eastwood first, foremost and forever. (Moreover, Eastwood’s entire post-spaghetti cowboy movie career, from Hang ‘Em High to Unforgiven, is about revenge.) 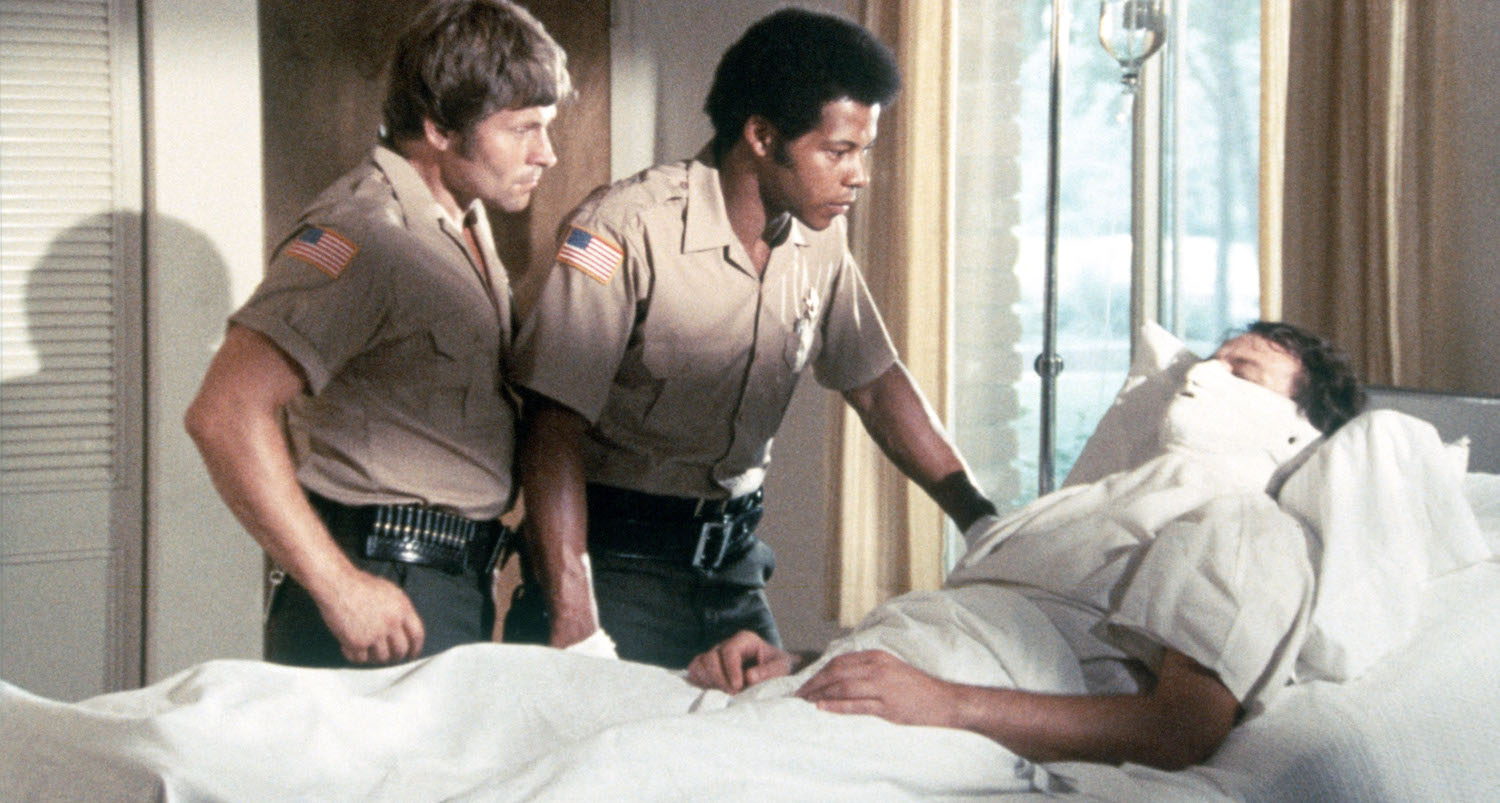 Buford was something a little different. When he arrives in the town he grew up in with his family in tow, he’s just a guy who’s become fed up with “the system.” In Buford’s case, this means the appalling revelation that pro wrestling – in which Buford has made a name as “The Bull” – is rigged and phony, and Buford’s decided he wants nothing to do with it. (I’ve never been able to figure out if this is supposed to be a joke or not, but I suspect it is, this movie’s winking version of John Wick’s puppy. Just how naive is a guy, who performs as The Bull, who is mortified to learn wrestling is a joke.)

Seeking solace and silence in his home town, Buford is instead confronted by a place that has become something of southern-fried Sodom in his absence. (Not my comparison, by the way. Not inaptly, Walking Tall abounds with Old Testament biblical references, just in case anyone thinks Buford is on anything less than a mission from you-know-who. Want to bet Samuel L. Jackson’s brimstone breathing hitman in Pulp Fiction was a big Buford fan?)

As most revenge movies are, Walking Tall is designed to manipulate our feelings not only so we back Buford and his big old club, but so we remain on his side no matter what he does. And so the bad guys in the movie aren’t just bad, they’re irredeemably and utterly so, the kind of men who kill wives, threaten children and perpetrate drive-by shootings in broad daylight. On this scale, anything Sheriff Pusser does this side of torture is comparatively benign and completely deserved. (The torture would come later. By the time Liam Neeson practiced it in Taken, it had graduated to a reasonable heroic option.)

Opinion has traditionally tended to split when it comes to the social impact of revenge movies. There are those who worry that payback sagas coarsen our decency, corrupt our sense of due process and tease out our worst instincts. I like to think of it another way. I think it may be one of the most usefully carthartic forms of entertainment available. It allows us a vicarious sense of justice almost never possible outside the theatre. In real life, revenge is rarely sweet: it generates more violence, it poisons the soul of the vengeful, and it rarely winds up resembling justice. It’s ugly and it’s sloppy. In the movies, however, it’s clean, neat and pure. A fantasy of fulfillment. If we need revenge as a fantasy spectacle, it’s because it only works as a fantasy. But work it does, as efficiently and unfailingly as a big stick.