U.S. Male: Kevin Costner Delivers Us From Evil in The Postman

In the post-apocalyptic counter-insurrection survival movie The Postman, Kevin Costner portrays a likeable, mullet-headed scalawag who unwittingly becomes the saviour of a fallen world when he impersonates a postman.

Think of this for a moment. 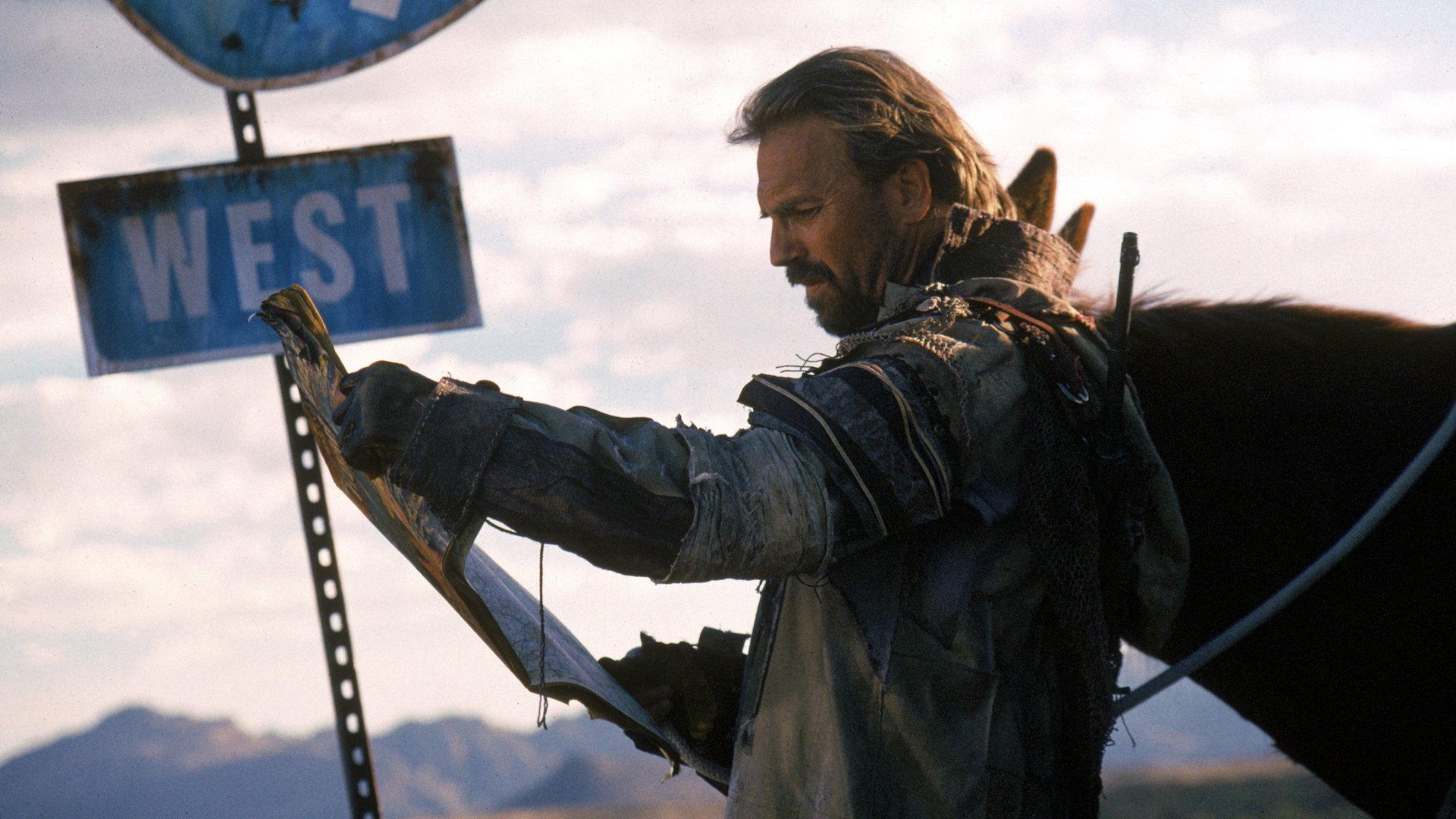 You’d never see the like of The Postman today, at least not as a one-man vanity project with a hundred-plus million dollar budget and major studio support. Costner may still be something of a star, but he had to get out from under the lingering whiff of box office poison he gave off after the spectacular one-two, post-apocalyptic misfires of Waterworld – in which Costner saves the world again, only the world is underwater – in 1995 and The Postman two years later.

So, what is it about The Postman? It had a lingering reputation as one of the worst duds in movie history, but it also has its fans and, as duds go, The Postman is at least fascinating to watch. For a spell, anyway. But the inescapable fact of the movie is that it failed to sell people on Kevin Costner’s idea of the kind of movie star Kevin Costner can be. Go figure.

After Waterworld leaked production stories suggesting a movie about an immersed world that was itself drowning; and after the movie became a virtual catchphrase for cinematic catastrophe; and after it failed to sell Kevin Costner as a post-apocalyptic saviour with a straw in his mouth – that’s when Costner decided not only to do it again, but to do it on sand instead of water (the crew nickname for the production was “Dirtworld,” and this time under his own direction. 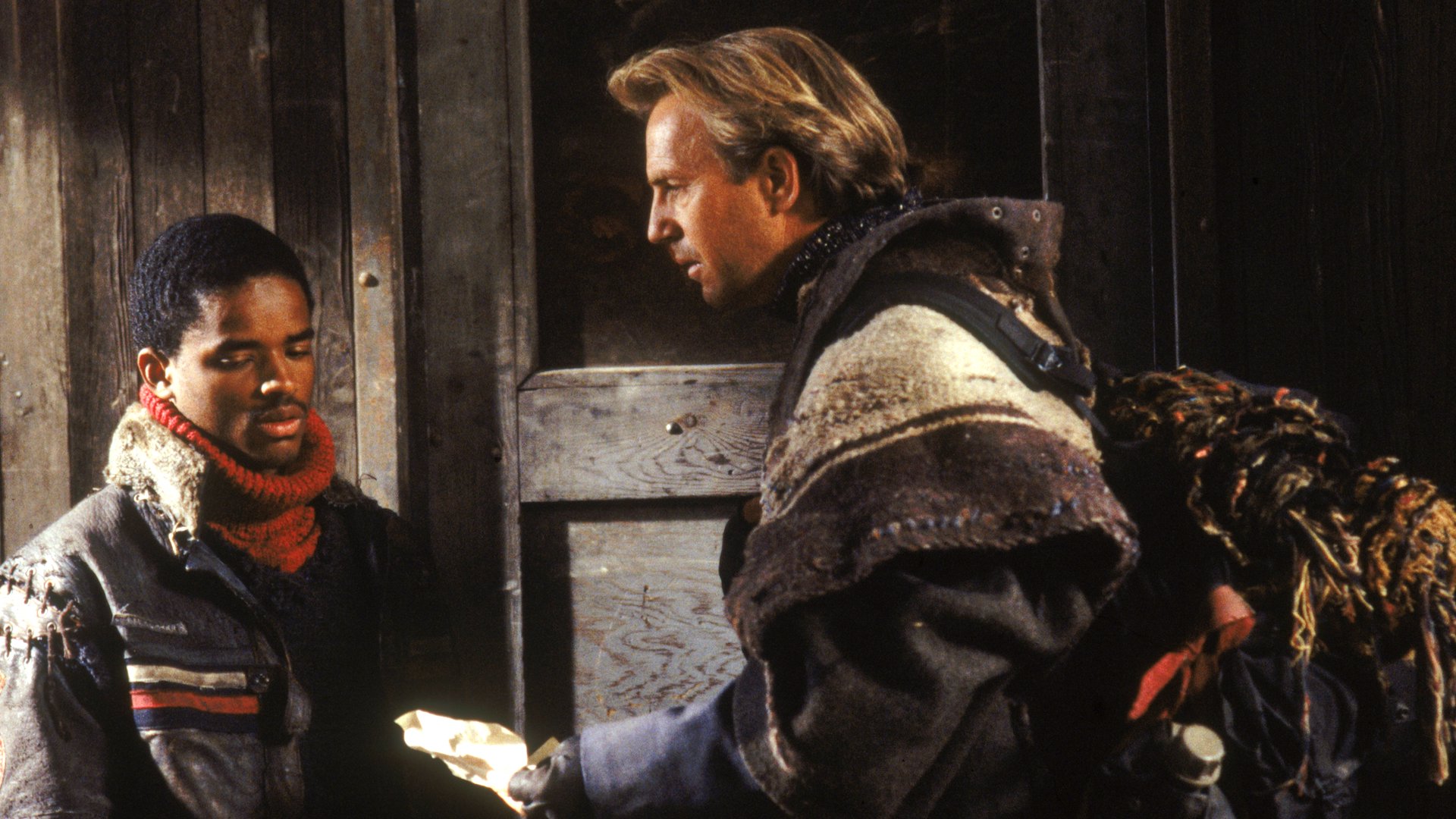 Again, processing this might require a certain appreciation of just how powerful this former college jock and salesman had become in Hollywood since he first emerged as a star in the late 80s, and especially since he had galloped all over the Oscars with Dances With Wolves in 1990. (Another movie about a cornfed saviour, by the way.)

In 1996, when he likely first got a green light for the production, Kevin Costner could actually walk into a major studio office and say, “I want to make Waterworld but on sand. It will be about a revolution led by a bogus postman. It will equally evoke Disney and The Road Warrior, not to mention Spartacus and Frank Capra. I will direct, star and co-write. I will wear the same mullet I’ve worn since I won the Oscar, and – just like in Waterworld – I will reluctantly agree to share my seed with a woman who comes to me begging for it. And, just in case anybody out there isn’t paying attention, I will end it with an explicit reference to me as Jesus Christ. What do you say?”