New in September on Hollywood Suite!

September 1, 2018 By Cameron Maitland Go Back

Check out these 25 great movies that are new in September on Hollywood Suite!

Veronika Voss (1982). From Janus Films and The Criterion Collection comes this classic by director Rainer Werner Fassbinder. Inspired by real life and films like Sunset Boulevard, Fassbinder follows the career of a fading actress (Rosel Zech) in post-war Germany struggling to remain relevant.

Enough Said (2013). Writer/Director Nicole Holofcener brought her experience as the Queen of indie relationship dramas to this more mainstream romantic comedy. Featuring an award-nominated performance by Julia Louis-Dreyfus and James Gandolfini in one of his last on-screen roles, the emotions and humour shines brighter here than in most mainstream romcoms.

Joan Rivers: A Piece of Work (2010). An unvarnished look at the life of trailblazing comic Joan Rivers not only shows the unique power of her process, but cuts deep with the reality of the struggles she faced along the way. Laced with her humour and acerbic wit, it remains an excellent tribute to one of the 20th century’s best comedians. 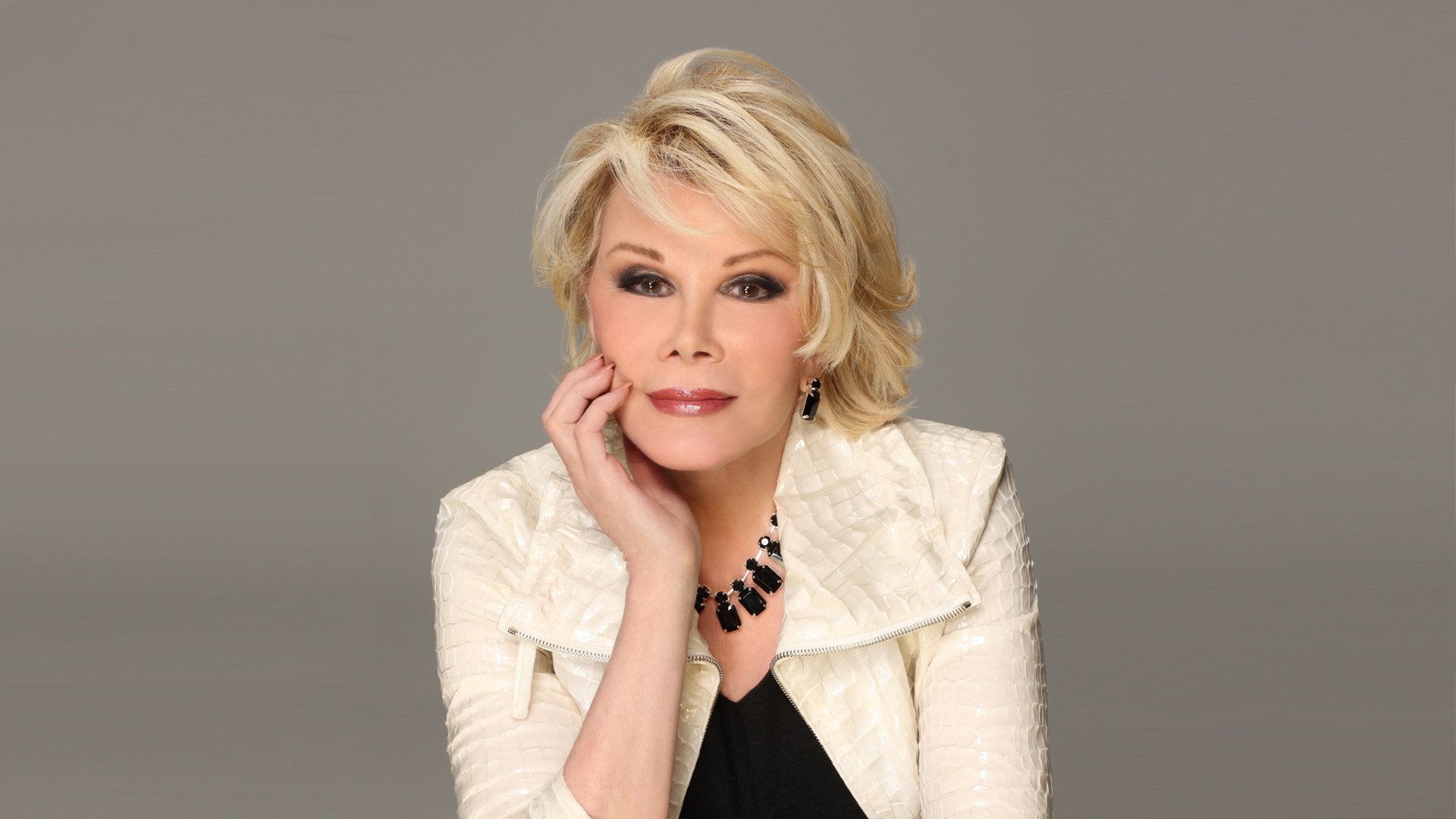 The Return of The Musketeers (1989). The final chapter in director Richard Lester’s comedic Three Musketeers trilogy sees our leads face off against the offspring of a foe, played by a dastardly Kim Cattrall. Rather than a pointless retread, the film is loosely based on Alexandre Dumas’ 1845 Twenty Years After, who found more use for his Musketeers even in his day.

The Nanny Diaries (2007). Based on the best-selling novel of the same name, this movie follows a young college graduate thrust into the whirlwind life of a New York nanny. The film features both Scarlett Johansson and Chris Evans as leads well before their superstardom in Marvel movies.

Operation Condor (1991). Hong Kong action meets Indiana Jones in this Jackie Chan classic. Featuring the best stunts and Chan in his prime, this globe-trotting adventure remains a fan favourite among his films.

Dead Ringers (1988). Jeremy Irons plays against himself in this psychosexual tale of twin gynecologists testing the boundaries of medical experimentation. Divisive among critics, it remains one of the best dual performances by an actor and is frequently considered among the best of Canadian cinema.

Brits Icon: Elton John (2013). A concert gala and career retrospective for the original Rocket Man himself. Featuring John and his famous friends this concert is a great way to remember the retiring icon.

Head (1968). A famous flop in its day, this Jack Nicholson co-written, Bob Rafelson-directed vehicle for The Monkees has since been re-evaluated as for a fascinating musical satire with its finger on the pulse of late 60s culture. A mix of manic energy, offbeat humour, experimental film choices and fantastic music needs to be seen to be believed. 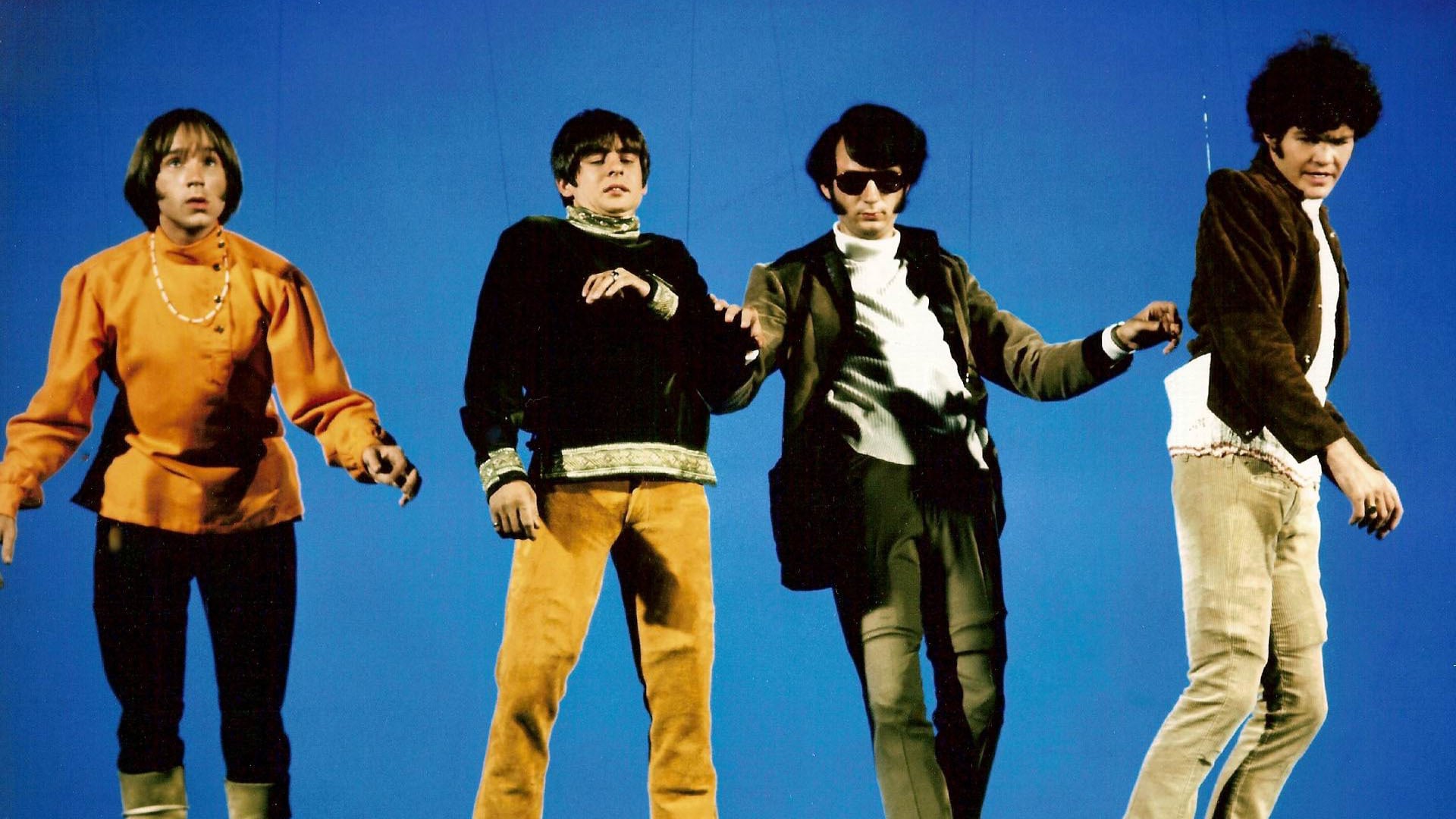 Where The Day Takes You (1992). This mostly-forgotten look at teenage runaways boasts a star-studded cast including a young Dermot Mulroney, Lara Flynn-Boyle, Sean Astin, and Will Smith in his first big screen role. Many of the young actors took the role against the advice of their agents, but it paid off with deep and meaty roles actors their age were rarely offered.

Repo Man (1984). Alex Cox’s cult sci-fi classic dragged the punk and DIY aesthetic and sound of the 1980s onto the big screen. The film also announced the leading man status of Emilio Estevez and, along with Paris, Texas that same year, revitalized the career of Harry Dean Stanton.

Easy A (2010). Emma Stone proved herself a formidable comedic lead with this teen sex comedy that’s quite a bit smarter than it seems. Director Will Gluck is a huge fan of Ferris Bueller’s Day Off and the film is full of winking references and the same irreverent spirit.

The Bad Mother (2016). Writer/director and star Sarah Kapoor makes dramatic comedy out of the debate between stay-at-home mothers and working mothers in her feature debut. Starring her real mom and children, this is truly a labour of love for an artist and mother.

The Lesser Blessed (2012). Set in the Northwest Territories, this film mixes a traditional teens in highschool story with the complex issues of indigenous identities in Canada’s north. Nominated for Best Adapted Screenplay at the Canadian Screen Awards, this made writer/director Anita Doron a name to watch for in the Canadian film scene.

Psycho (1960). Alfred Hitchcock risked his reputation on this racy, violent story he personally financed, but in the end many modern film fans know him best as the man who brought Norman Bates onto the big screen. Among the shocking images to audiences at the time – this film is thought to be the first mainstream American film to show a toilet and let the audience hear it flush.

The Birds (1963). Many forget that this take Hitchcock took on straight horror also comes from the pages of his favourite author Daphne Du Maurier. A famously harsh and troubled production, and Hitchcock’s notorious treatment of Tippi Hedren and has made this film a controversial part of his career. 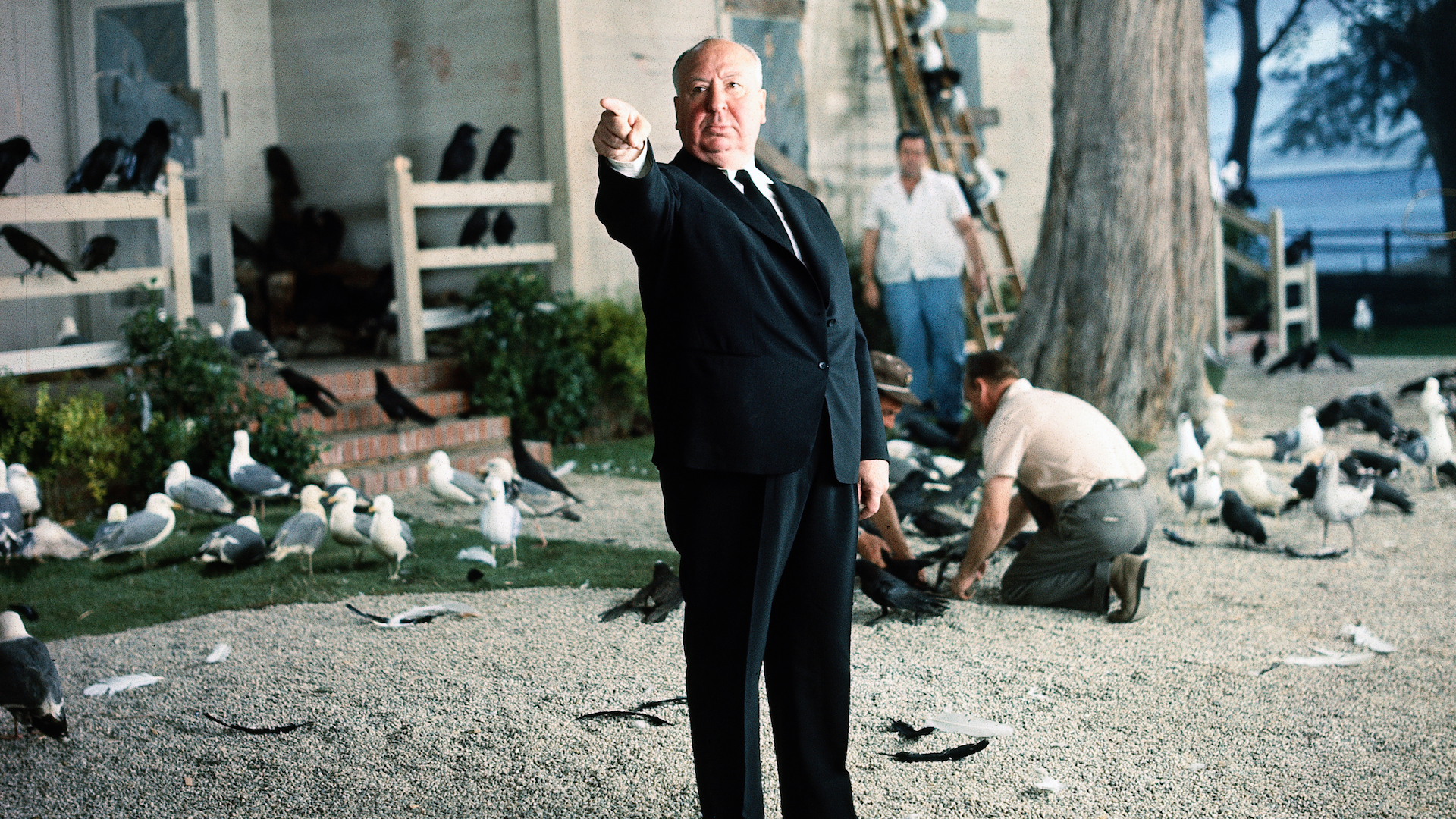 Marnie (1964). A particularly dark entry into Hitchcock’s oeuvre, this was the final collaboration between he and Tippi Hedren. Her departure along with composer Bernard Herrmann, cinematographer Robert Burks and editor George Tomasini have many Hitchcock fans seeing this film as the end of the Golden Era of the director.

Hitchcock (2012). This biography has Anthony Hopkins stepping into the shoes of Alfred Hitchcock as it traces the battle he faced in releasing Psycho. The film is notable for showing the massive role Hitchcock’s wife Alma Reville, played ably by Helen Mirren, had in the production and creation of his most important films.

Le Marais (2002). Two social outcasts on the edge of a marsh in 19th century Europe find themselves the target of suspicion when a murder is committed in a nearby village. This unique film was nominated for six of Quebec’s highest film honours.

Lost and Delirious (2001). Léa Pool’s adaptation of The Wives of Bath by Susan Swan received mixed reviews when it debuted but has become a high point in honest, complex LGBT teen cinema. It’s also remembered for introducing the wider world to the serious acting potential of Piper Perabo, Jessica Paré and Mischa Barton.

Hudson Hawk (1991). A name as synonymous with “box office bomb” as Ishtar , this Bruce Willis passion project has seen a recent renaissance with fans of unique action films. Chockablock with one-liners, musical numbers and wild tonal shifts, the film is nothing if not daring and a blockbuster experience unlike any that would be made nowadays.

Incendies (2010). Denis Villeneuve’s Oscar-nominated tale sees two twins travel to the middle east to carry out the last wishes of their mother. The film would go on to sweep the 2011 Genie Awards, introduced many to Villeneuve’s lyrical style, and made him an awards season staple internationally. 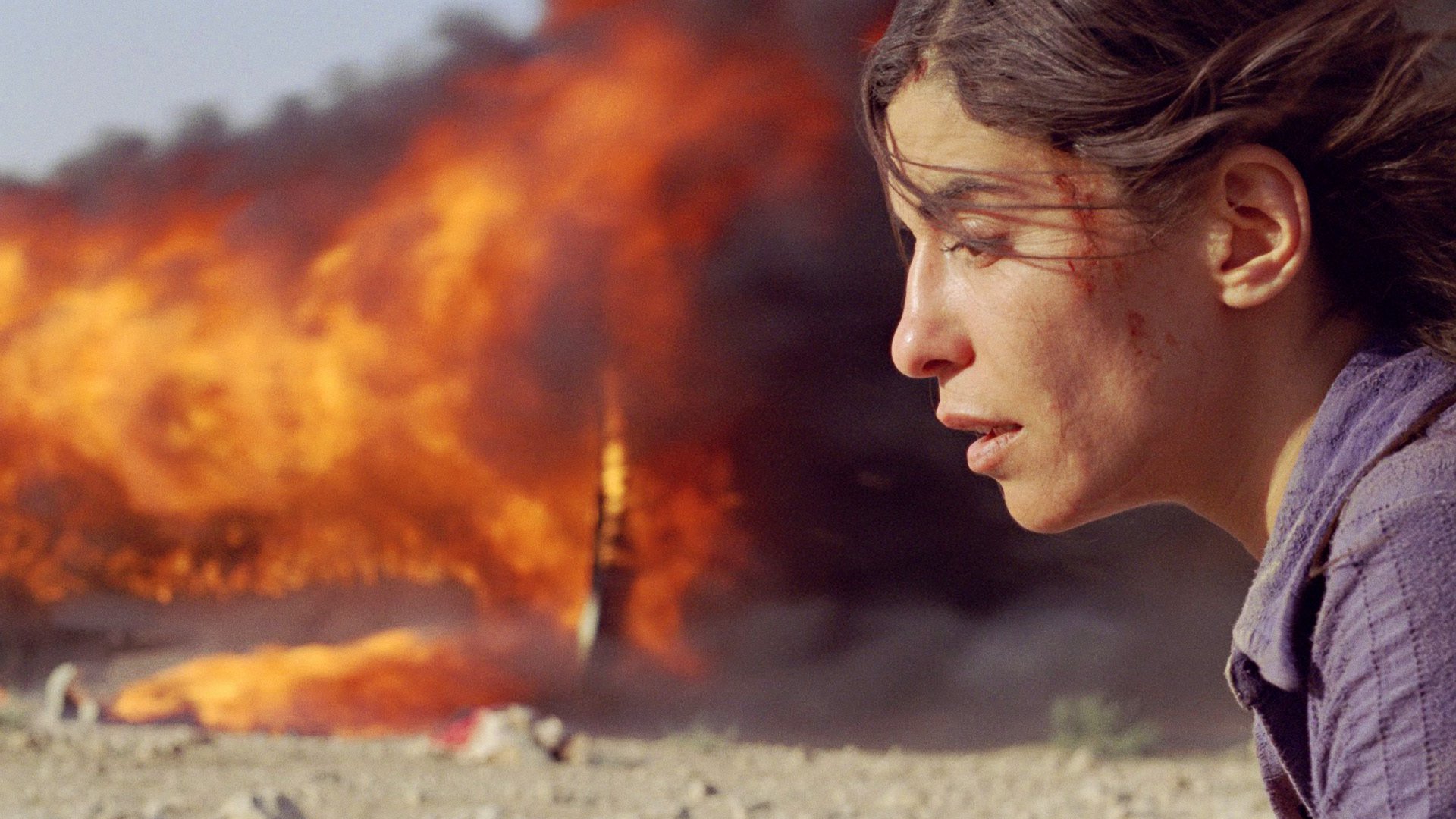 Patch Adams (1998). Based on the real life story of Dr. Hunter “Patch” Adams who advocated for treating patients’ spirits as seriously as their ailments. The story was shifted to fit the unique talents of Robin Williams and it continued the series of family friendly hits Williams had throughout the late 90s and early 00s.

Blood Simple (1985). The Coen Brothers loudly announced their directorial debut with this pitch perfect neo-noir featuring great turns from Dan Hedaya, M. Emmet Walsh and Frances McDormand in her first film role. The Coens funded the film following their friend Sam Raimi’s model of bringing a projector with a mock trailer of the film into investors homes and showing off their now famous visual style.