How market research made an unlikely hit out of Mannequin

Movies have always had a unique place among other art forms because, as an art that’s also a business, they rely so heavily on audiences and box office takes. Because of this, test screenings and audience opinions have weighed heavily on the minds of studios and affected decisions since the Golden Age of Hollywood. It was in the 1980s though that the science of market research was refined and took centre stage when it came to producing films. No film better typifies the ups and downs of utilizing these tools than the 1987 comedy Mannequin, produced by Joseph Farrell, the father of Hollywood market research.

Joseph Farrell’s IMDB is shockingly short, but the contributions he made to the way studio movies are made changed the face of commercial cinema. In 1978, alongside his partner Catherine Paura, Farrell founded the National Research Group (NRG) Hollywood’s first market research firm. Their firm worked alongside all the major studios and developed concepts like the four quadrant movie and pushed for more film franchising, box office forecasting, tweaking of release dates, increased test screening and exit polling on releases. Many filmmakers obviously rankled at the interference, but Farrell and NRG’s reliance on “right down the middle” numbers resulted in big box office returns, and they quickly gained favor with studios. Francis Ford Coppola was an early promoter of NRG after they helped the troubled Apocalypse Now find its audience. Their contribution can be seen in movies like Apollo 13 and A Beautiful Mind, but it was Farrell’s bullish insistence to change the ending of Fatal Attraction which resulted in a massive box office that’s considered the biggest feather in his cap. 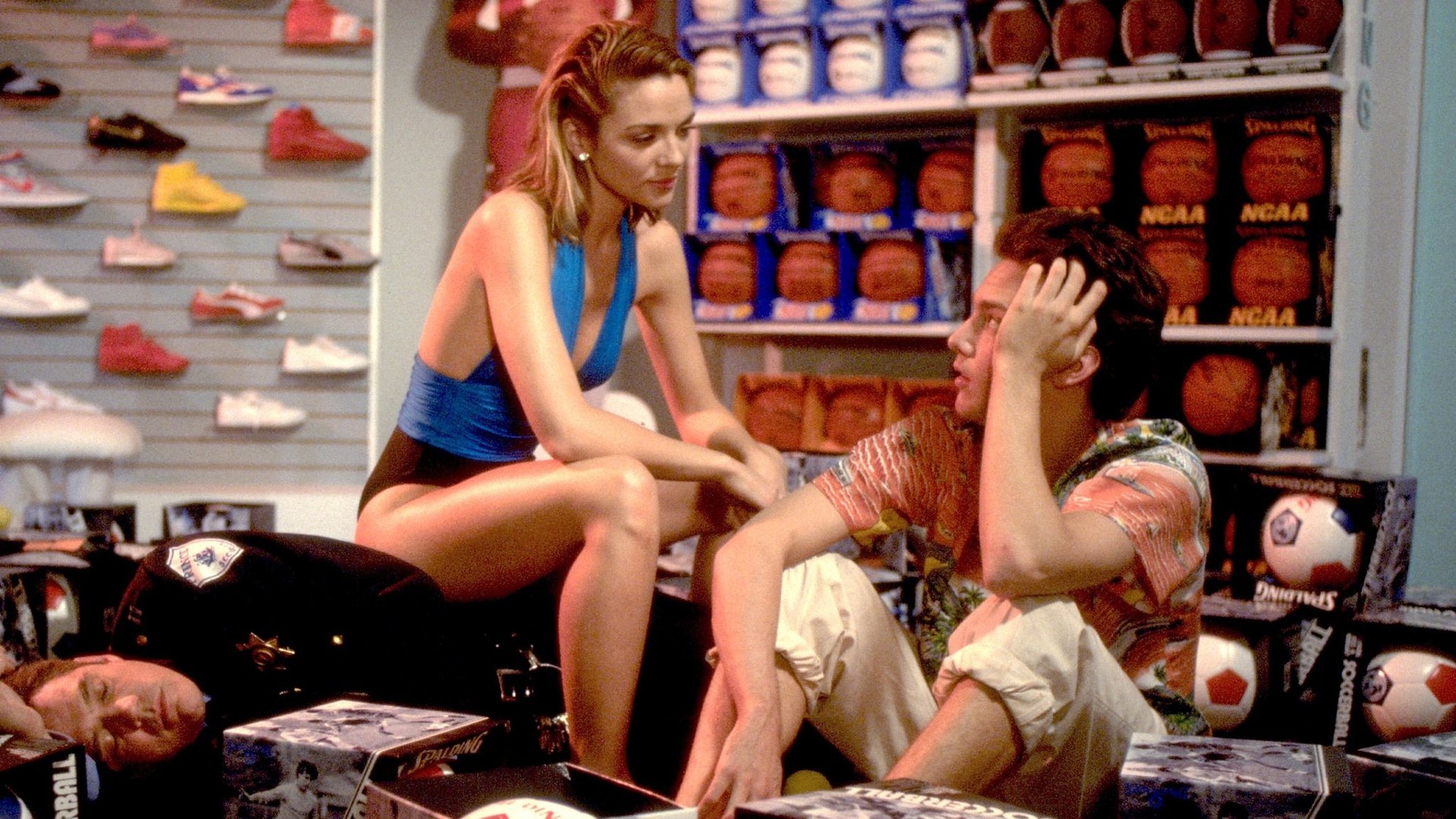 The fact that many creatives in the industry saw Joseph Farrell as a pushy “suit” is what makes his involvement in Mannequin so interesting. Farrell respected creativity and the arts and thought market research could work alongside them to make things better. He sought Mannequin to be the ultimate test of a film created with a deep postion to research and as some sort of proof of how they could work together. In the end, the movie really shows the best and worst of what that kind of thinking can achieve.

Mannequin, if you’re unfamiliar, follows the story of Jonathan Switcher (Andrew McCarthy) an artist who makes a mannequin (Kim Cattrall) so perfect he falls in love with it. When he later finds it in a department store, he realizes when they are alone together it comes to life. The bizarre premise existed before the market research – blame director Michael Gottlieb who was inspired by a shop window (or 1948’s Touch of Venus) – but once Farrell took over, the other decisions were based on science. The premise originally called for an older Dudley Moore-type to fall for the mannequin, but Farrell sought women under 25 as a demographic and they were going gaga for Andrew McCarthy despite him being untested as a leading man. They also brought along his brat-pack pal James Spader as an appealing antagonist. It’s not hard to imagine the appeal Kim Cattrall, fresh off Porky’s and Police Academy, had for the equivalent male quadrant. For older audiences, the film also features the known comedic quantities of Estelle Getty and Meshach Taylor, then stars of Golden Girls and Designing Women, for wide appeal. Add to that a rocking theme song by Starship just two years after the earworm “We Built This City,” and you’ve got a perfect package for mass consumption.

Critics hated Mannequin. They called it things like “shoddy,” “stupid,” “bizarre” and “cheesy” and it currently sits at only 22% on Rotten Tomatoes. But whether that affected Farrell’s opinion of his work is unknown, because the film did what market research is meant for: It pulled in a shocking $41 million on a lean $7.9 million budget. The broad appeal of romance, drawing-room comedy and known stars struck audiences perfectly. Pretty In Pink was released as they shot and made a Spader/McCarthy face-off something audiences were hungry for. It was the 27th highest grossing film in a stacked 1987 box office, and even garnered itself a sequel Mannequin 2: On The Move. By Hollywood business standards it was an unqualified success. 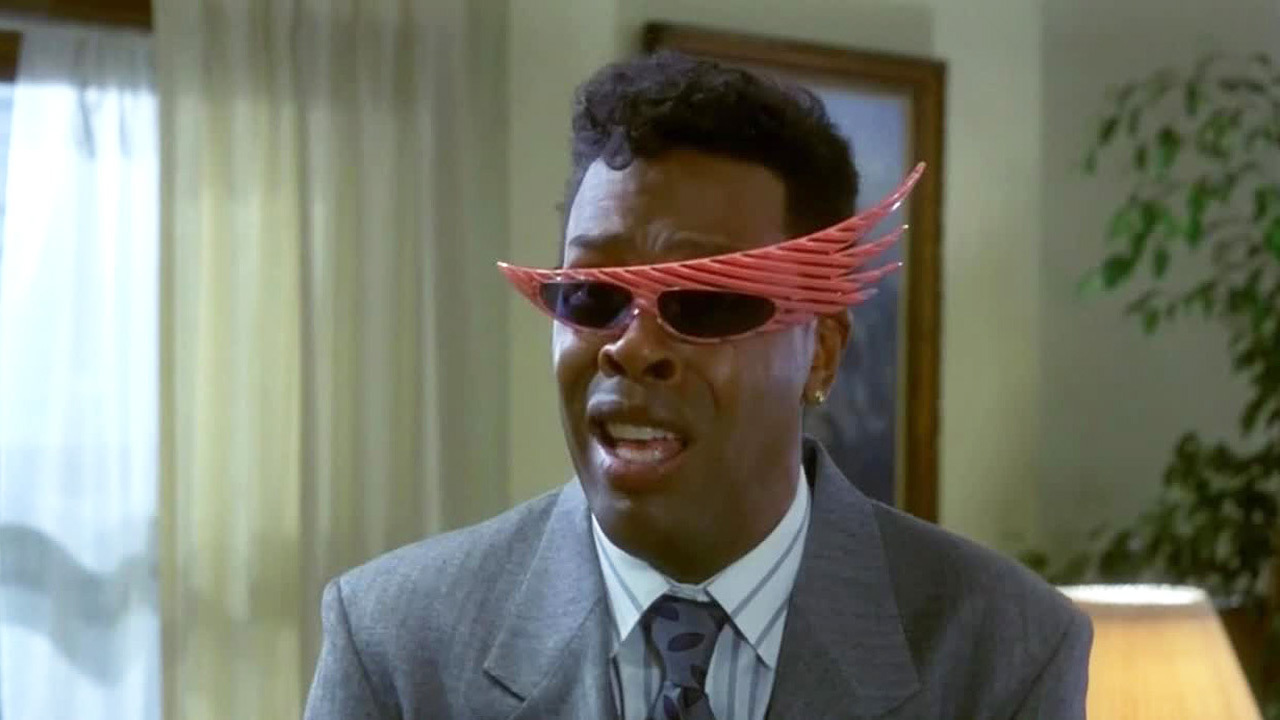 Time has really shown the flaws in market research and in Mannequin. Beyond any complaints contemporary critics may have had, Mannequin has become ridiculously dated. It drips with 1987-exclusive appeal, skyrocketing it into the realm of pure kitsch. Meshach Taylor’s Hollywood, for instance is dressed in such wild “cool” outfits that his position as an ugly stereotype is almost completely lost in pure camp. While a movie like Pretty In Pink can still appeal to audiences today as it did in 1986, with Mannequin It’s hard to consume the film straight – only the ironic viewer can delight in the wild choices and too timely-feeling portions of the film.

Joseph Farrell, whether you believe market research has a place in filmmaking or not, was a tireless champion of the arts. He served the National Endowment of The Arts, provided free legal aid to artists in New York and used his research skills regularly to show congress the important place the arts had in America. He only produced one more film in his lifetime, the 2012 Dolly Parton & Queen Latifah musical Joyful Noise, but his contributions to Hollywood will continue to be felt as long as studios are desperate for the biggest hits. Mannequin may stand mostly as an 80s oddity, but take another look and consider it how its wide appeal and success was the result of careful science.