December 9, 2016 By Cameron Maitland Go Back

Christmas movies can feel a bit cheesy, not because they’re bad necessarily, but because they tend to be overplayed and many of them deliver the same simple message. This turns folks to alternate holiday movies like Gremlins or Die Hard to get their seasonal fix without the treacle. However, there are plenty of complex and lesser seen movies that take on the holidays from different perspectives without just being a genre movie in Christmas drag. If you’re looking to feel something different this season, I suggest John Huston’s powerful 1987 adaptation of The Dead.

The Dead is based on the James Joyce short story of the same name from his collection Dubliners. Written when Joyce was just 23, “The Dead“ is often said to be one of the best pieces of short fiction ever written. The story tells the tale of family, friends and lovers brought together at a house in Dublin for a party celebrating The Feast of Epiphany in early January. Joyce perfectly portrays the warmth of postion, and the dread of isolation, felt by many during the holidays.

While Joyce is considered by many to have been one of the greatest writers of the English language, his lyrical, emotional stories are often too short on plot to interest Hollywood. Compared to his literary contemporaries, the filmed works of Joyce are smaller, stranger and more experimental. It took a cinematic titan like John Huston to wrestle this story from page to screen. 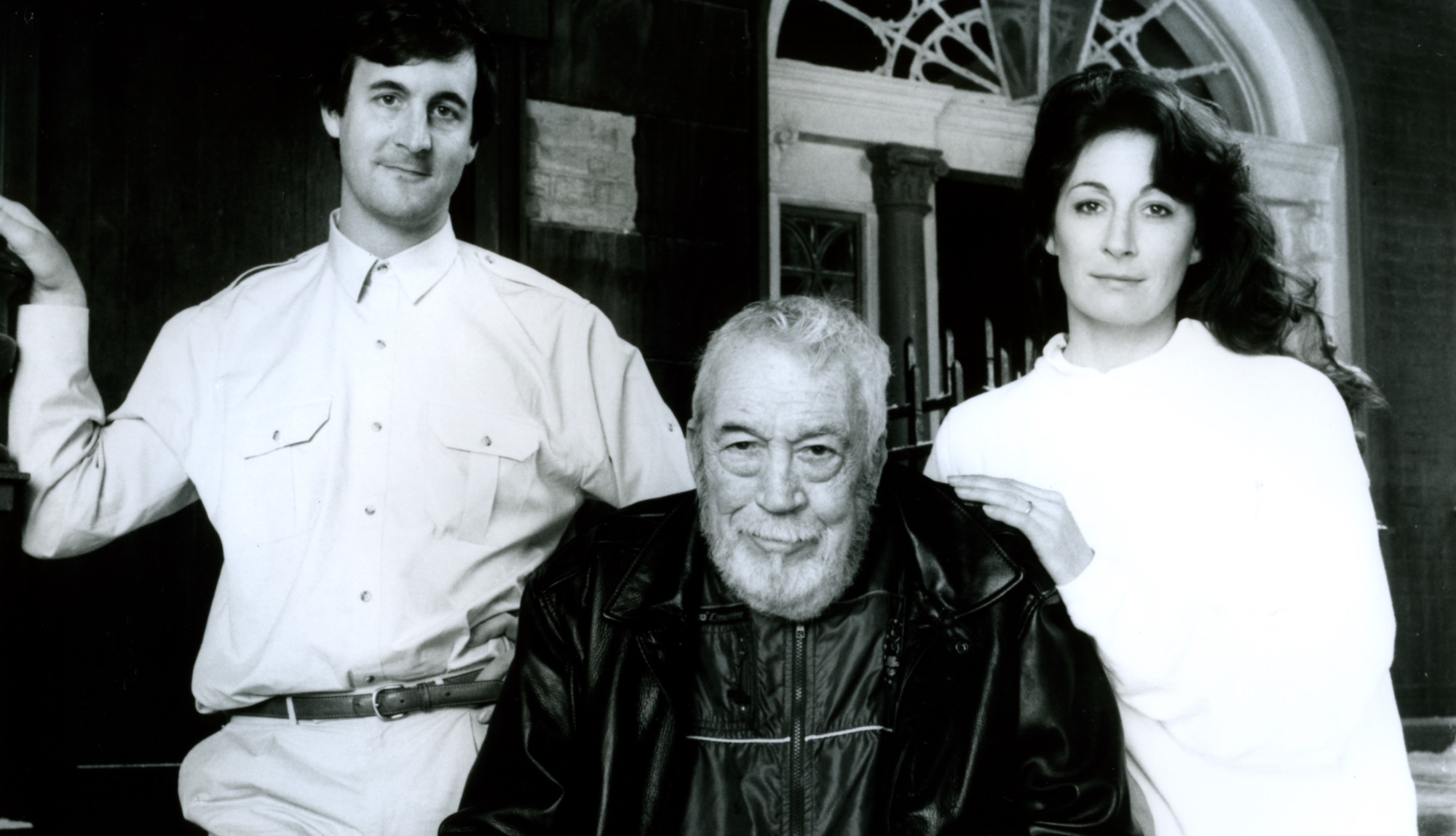 Huston’s last film, it is quiet and warmly intimate, far from the grand epics he made in his younger days like The African Queen and Treasure of The Sierra Madre. At 81 Huston knew he was dying of emphysema when he started the project, which he directed from a wheelchair and while viewing the set from monitors, but he posted the threads of the story beautifully. This is due in part to the participation of his children Tony Huston, for whom The Dead is his sole screenwriting credit, and Anjelica Huston who returned in a starring role to collaborate with her father two years after her Oscar win for Prizzi’s Honor. John Huston wouldn’t live to see the film’s release or the praise it earned, but the eye of a master is present throughout.

The Huston’s adaptation of The Dead doesn’t stray far from the 50-page source material, only stopping at times to deepen an explanation of Joyce’s tumultuous Ireland for American audiences. For the most part, like Joyce’s work, it is a story told in moments and glances among characters in a beautifully recreated turn-of-the-century Ireland. The bulk of the movie takes place at a boisterous dinner table that is a recognizable scene for anyone whose family comes together on holidays, for better or worse. To top it all off, Anjelica Huston sells her mostly silent character’s emotions perfectly and adds a mystery we as the audience, like the characters, both want to solve and wish would remain buried. In the end, the Hustons were wise enough to step back though and leave James Joyce’s words to end the film on a bittersweet note. 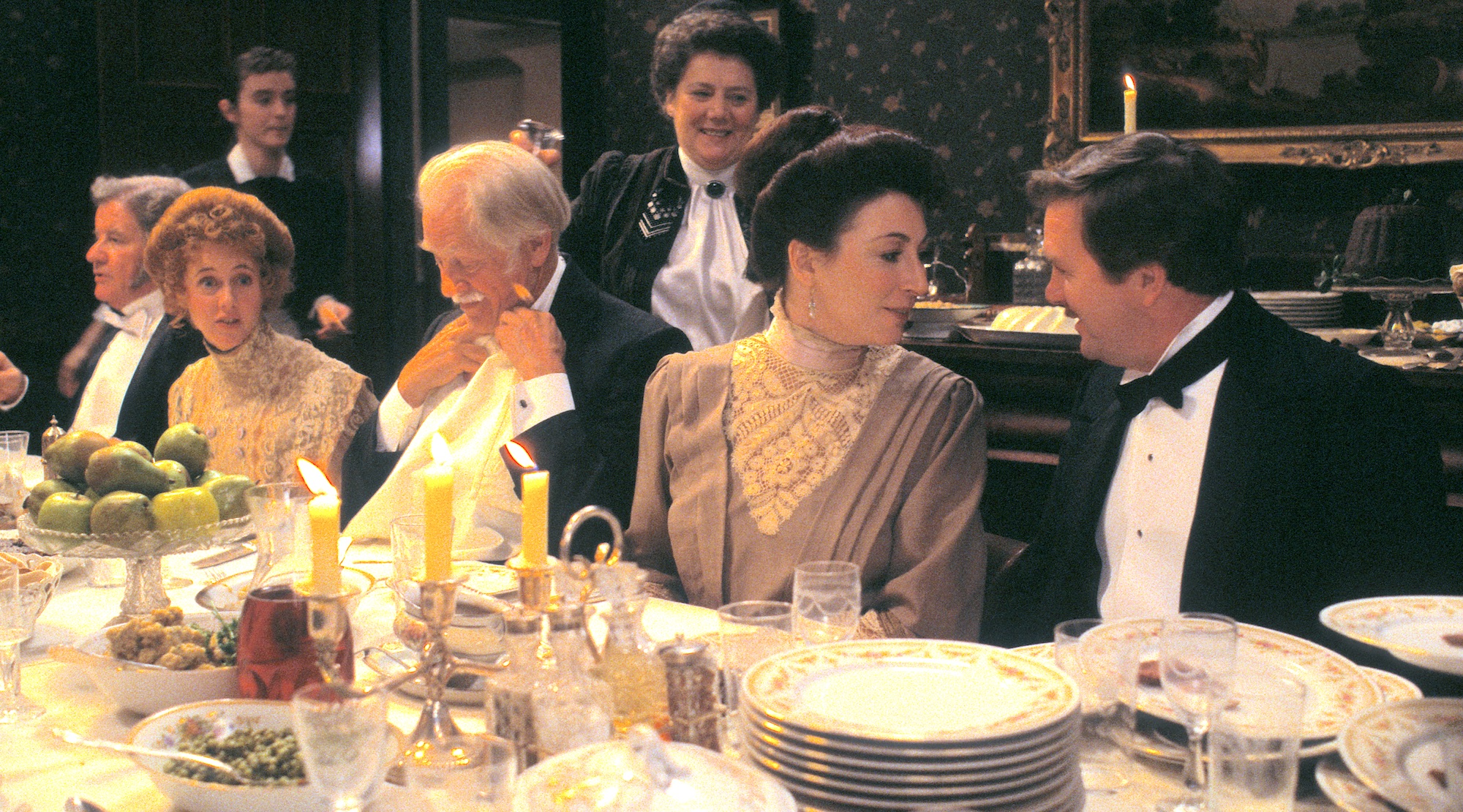 There are two lyrical flourishes invented by Huston to watch out for. First, he adds a recitation of the classic Irish poem “Donal Óg” near the start of the film, forecasting the emotion and mystery to come. Also, keep an eye for a point where Huston’s camera becomes one of the drunk, melancholy guests itself and strays from the party, instead showing us the quiet and empty parts of this Irish home left forgotten. It stirs a feeling of loss for the period itself which Joyce saw as contemporary, but which Huston had the benefit of time to understand would soon be lost and never return.

The holidays bring people and feelings together, sometimes in harsh and contradictory ways, and that’s something The Dead admits that many Christmas classics cannot. Beyond the poetic story, the film itself is a beautiful testament to the emotional postions the holidays make between people, in spite of death, and the postion between a 23-year-old Irish writer with his life ahead of him and a dying American director nearly a century later.