The Enduring Legacy (and Charm) of Ferris Bueller's Day Off

For such an iconic figure of the 1980s, writer/director John Hughes has a tough filmography to pin down. As a director he only made 8 projects, starting with Sixteen Candles in 1984 and ending with Curly Sue in 1991, but as a writer he has over 30 screenplays ranging from similar fare like Pretty In Pink to wilder slapstick films like Flubber. As a filmmaker, Hughes was inspired by a wide range of influences and was highly versatile. One of his films in particular has remained especially popular and relevant thanks to the incredible breadth of Hughes’s inspiration and skill: 1986’s Ferris Bueller’s Day Off.

Bueller both literally and thematically bridges the gap between Hughes’s early teen films and his transition into a writer of more adult films and broader children’s comedy. This was the last teen movie Hughes directed and among the last he wrote. In many ways, it feels like his ultimate statement on the teen genre and teen life in the 1980s. But perhaps more important to its legacy, it’s also a unique movie in his filmography. 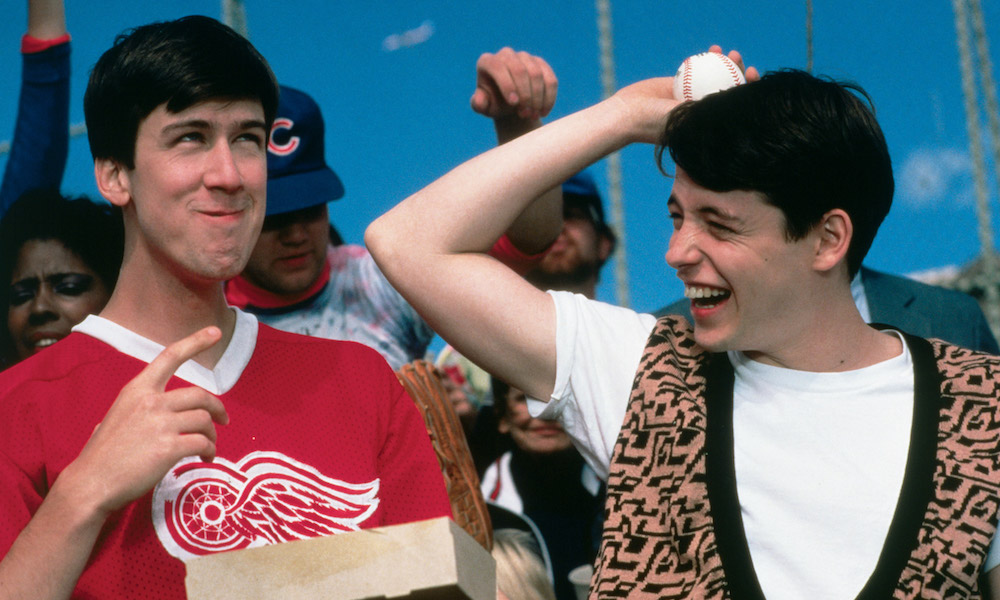 Unlike Hughes many realistic teen portrayals, Ferris is more of a broadly comedic “cool guy” type, and is used to great advantage. Ferris himself is a charming libertine cast in the mould of a baroque hero like Don Juan or Quixote and the film’s narrative follows suit. Traditionally, a hero’s journey follows a change in the character’s ideals from the beginning of their adventure to the end, but in the case of the baroque hero and Ferris, they stay the same and it’s their companions and the world around them that changes to accommodate them and their freewheeling ideals.

The tension with a hero like this tends to come from the feeling that life’s realities will inevitably crush their spirit or reveal their philosophies to be false. While Hughes builds plenty of tension with Ferris’s family and the perpetually impotent enforcer Principal Rooney, it’s really the audience’s own preconceptions that lead to the feeling that his tomfoolery will inevitably get us all in trouble. Part of why this narrative trickery works so well is Ferris’s breaking of the fourth wall, which implicates the audience in the action. While Ferris’s attitude does affect Cameron and his sister Jeanie, it’s ultimately the audience that Ferris implores to stop and look around at life every once and a while, not any characters in the movie. 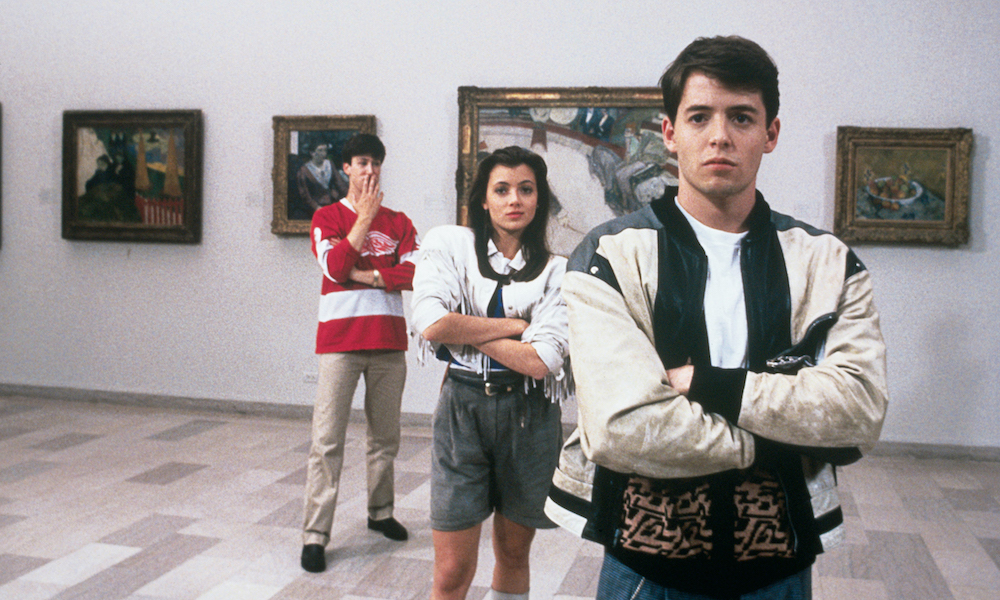 Ferris Bueller’s Day Off was a hit in its day and generally well regarded by critics. Though David Denby of The New Yorker saw it as a “nauseating distillation of the slack, greedy side of Reaganism,” nowadays it seems to be just as much a pleasant reminder of the optimism of the 80s. The passage of time has also treated it well, considering some of the ugly stereotypes and insensitive language recognized today in some of Hughes’s films. While the film does deftly mix the large comedic set pieces of Hughes’s later work and dashes of pathos from his earlier films in Cameron’s journey, it’s the personal postion to the audience that seems to be why fans keep coming back to Ferris Bueller’s Day Off.

From a wider film perspective, Ferris Bueller is interesting because while it spawned a few imitators, primarily its TV competition Parker Lewis Can’t Lose, many of those fell on their faces so it actually remains pretty unique. Teen movies are more likely to follow Hughes’s previous outcasts than Bueller’s lead, though now and again there’ll be a Say Anything, Juno or Easy A which focus on teens who confidently know who they rather than one who questions their place in society. 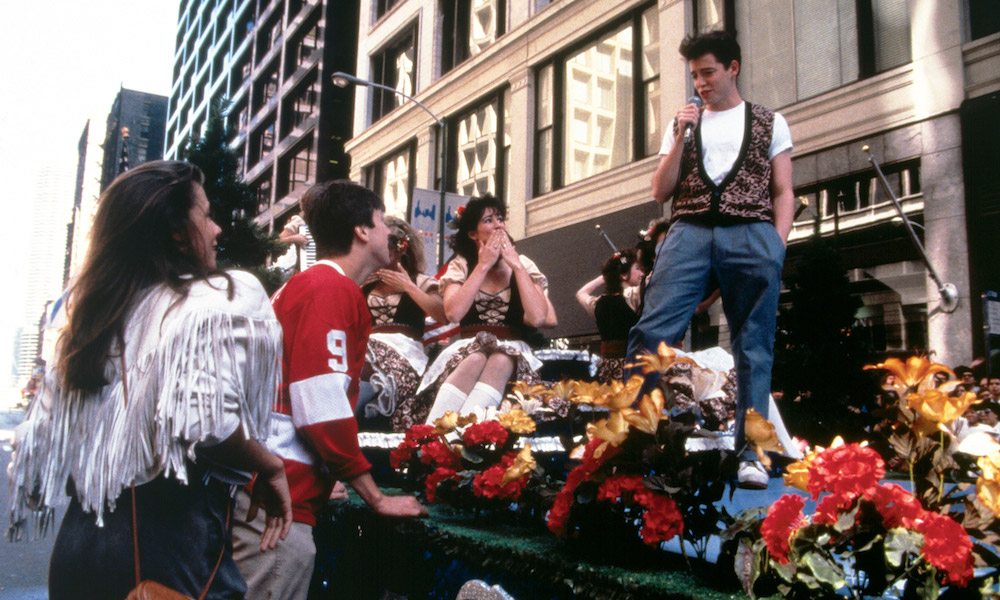 Probably one of the biggest impacts of Hughes filmography, and Ferris in particular, is the view of Chicago on film. Hughes admitted his frustration with the continued romanticism for flagging, filthy 1980s New York, and he intended Ferris as his visual love-letter to the city he considered a beautiful metropolis on the rise. The streets, the buildings and especially The Art Institute of Chicago, which Hughes claimed had never been filmed in before, are lovingly showcased in the movie. Hughes’s focus on the city helped develop the major film industry presence in the city since the mid-80s. Ferris celebrations, like the large 30th anniversary Ferris Fest in 2016, are tied to the city as well and are as enduring a part of the film’s legacy as anything else.

When we began our documentary Ferris’s Room and took a look at the impact of Sarah Keenlyside’s recreation of the set, it was truly stunning how many people this movie still touches. Whether it’s the unique lead, the stunning depiction of Chicago or the special way the film still posts with audiences, Ferris Bueller’s Day Off remains a bright point in John Hughes’s filmography and an example of the best aspects of all of his different works.

Nostalgia Trip: The Story Behind the Documentary Ferris’s Room