Definitely not Bond: 1965's dark and brooding The Spy Who Came in From the Cold | Hollywood Suite
MENU

Definitely not Bond: 1965’s dark and brooding The Spy Who Came in From the Cold

It took me years to get over an early childhood encounter with The Spy Who Came in From the Cold. My father took me when I was about nine – in keeping with his habit of dragging me along to movies because my mother never wanted to – perhaps thinking it was another of the countless Bond spoofs, rip-offs and wannabes that were floating around then. I know I did.

Imagine my surprise – disappointment, really – when what I saw had no more to do with James Bond than the word “spy” in the title. There were no gadgets, no girls, no bald-domed super-villains stroking cats while cooking up global domination. Instead, what I saw was a dreary, black-and-white movie about sad and grim people trapped in circumstances I didn't understand, and the so-called “hero” of the piece – the same Richard Burton who was then more famous for being married to Liz Taylor than being Richard Burton – seemed to spend most of his time brooding darkly under damp and grey skies. Save the world? This guy looked like he just wanted to crawl under a park bench and pass out.

I made it to the end (as I always did – a movie was a movie after all), but for years afterward I not only steered well clear of The Spy Who Came in From the Cold, it assumed a kind of symbolic status as a metaphor for boring. In my mind, Spy became code for everything I wanted to avoid in a movie: too much talk, not enough action, and no suggestion that the world could be bent into more satisfying shapes through the imposition of fantasy and catharsis. I wanted movies that looked more fun and interesting than my own routine existence, not less.

When I did finally go back to the movie as an adult, I saw something completely different: a sad but beautifully articulated study in living with the choices one has made, and an account of one bitter and battered soul to do something right in a world where such distinctions were becoming blurred to the point of invisibility. As a child, I was in no way prepared to accept that the “spy” part of the title was actually almost incidental: the crisis of soul faced by the veteran British agent Alec Leamis (Richard Burton) could have been faced by any middle-aged man who finds himself holding the empty bag in which he once carried his ideals, or who wakes up one grey morning convinced he's no longer master of his own story. 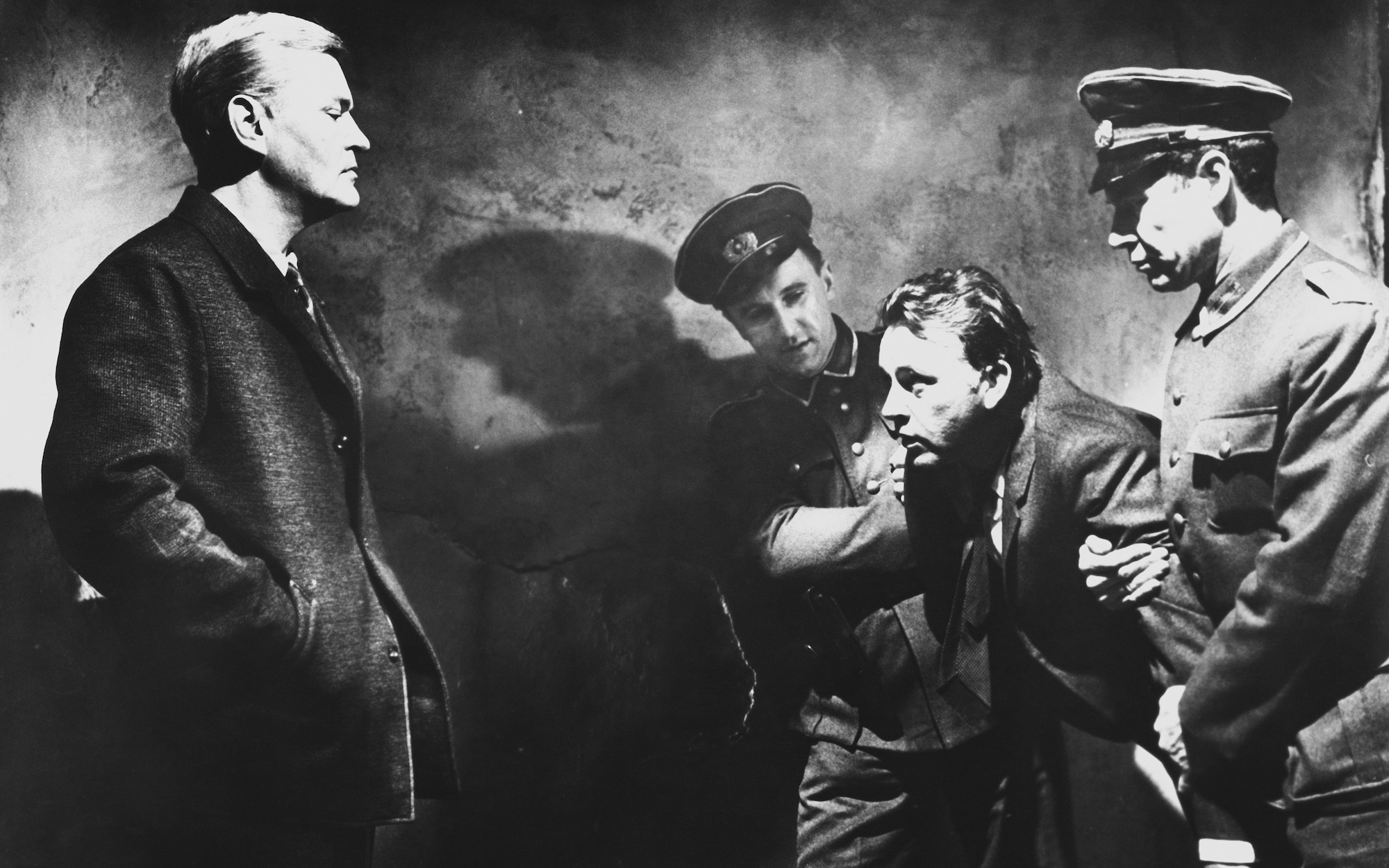 To fully appreciate the movie, that is, you needed to have had at least a passing experience of disappointment, and besides missing out on the occasional Lost in Space episode or Batman comic, my nine or so years hadn't included much disappointment.

That would change, of course, and so did my experience of The Spy Who Came in From the Cold. Not only did it become significantly more meaningful and resonant as I grew older, it became a rather different movie altogether: a movie about aging and creeping obsolescence, and about what it means to dedicate your life to principles which prove not only hollow but false. You have to have lived through a certain amount of pain to understand.

The former British intelligence officer John le Carré (born David John Moore Cornwell) had published the novel (his first) in 1963, a year after the release of Dr. No had nudged Ian Fleming's invincible super-spy James Bond into pop cultural hyperspace. Fleming, also a former officer in British intelligence, had been writing about Bond for over a decade at this point, but it was the movie incarnation of 007 – incarnated by the coldly charismatic Sean Connery – that made movie spies a 1960s growth industry. If this context made Le Carré's flagrantly anti-heroic vision of the spook business an unlikely prospect for either literary or cinematic success, it was also what made the author's fictional world so compelling and irresistible. His characters, quite apart from saving the world and living the Playboy magazine dream life, were basically bureaucrats in the business of keeping secrets. They toiled under cover of drab anonymity, lived with the constant threat of betrayal or exposure, and had long since permitted paranoia to assume the status of daily reality. I don't know if Le Carré ever wrote it, but I'd love to see a scene in one of his novels where a burned-out spy sneaks a fifth of gin into an afternoon matinee of Goldfinger and howls away in the darkness at the absurdity of it all. Maybe he gets thrown out. Or maybe he's found dead when the lights come up. But I digress.

By now, there have been many movie and TV adaptations of Le Carré's stories and novels, some very fine indeed. I'd put the two BBC adaptations featuring Alec Guinness as the vaporous George Smiley among the best TV mini-series ever produced, but no movie has distilled the author's dryly unromantic worldview or tone quite as effectively as The Spy Who Came in From the Cold.  From the very first scene, in which Leamis watches as a spy he's been running for Britain is killed while attempting to cross Checkpoint Charlie in Berlin, we're immersed in a world as damp, chilly and hard as the walls separating Berlin into east and west. Burton, who was not exactly famous for investing all of his formidable talents in his movies, so fully inhabits this near-broken and bitter intelligence veteran that all we need to see of the man to understand his internal turmoil is his back: it's all there in the worn topcoat, the sloping shoulders, the clipped and cynical tone of voice. When he turns, both to douse the enthusiasm of a young CIA agent but also to fortify the contents of his coffee cup, we may feel we already know him. 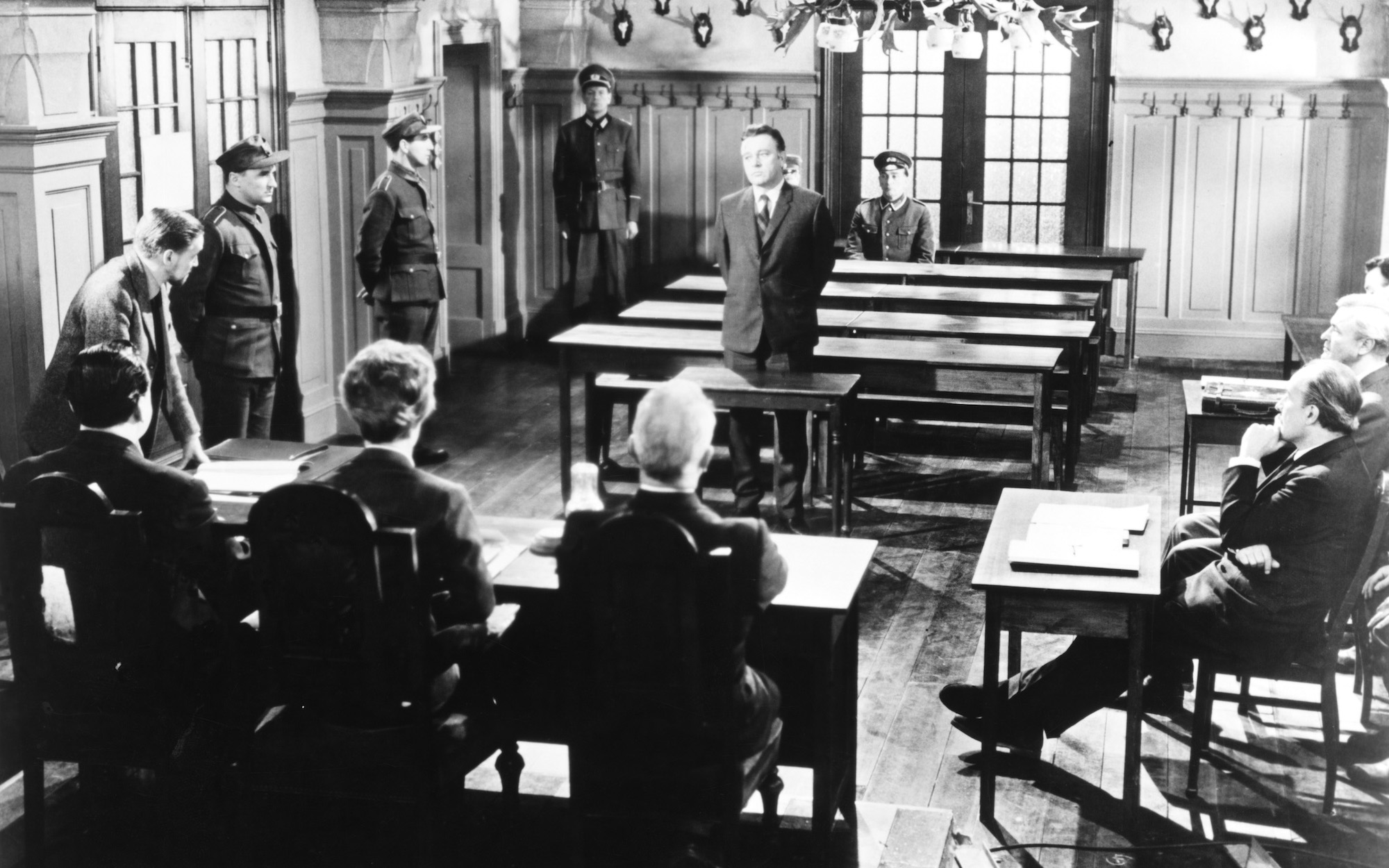 The American director Martin Ritt might have seem a rather unlikely candidate for such an astutely attuned adaptation of Le Carré's novel, but the director of Hud also had a history of political intrigue and compromised ideals: the son of Jewish immigrants, Ritt was drawn into New York's burgeoning leftist cultural scene at an early age. Although not a Communist party member, he was a self-avowed sympathizer, member of the radical Group Theater and protege of Elia (On the Waterfront, East of Eden) Kazan. His directing career followed a stint as an actor, but it was cut short in 1951 when Ritt was blacklisted for his prior associations. He returned to directing by the end of the decade, but by then the experience had clearly seeped into his bones. As ostensibly different as Ritt might have been from both Leamis and Le Carré, there was clearly a potent connection on the spiritual level: Ritt knew a thing or two about secrets, state subterfuge, betrayal and compromise, and it made him unusually sensitive to the existential condition of a spy waking up to realize he's as expendable as a false passport. Or worse, to realize that no amount of good intentions can justify the misery perpetrated in their name. If Leamis every had any sense of purpose to his profession, it was shot down as surely as the man on the bicycle attempting to cross Checkpoint Charlie.

If Ritt's history of besieged idealism keyed him tightly to the plight of Alex Leamis, it also helped him to draw not only one of the finest performances of Richard Burton's (otherwise dubiously spotty) career, but help the actor himself find the Leamis inside. While it's possible to imagine how so many other British actors of the day – think Dirk Bogarde, Laurence Harvey, Stanley Baker – might have played Leamis, it's impossible to imagine any of them bringing quite the same level of sublimated anger, guilt and toxic self-loathing to the part as Burton. Watch especially those sequences where Leamis, in a bid to pose as an alcoholic, disillusioned British spy ripe for defection, wanders about the city, alone and likely drunker than the charade requires, a man almost entirely adrift, on his own and caught in unseen crosshairs. It's an act, of course, but is it? As a performance, Burton's Leamis is one of those cases where actor and character begin to blur so imperceptibly into one another the distinction is not only irrelevant but nearly impossible.

On one level, this is one of best movies about spying of them all. But on another, where the specific opens up to the universal, it's not really about spying at all: it's about confronting the possibility that it's all been for nothing. You don't have to have actually been a spy to understand that, but it does help if you've lived enough to feel it.