Have you seen the 90s gay rom-com starring… Paul Rudd and Jennifer Aniston?

Every decade seems obsessed with defining itself from its predecessor, but the phrase “It’s the 90s!” has really lived beyond the decade it came from. Free from the conservatism of the Reagan era, the 90s flaunted change and tried to define itself based on social progress. The 90s ethos proposed society was beyond racism, sexism and homophobia, and even if it was mere lip service, those changes made a lasting impact on the movies. 1998’s The Object of My Affection is the perfect example of a movie that could only have been produced in the late 90s.

The film follows social worker Nina (Jennifer Aniston) as she befriends, moves in with and starts, despite her best efforts, falling in love with gay school teacher George (Paul Rudd). What sounds like a cut-and-dried premise gets more complicated as they confront thoughts on single parenting out of wedlock, the dynamics of gay-straight friendship, and alternative and interracial relationships. It may seem like a quiet, sly dramedy about relationships, but much of what you see on screen never would have flown even just a decade before.

The gay rights movement of the 60s and 70s had allowed previously subtextual, “coded” gay characters in movies to come out and be openly gay, though often as cruel caricatures. The AIDS epidemic of the 1980s forcibly outed gay people from all walks of life, and woke up large portions of straight society to the fact that anyone could be homosexual. The late 80s and early 90s saw a rise in prominence for many independent gay filmmakers. Even big studios found audiences to be sympathetic during the crisis with Kiss of The Spider Woman and Philadelphia winning the first Oscars for gay roles. 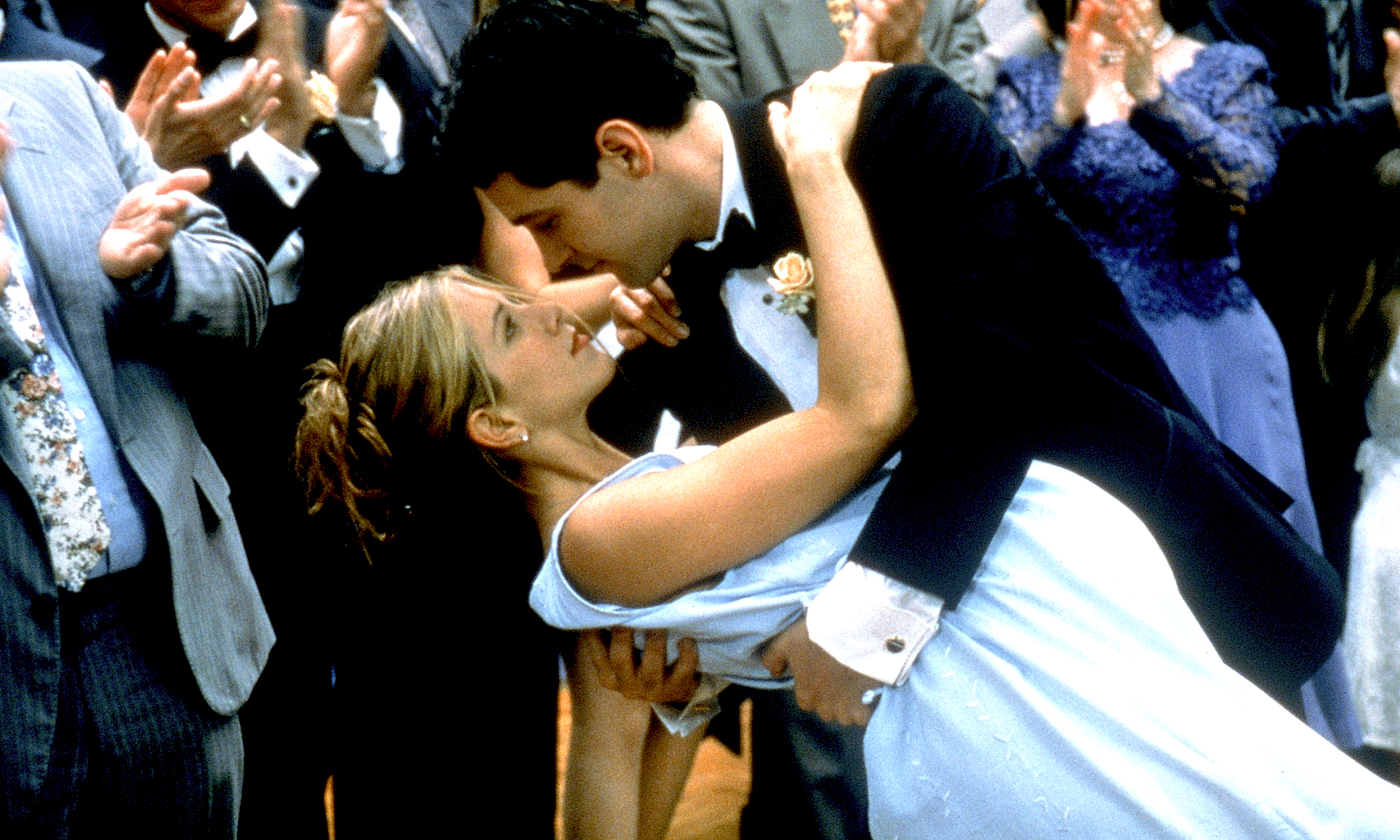 The Object of My Affection manages to move beyond those early 90s pitiable, sympathetic characterizations and portrays George first and foremost as a human. George is average, stuck in traditional binds like finding a place to live and falling in love. Director Nicholas Hytner and the original novel’s writer Stephen McCauley are gay themselves and refreshingly don’t focus the film just on George’s sexuality. They gave George a uniqueness and depth to the character that’s uncommon outside of independent queer cinema. The Object of My Affection wasn’t alone either. Classics like Gods and Monsters, Billy’s Hollywood Screen Kiss, and even the tv show Will & Grace premiered the same year, which seems to show the public was ready to accept more subtly drawn gay characters.

Some credit should go to Jennifer Aniston as well, who, at the height of her Friends fame, chose offbeat projects like this with deeper, controversial characters to throw her weight behind. Both a legacy star following in her famous father’s footsteps, and a working actress before the big break, Aniston no doubt preferred the idea of a complex, sexually confused woman to the typical Hollywood ingenue. The Object of My Affection wasn’t necessarily a prestige project, it wouldn’t gain her much, but its politics, even in the lenient 90s, could have torpedoed her career. It’s refreshing to see a star take a gamble, and Aniston has continued to do so throughout her career with films like Office Space, The Good Girl and Friends with Money.

To go much deeper into the plot of the film would spoil its narrative, but rest assured any false notes are forgotten by the end. It tests an audience to accept the complex nature of attraction and relationships in a very unusual way, yet never steers away completely from a lighthearted studio romance. The Object of My Affection might seem a little fluffy, but it’s a breath of fresh air that seems progressive even by today’s standards. It’s an interesting reminder that among the glut of generic rom-coms in the 90s, a few manage to do something more nuanced, and that there was a brief period when having the most politically progressive film was something studios wore like a badge of honour.