Hit the Open Road with 1976's The Gumball Rally
MENU

Hit the Road with 1976’s The Gumball Rally

Racing is nothing new in movies, with the thrill of a good race pairing well with the visual spectacle of film. As car culture changed, so did the themes of the movies, and decade by decade you can track the trends. The 1950s had their hot rod movies, the 1960s turned its lens to professional racing, but the 70s was all about maniacs, loners and criminals going as fast as they could. What changed in the 70s? Well, when it comes to 1976’s The Gumball Rally and the cross-country road race films that followed, you can trace it back to one wild real world event.

The 1970s were an interesting time for car culture in the United States. On one hand you had an increase in speed with nitro funnycars, street machines and a boom in supercars from brands like Lamborghini, but on the other hand the country saw the unification of its roads and traffic laws. The interstate highway system that started under the Eisenhower administration was building nicely, and in 1966 the National Traffic and Motor Vehicle Safety Act shifted a focus in how to effectively police these roadways, while the 1974 Emergency Highway Energy Conservation Act saw new speed limits set in place. Of course, a legal crackdown was sure to cause friction among motorheads who were going faster than ever. 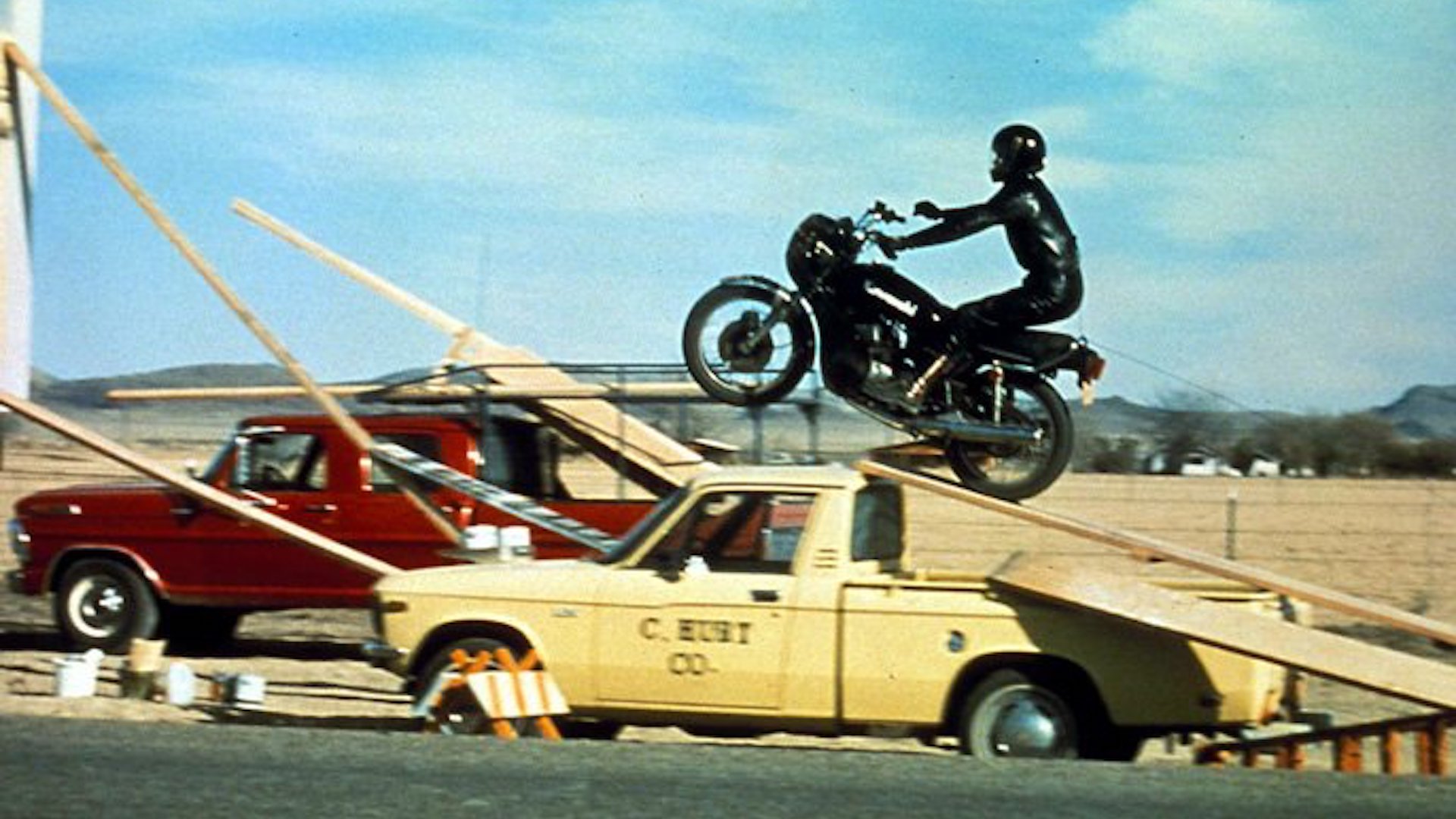 One person set to comment on it all was Brock Yates, a journalist for Car and Driver magazine who had an idea. Inspired by cross-country record setter Erwin “Cannonball” Baker, Yates came up with an illegal race that would simultaneously celebrate the interstate highway and act as a protest against the new 55 mph speed limits in America. After doing the first 1971 run in secret in a Dodge Van called the “Moon Trash II”, Yates opened the race in 1972 to competitors and the Cannonball Baker Sea-To-Shining-Sea Memorial Trophy Dash began.

Starting in New York City and ending in Redondo Beach, California, the race purposefully had few rules, with the only true limitation being a gentleman's agreement that only one vehicle would be used throughout. Otherwise, type of vehicle, maximum speed and number of crew and drivers were left up to the imagination. The first winner was American racer Dan Gurney at 35 hours and 54 minutes coast-to-coast. The race would be run two more times, with the 1975 run gaining the most attention thanks to international press coverage.

By 1976, Hollywood had caught on to the trend as well with both Cannonball and The Gumball Rally appearing on the scene. Cannonball came from producer Roger Corman and writer/director Paul Bartel, the masters of cheap and quick, and starred David Carradine. It’s strangely dark as a reaction to Corman feeling their prior Death Race 2000 flopped because it didn’t take the subject matter seriously. Bartel’s usual comedic touch is mostly absent, and the film suffers for it, avoiding fun in the story and being more like an excuse to reuse Corman’s car crash footage. 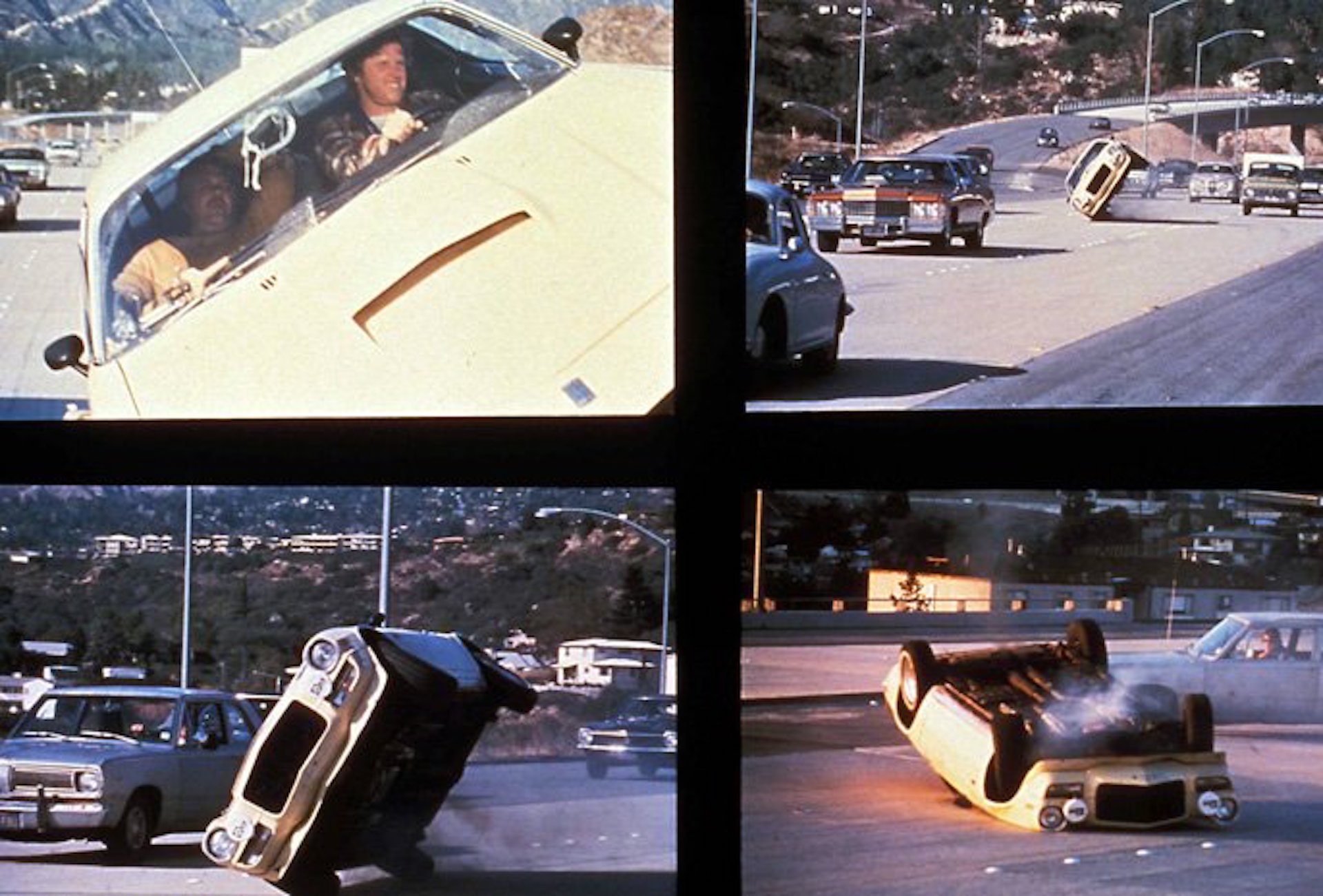 The Gumball Rally, on the other hand, really takes on the joyous spirit of Yates’ concept. Helmed by stuntman-turned-director Chuck Bail, it has a lot more fun with the types of cars, types of people and sort of chaos the concept could allow. It features some of the best cars on offer in the era with Porsches, Camaros, Ferraris, Rolls Royces and Kawasaki motorcycles filling the screen. Closer to the manic feel of It’s A Mad, Mad, Mad, Mad World (1963) the movie is a goofball showcase for stunts and a joyous disruption of the status quo.

The race of course couldn’t last forever, and after a 1979 run Car and Driver agreed to a more legal, closed-course alternative. It wasn’t the end for Brock Yates though as he went on to be the screenwriter behind the 1981 Burt Reynolds film based on the race: Cannonball Run. It would go on to eclipse the films that came before it with a massive franchise. It was also directed by a stuntman, Smokey and the Bandit’s Hal Needham, and featured an even bigger cast of stars who outshone the likes of Raul Julia and Michael Sarrazin in 1976.

The wild cross-country race movie became a genre unto itself after the 70s, with movies and TV trying to reclaim the idea with some regularity. The Gumball Rally remains an interesting artifact made in the era of the real race, burning rubber on the zeitgeist itself. Whether The Gumball Rally served as an inspiration for the films that followed, or merely a “right place at the right time” early adopter of the form, it’s an excellent peek into how the 1970s felt about cars and the roads they drove on.