What to watch in December on Hollywood Suite Nov 30, 2017
The History of Vampires in Movies Nov 30, 2019
Gaslight(ing): The Ingrid Bergman-starring Gothic Thriller that Coined the Phrase Apr 13, 2018
How Mel Brooks unleashed a decade of parody movies Sep 9, 2016
Starstruck: John Travolta Jun 1, 2018

Alejandro González Iñárritu is one of those directors absolutely beloved by the Oscars, but who might not always reach the average viewer. His work is often long, poetic and frequently dips into grim and political subject matter you don’t see much outside of awards season. Still, his place is cinematic history is secured as the first Mexican director to be nominated for a Best Director Oscar, and as one of only a handful of directors to win back-to-back Oscars.

Iñárritu’s films seem to be defined by two periods. First, there were the 2000s multi-story, interconnected epic movies like Amores Perros, 21 Grams and Babel. These films were known for the poetry of their multitudinous characters’ lives intersecting. Whether it always worked or not, Iñárritu showed an ability to work with large casts and tell idiosyncratic stories in Spanish, English, and around the world. Directorially, his Oscar hot streak came with his second phase of more intense character studies like Birdman and The Revenant in the 2010s. Biutiful acts as a bridge between the two, primarily focusing on one character’s journey while still showing threads of Iñárritu’s obsession with interconnectivity.

Biutiful tells the story of Uxbal, a father and manager of undocumented immigrant labour, who finds out he has terminal cancer and must grapple with the helplessness he feels in the short time he has left to live. The story features many of Iñárritu’s hobby horses: It acts as agitprop against the treatment of immigrants in Spain, it features mystical moments with ghosts, and takes time to briefly explore the squalid lives of the people Uxbal interacts with. What is different though is this film is definitively focused on Javier Bardem’s portrayal of Uxbal, and the way it unfolds really seems to be a proving ground for the filmmaking style we’ve come to expect from Iñárritu today. 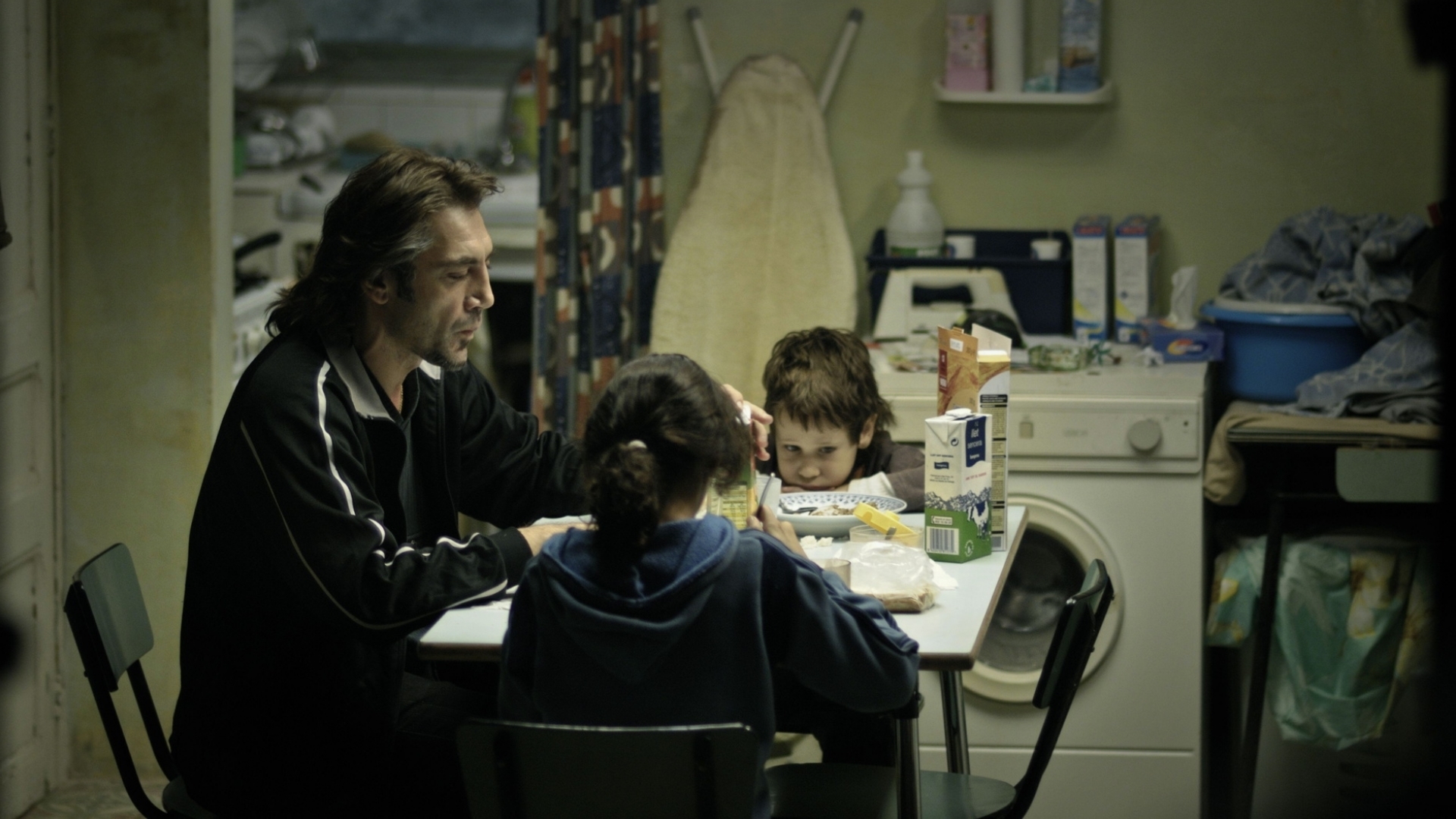 The camerawork in Biutiful is handheld, with a deep focus on Uxbal – frequently in closeups that audiences would recognize from Birdman or The Revenant. This is a brilliant trick that gives an actor room to play with subtle expression and whispered dialogue and does so much to draw out the interior life of a character. There is also a long, surrealistic tracking shot in a bizarre club which almost seems like a test for the massive, sometimes film-long, single shots that get so much praise in Iñárritu’s more recent work.

Iñárritu wrote the role of Uxbal for Javier Bardem and it's the perfect marriage of actor and role. Bardem always seems to have a way to portray emotion, put up and tear down walls, and sell extreme transitions. The role contains moves from fearsome power to extreme vulnerability, and he can play it as wide or as subtle as the close-up camera requires. It’s no wonder the role earned Bardem what would be the first Oscar nomination ever for a role entirely in Spanish.

Whether you’re a big Alejandro González Iñárritu fan, or new to his work, Biutiful is a good starting-off point. It has vestiges of his previous style and bold predictions of the award-winning filmmaker he’d become. Marvel in the unique intensity of its cinematography and spend an emotional embrace with a character in a way few other movies could ever allow.

Shampoo: A blast from the past Jun 26, 2017
What To Watch On National Canadian Film Day Apr 11, 2017
Enough Said: Unexpected Performances from Julia Louis-Dreyfus and James Gandolfini in one of his Final Roles Sep 20, 2018
Remembrance Day Films To Watch Nov 7, 2016
Shocktober is here! 20 Scary Movies to Catch Before Halloween Sep 24, 2018