Tune in to Hollywood Suite January 5–7 for a weekend of Robert Altman films! Join us for MASH, Come Back to the 5 & Dime, Jimmy Dean, Jimmy Dean, and the Hollywood Suite premieres of Nashville, Popeye, A Prairie Home Companion, the Criterion Collection version of The Player, and the Ron Mann documentary Altman.

Standing at the Montreal hotel room door waiting for Robert Altman, I was terrified. It was 1987 and I wasn't yet thirty. Altman was something of an idol to me, and I hadn't really stopped trembling since my request to interview the notoriously plain-spoken maverick director of McCabe and Mrs. Miller, The Long Goodbye and Nashville had been approved. Waiting for that door to open, I probably checked my CBC-issued tape recorder – at least twelve pounds of analogue technology – eighteen times.

The only condition for the interview was this: I was to travel to Montreal where Altman, in one of those cyclical career slumps he was prone to, was directing John Travolta in a low-budget omnibus film of two Harold Pinter short plays. He didn't want to speak by phone or studio hook up. He preferred to meet his interlocutor in person. Hence, my nerves. I was as thrilled as I was freaked out

The voice from behind the door, speaking in a slight mid-western drawl to someone else in the room, said something about confirming a meeting for later in the day. Then the door opened and I was almost immediately put at ease. Or at least a lower grade of terror. How possibly threatening could a sixty-one-year-old man wearing a beige velour track suit be? 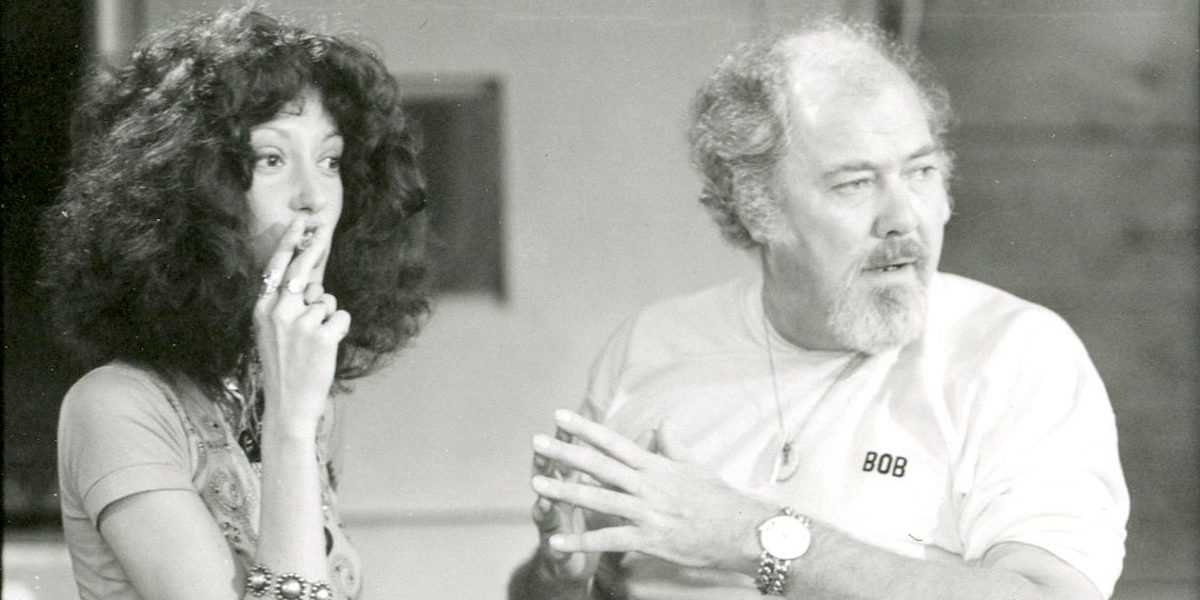 Altman stepped back and gestured me inside, all the while continuing his conversation with a person in another room. His attention turned fully to me only once until we got started. I introduced myself, calling him, as I surely must, “Mr. Altman”.

“Please,” he said before disappearing into the room the other voice was coming from, “Call me Bob. Everybody does.”

It turned out to be the first of four or five times I interviewed Altman over the years, and the tone remained the same: Altman skeptical but game, willing but resistant, welcoming but defensive. He knew he needed press to draw attention to his art, but he also knew the press could be as fickle and unforgiving as the system he'd dedicated his professional life to slamming up against.

More than anything, Altman hated Hollywood. More than anything, that hatred motivated him to make movies that challenged, mocked and effectively undermined just about everything Hollywood stood for. It must have been an occasionally torturous co-dependency: Altman very likely knew his art thrived and blossomed in opposition to what Hollywood expected of movies, and he probably hated Hollywood even more because he realized he needed it. Not just to get movies made, but to get movies made that weren't like movies being made just about anywhere else.

The batch of Altman titles on view this month should suffice to immerse you in the filmmaker's world. It's a place where chaos tends to reign, but the not the chaos of planets exploding, cars screeching or buildings toppling. Altman's chaos is more like the chaos of ordinary life, but it tells you something about both movies and ordinary life – not to mention Robert Altman – that the movies struck so many as almost incomprehensibly incoherent when they first appeared. People in them tended to all talk at once, and Altman's crew of sound recordists and cinematographers plunged into things like stealth agents on undercover assignment. 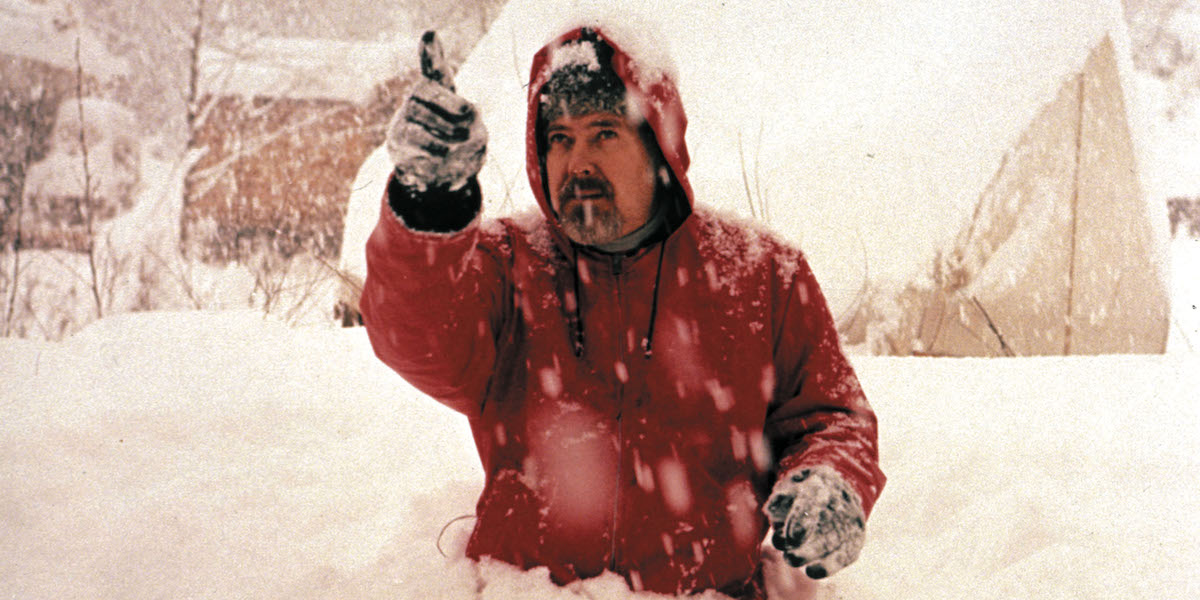 Take, for instance, one of the most famous movie openings of them all, and perhaps Altman's most dramatic and disorienting announcement of his almost unprecedented new vision. At the beginning of McCabe and Mrs. Miller, a lone figure wearing an immense fur coat and dandyish bowler hat arrives in the mud and plank northwestern community of Presbyterian Church. We follow him through the deeply snow-covered woods as he approaches the community, Leonard Cohen's “Sisters of Mercy” playing on the soundtrack like a dirge for something already long gone and forgotten.

There is melancholy here and not much promise of hope, but the gathering climate of wintry chill is undercut as soon as McCabe – who is revealed to be Warren Beatty under all that fur and snow – enters the town saloon and suddenly life bursts forth like a mountain spring: in the dimly-lit warmth of the saloon – so dimly lit we can't make out most of these interchangeably scruffy mountain men – what we hear is a number of people all talking at once, the camera and microphones stalking every bit of action and dialogue they can, and in an instant we realize something.

For all its fragile appearance, this is a full-fledged community consisting of vividly differentiated people, and McCabe has just entered it like a jungle explorer happening upon a lost tribe. We may already sense that McCabe's mission – he's a gambler who fancies himself a community builder – may be a fool's errand, and almost entirely because Altman has so dramatically but subtly conveyed a place that's already entirely – or nearly – self-sufficient without his presence in it.

Indeed, one might even sense, even in these early moments, that the community will likely carry on without him as well. Although the style employed by Altman, who cut his teeth shooting industrial films in Kansas City after flying B-24 bomber missions in WWII, is almost completely unorthodox in conventional western storytelling, it somehow fits and even speaks to our familiarity with the genre.

In the end, the western is all about the past receding to an oncoming and unstoppable future. McCabe may not look like your usual lone gunslinger riding out of the wilderness to protect the vulnerable outposts of spreading, so-called “civilization,” but he doesn't need to: we get the reference due to our almost metabolic familiarity with the western's tropes and conventions, and the fact we suspect whatever McCabe's up to is likely doomed is entirely consistent with what the old west has already told us: history will go on whether those who make it live or not. Which is to say McCabe has something of an air of doom about him. 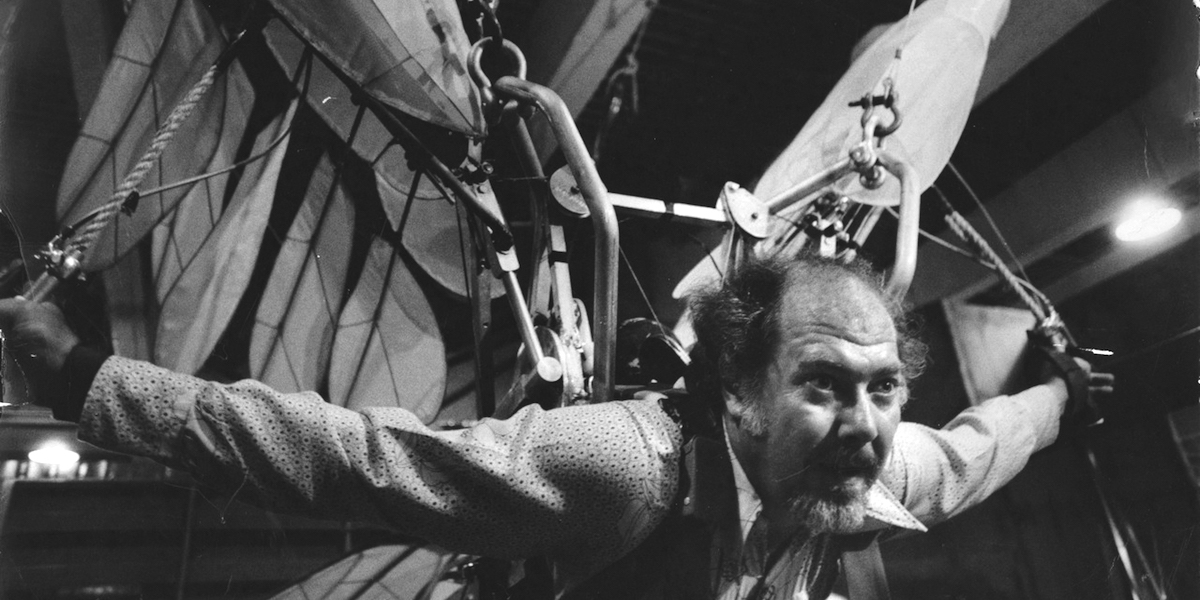 If you watch McCabe, Nashville, The Player or Altman's own curtain call A Prairie Home Companion, you'll find yourself in a world where life and chaos co-exist combustibly but co-dependently (And if you watch Ron Mann's fascinating first-person doc Altman, you'll enter the director's own head, as he talks frankly and at length about his art, history and terminally conflicted relationship with the movie industry). This technique accounts for the director's fondness for gatherings of people thrust together by disaster or circumstance: the massive traffic jam that opens Nashville, the struggling outpost of Presbyterian Church, the living-cartoon world of Popeye, and the absurd machinery of wish-fulfillment and escape cranking mercilessly in the Hollywood-noir The Player.

In a great many of Altman's movies, which only grow more impressively distinct as years pass, people are thrust into circumstances where the veneer of order is punctured and exposed for what it is: people just trying to make sense of the daily confusion that comes with living. And while that confusion may take on an aura of cynicism, bitterness or futility, Altman's innate distrust of systems and social conventions isn't nearly as bleak as it may appear. Where the late fighter pilot's perfectly reasonable disinclination toward optimism struck many as simply too acerbic to bear, it was always tempered by the director's clear and enduring affinity with the individual spark of idiosyncratic life.

As awful as things were for his characters, the characters themselves were so alive, eccentric and obliviously self-absorbed they couldn't help but be somehow affirmative. In Altman's movies, all that synchronized chaos is so much more than just a persistent stylistic quirk: it was Altman's way of finding something both positive and transcendent in the otherwise dehumanizing ordeal of modern living.

No matter what systems, laws, conventions or rituals one subjects people to, they are always people: individuals with histories and attitudes as distinct as fingerprints. All you had to do was learn to watch and listen, and that's what Altman's storytelling style constantly required us to do: to navigate through these turbulent worlds at full attention, and to discover in them those individually beating human hearts that are always to be heard if we know how to listen. 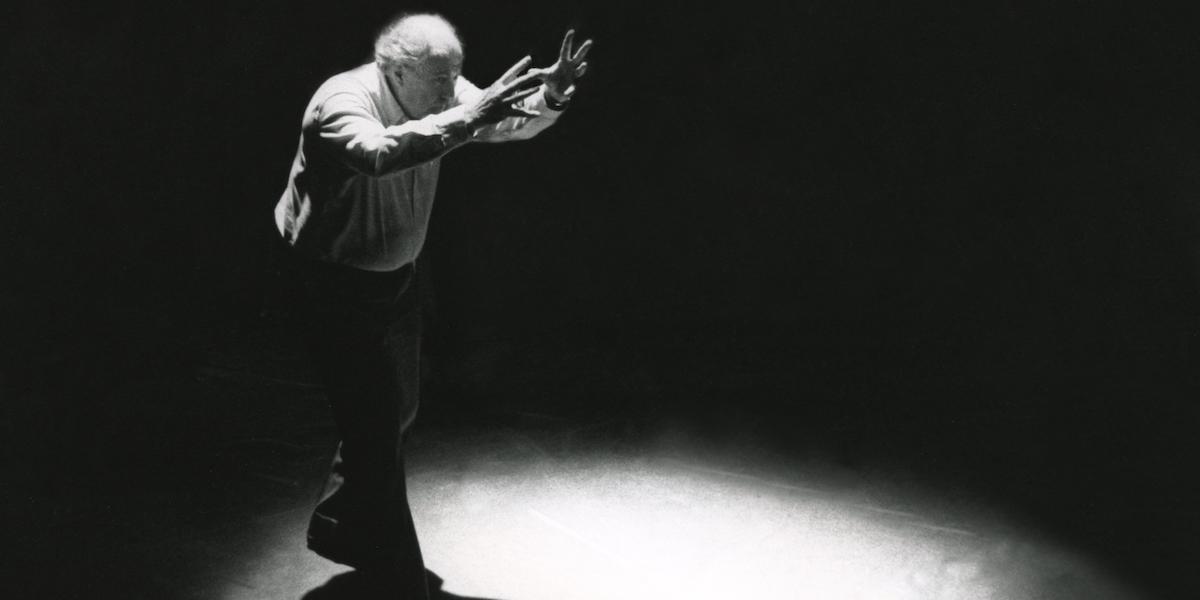 I've heard Altman described as cruel and even sadistic in his cockeyed bent on American society, but that only goes as far as the characters we meet. No amount of regulation, conformity or pure corporate persuasion is going to extinguish that vital spark of individual humanity.

No wonder Altman's conventional approach to shooting involved several cameras, several sound recordists and an ensemble of actors improvising what their characters might say and do if they lived off-camera as much as they do on. The fact is, on an Altman movie one never knew if one was on camera or not, so you had to stay in character every moment that film was rolling, and sometimes even that was a dubious principle: the camera might be rolling at any time. One never knew, so one might as well be in character no matter what happens, and that, in something of a nutshell, was the overriding Altman credo: life was what happened while no one was watching or listening, so the art was learning to capture and observe the percolating rhythm of individual voices trying to be heard above the din.

Beneath everything – the chaos, the disasters, the blunders, miscalculations and doomed dreams – there is always the beating of individual hearts. You just had to learn to find them.

The last time I saw Robert Altman, who died at 81 in 2006, was in the lobby of the Four Seasons Hotel in Toronto during the Toronto International Film Festival some years ago. It was revealing. As I stood waiting for an elevator, Burt Reynolds entered and crossed the lobby flanked by at least four bulked-up bodyguards. Funny thing was, almost nobody noticed. Meanwhile, on the lobby's other side, Robert Altman stood among a crowd of people laughing and talking. The people didn't look like industry types: they looked like people who had seen Robert Altman's movies and were determined to tell him so. You just knew Altman was watching and listening very, very carefully.