Was the 80s The Best Decade for Horror Movies? | Hollywood Suite
MENU

Was the 80s The Best Decade for Horror Movies?

Shocktober is here! Get ready for the creepiest day of the year with 60 spooky and scary movies throughout October, and special all-day horror marathons on all four Hollywood Suite channels on Halloween.

Horror movies have existed as long as movies themselves, and while there have been great scary movies every decade, pretty much any fan would single out the 1980s as one of the greatest decades for horror. This is thanks not only to innovations in the ways movies were shown, but also to the cultural and political transformations underway at the time.

Two big changes affected the way people saw movies and allowed more room for the horror genre to grow. Firstly, a home video revolution was underway. With the introduction of VHS and Betamax, suddenly people were able to watch anything they wanted, any time they wanted from the comfort of their homes, and film distributors and the new video rental stores were happy to fulfill the sudden demand. Secondly, AMC’s promotion of the multiplex style of theatre meant the many theatres now had multiple screens to fill, allowing horror to exist alongside other genres on the big screen any time of day, all year long. 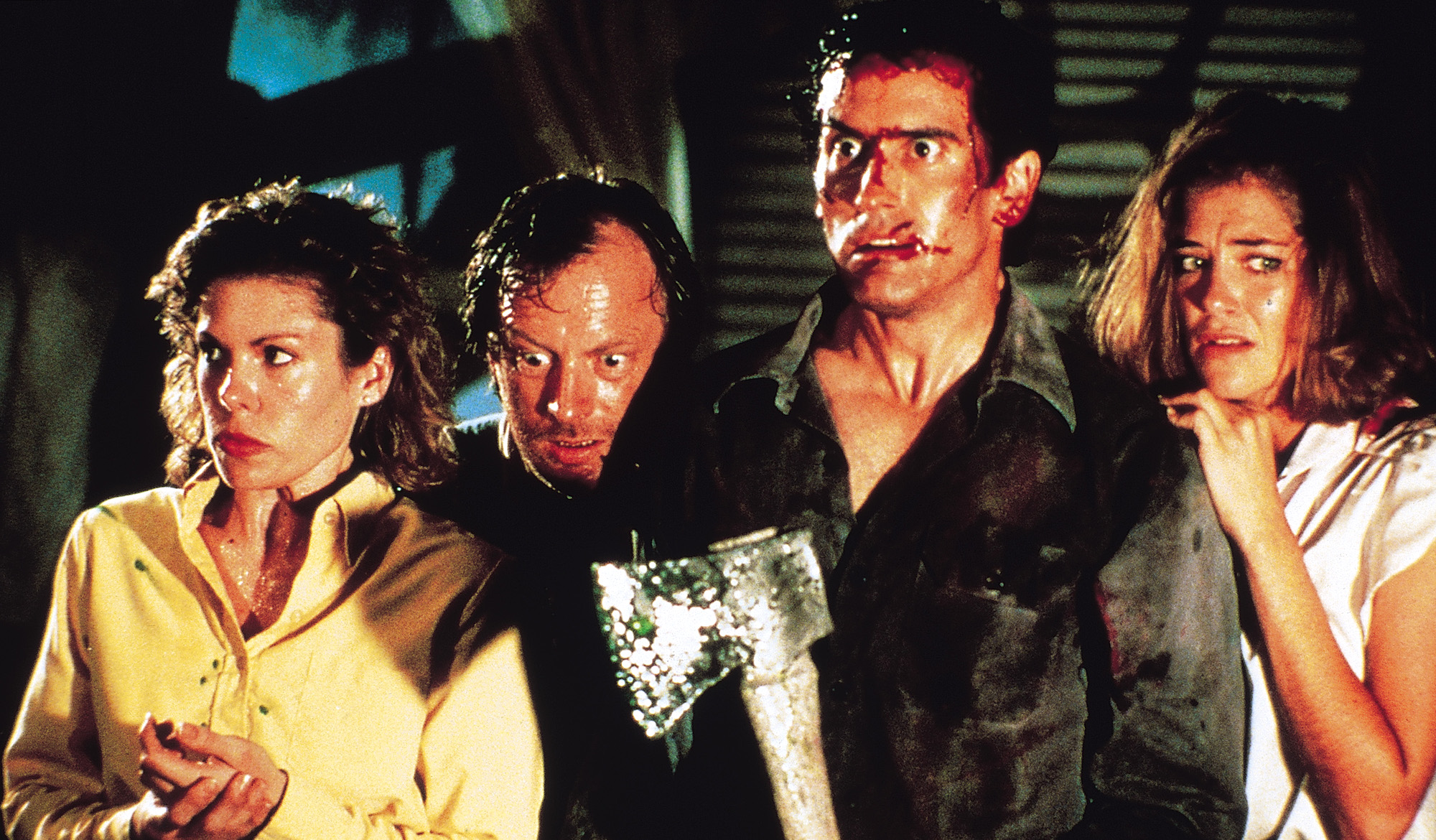 The effects of these changes can be seen in the success of Sam Raimi’s 1981 film The Evil Dead. An independent movie made on a shoestring budget, its long production and delayed release gained plenty of buzz from new horror-focused media like Fangoria magazine. When distributors unleashed Evil Dead on the public, they experimented by releasing it to the new content-starved home video market and to the multiplexes simultaneously. The film raked in millions on a budget of thousands, started a moral panic in England regarding the “video nasty” tapes suddenly available in homes, and gave Raimi the budget to remake the film as the bolder and sillier Evil Dead II: Dead By Dawn. Hollywood realized sequels could capitalize on a good story, and took note that the audience was there and hungry for horror.

Many fans of horror would say that the decade was most important for the inventive, shocking stories it told. Theorists like John Kenneth Muir and filmmakers like Stuart Gordon have said this is owed to one man: Ronald Reagan. The Reagan era’s swift rightward turn in politics reverberated throughout the culture. There was a nostalgia for the “old days” and fear of nuclear war, as well as an increasing feeling that certain parts of society were being ignored and left behind. As a genre, horror comments on the fears of the culture it springs from, and many argue that it became its own sort of counter-cultural force in the 80s, exposing many dark aspects of life in the 80s mainstream movies avoided. 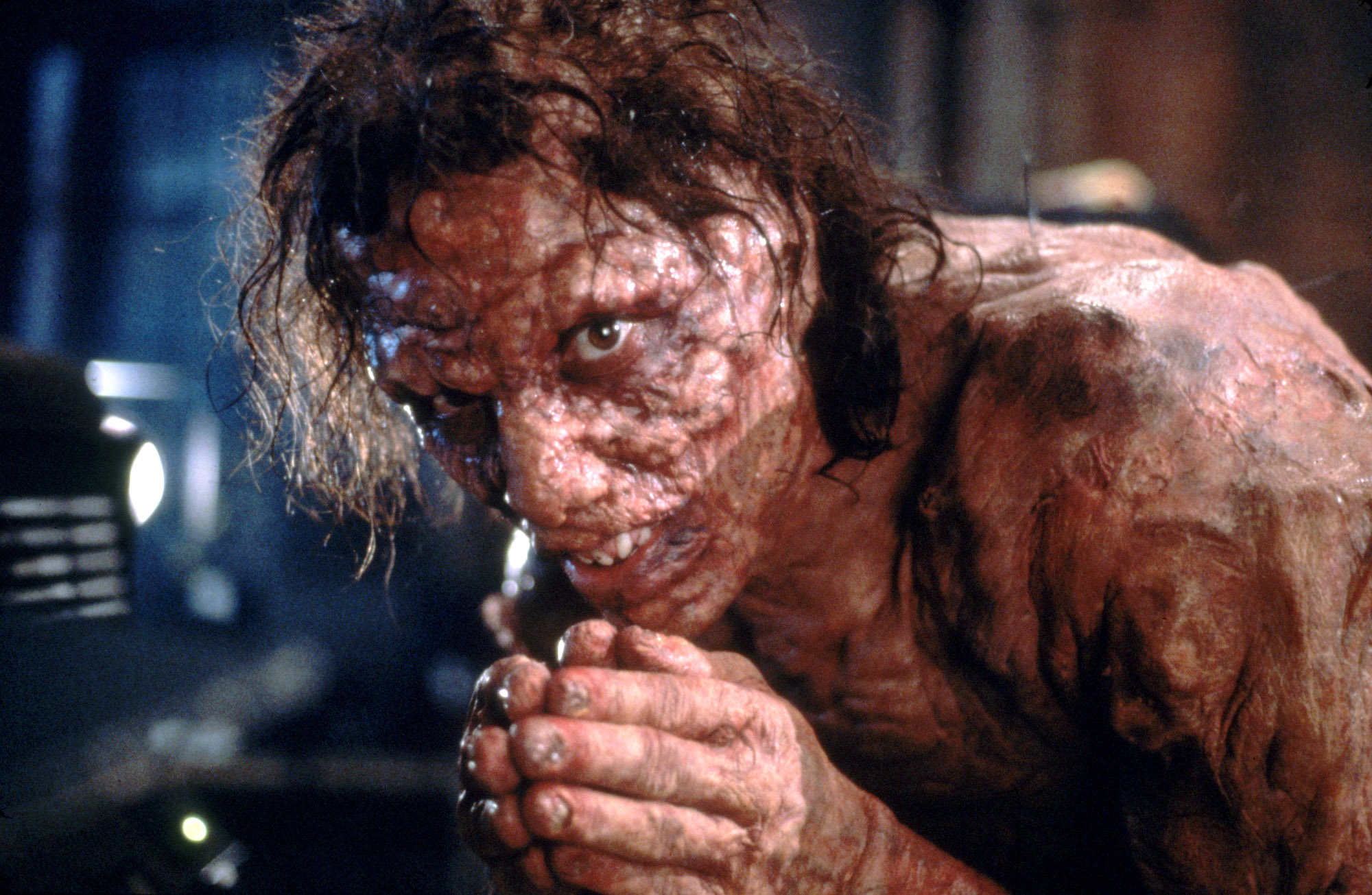 Like the cultural climate, horror movies in the decade were defined by a push and pull between the unpleasant realities of contemporary society and the superficial glittering of yuppie prosperity. Instead of The Brat Pack and supermodels, horror movies had beautiful people transforming into monsters. Movies like The Fly, The Lost Boys and An American Werewolf in London followed heroes as their excesses slowly twisted them into horrific creatures. The special effects advances in the 80s also added impact to the transformations, which seemed more realistic and frightening as they tore apart into wolves, rotted as they spoke or slowly melted into a fly.

Ronald Reagan and George Bush provided a positive face in spite of widespread criticisms of their policies, and the villains in horror movies usually reflected this as well. Think of the bureaucrats and politicians who inadvertently compound the supernatural problems by denying The Ghostbusters when they ask for assistance. The neighborhood in Fright Night that ignores multiple missing people in light of the cool new neighbour who has moved in. Think of the parents that won’t admit Freddy Krueger is attacking children in their dreams, or that Camp Crystal Lake should probably just stay shut. Even many of the horror villains act in a sort of Reagan-esque cultural denial, popping up to destroy any characters who exhibit the 80s excesses of wealth, drugs or sex on screen. 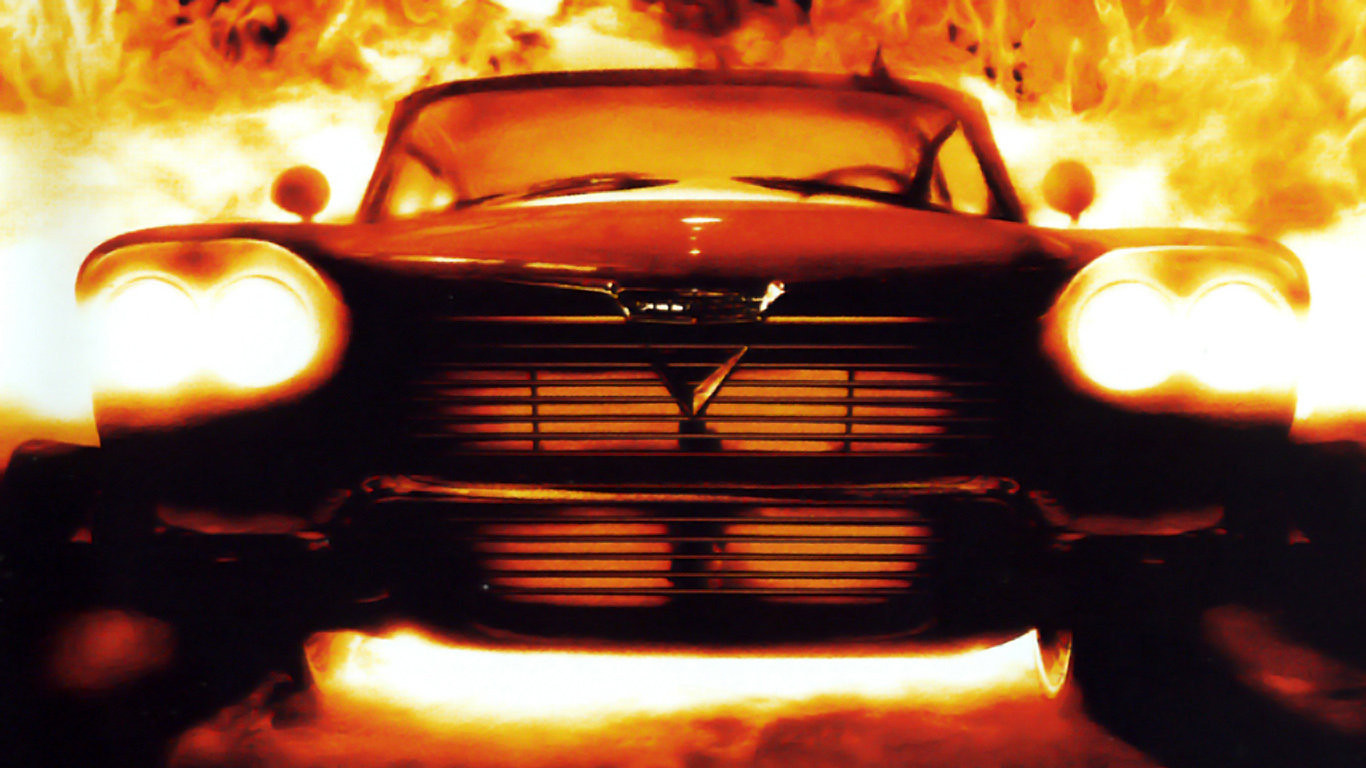 The yuppie lifestyle and conspicuous consumption were special targets, with many movies featuring a “be careful what you wish for” message when it came to material possessions. Even the family home was suspect in Poltergeist and Of Unknown Origin. Suggesting even the American Dream wasn’t simply earned, but had been stolen from someone… or something. Consumer products themselves even turn on their owners in Christine and Maximum Overdrive, punishing their users’ obsession with having the best and most powerful machines. And of course there is the ultimate in short-sighted purchases: Gremlins packs a wallop by criticizing the American consumer’s habit for cultural appropriation and ignorance (expressed in an inability to follow even the most basic of instructions).

I could go on and on about what made the 1980s the perfect hotbed of horror, but thankfully the best way to experience it is to dive right in. Watch a movie and consider its place in the cultural context. At the very least the horror movies of the Reagan era are a good reminder that in times of political and social unrest, we tend to get some great scary movies.