Sisters are doing it for themselves: 9 to 5 and Working Girl

The 1980s produced two of the greatest films about women in the workplace, but each had quite a different eye on issues and origins in different decades. 1980’s 9 to 5 exists as much more of an ideologically 1970s movie, chronicling the decade’s surge of second wave feminism eager for women to have an equal role in the workplace. 1988’s Working Girl, on the other hand, gives women that role, but reveals the rocky road they faced in the cutthroat business world of the Reagan era.

9 to 5 is the story of three women thrust into the workforce as a result of varied circumstances, all bucking under an incompetent chauvinist tyrant. Dolly Parton’s Doralee supports her singer boyfriend, Jane Fonda’s Judy is working for the first time as a recent divorcee and Lily Tomlin’s Violet is a widowed mother supporting her kids. The comedy of the film comes from the women taking revenge on their boss, Dabney Coleman, as a “sexist, egotistical, lying, hypocritical bigot,” who holds his position in large part due to the fact that he’s a man. Bosses like this were undoubtedly familiar to many women in 1980, so the revenge was that much sweeter when experienced by the audience. 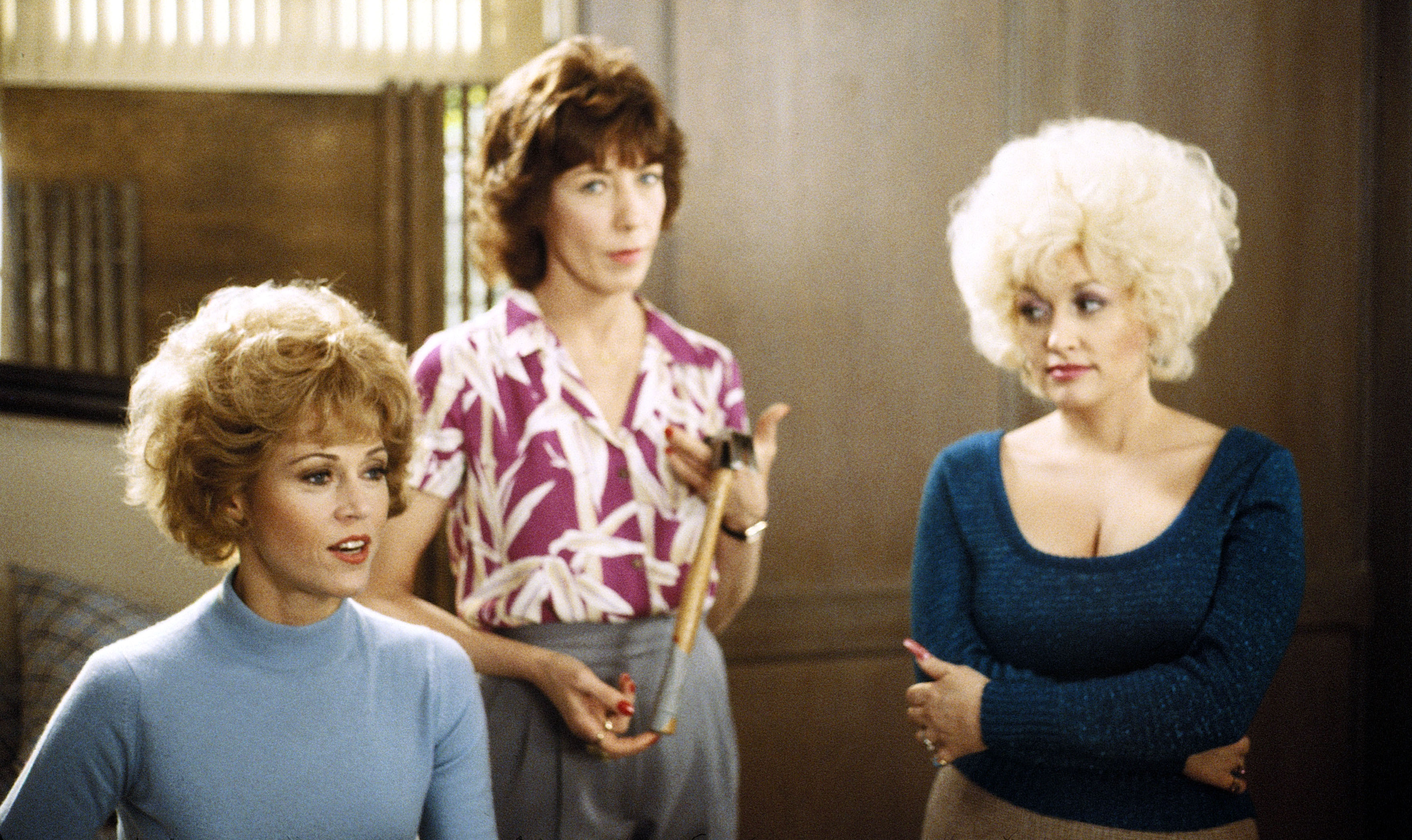 On the other hand, in Working Girl, Melanie Griffith’s Tess Mcgill wants to work. Tess is a beacon of the 80s ethos that hard work will give you upward mobility, seeing her 5 years of night school and slog through the world of secretarial temping as her way into the world of big business. Tess works in an office that is mostly staffed by women, and also struggles with being taken seriously as anything but a secretary or sex object.

The biggest change between the films though is the antagonist. Tess isn’t just dealing with male chauvinists, instead she also has to tangle with another driven and power-focused woman: the manipulative and exploitative Katherine Parker, played hilariously by Sigourney Weaver. Madeleine Albright famously said “[t]here is a special place in hell for women who don’t help other women,” and Working Girl is all about the satisfaction of raining that hell down upon snooty people that stand in your way.

What made 9 to 5 the second highest grossing film of 1980 was Patricia Resnick and Colin Higgins’ screenplay that finally gave a voice to women who were harassed, looked over for promotions and demeaned in the workplace. It’s a parable that highlights the power of three women teaming up, even against ridiculous odds: a force that can produce positive change not only in their own lives, but also in the workplace. In many ways, it mirrors the success that the feminist movement in the 1960s and 70s had in bringing light to issues of equal pay for women, child care and sexual harassment.

In large part, the 1980s existed between the two major waves of feminism in the 20th century. The push for equal rights was often thought “complete” by many of the men in power (even though it wasn’t) and the Thatcher and Reagan era turned the political lens away from social issues like female equality. Working Girl is less about the glass ceiling preventing Tess from achieving more, and instead focuses on the differences in class, education and privilege that prevent anyone from achieving more, which force Tess to resort to pretending she’s someone else to get ahead.

It’s Tess’ protestant work ethic in the face of insurmountable odds that makes her the perfect Reagan-era feminist. The cultural expectations of her Staten Island upbringing would have her give up and marry her dopey boyfriend, but Tess shares the business dream of the 80s: hard work pays off. She begins a relationship with a man who treats her as an equal, saves a company from the 80s boogeyman of Japanese ownership and even performs the feat of being promoted from temp to executive based on her street smarts and the fire in her belly. 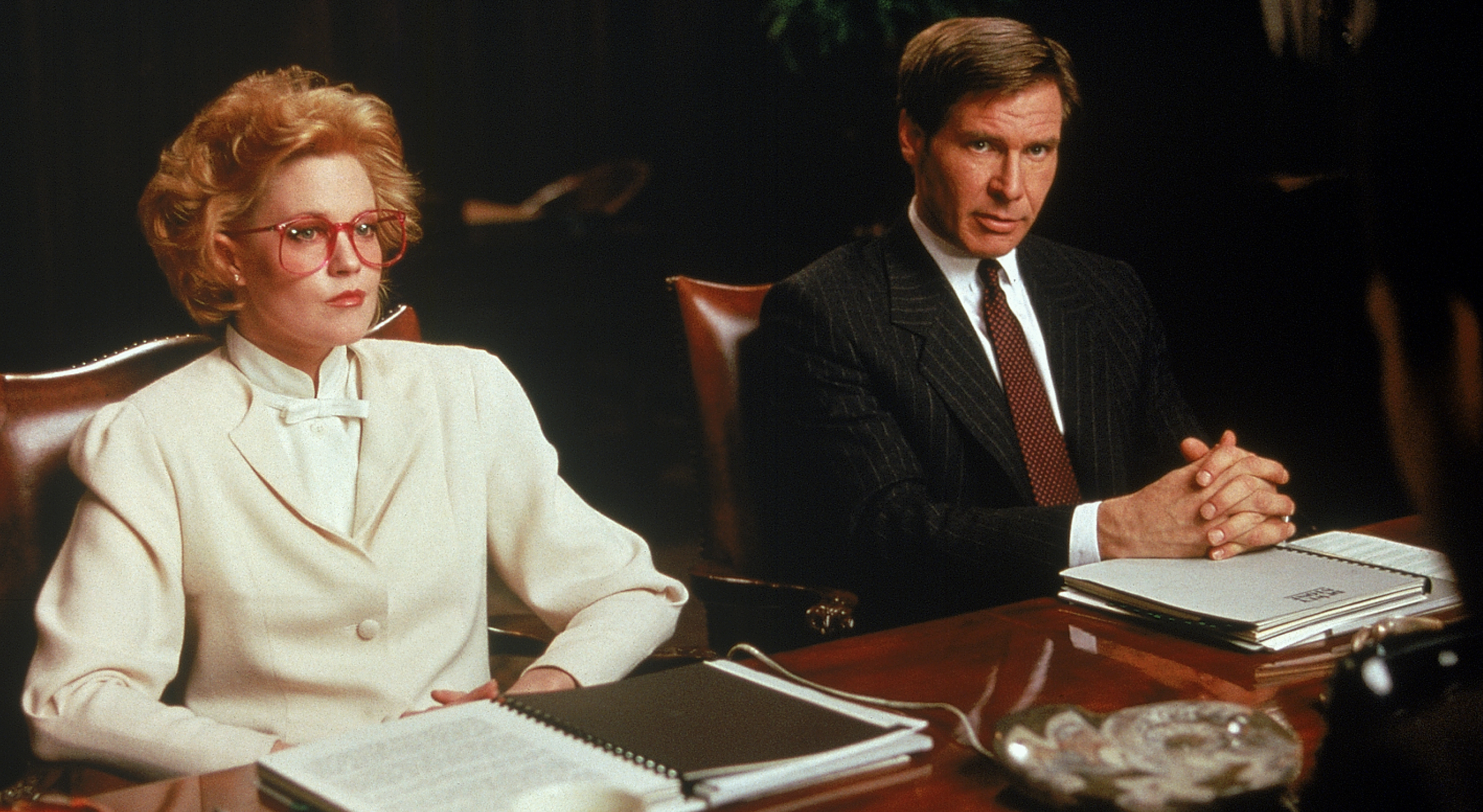 Since the 90s and the era of third wave of feminism, a movement critical of the omissions of the earlier movements, these movies sometime seem more like time capsules than anything else. Both movies ignore women of colour, trumpet promotions unbelievable even by today’s standards and end with a “problem solved” feeling that women still dealing with harassment, pay inequality and judgement at work may roll their eyes at. All of that completely ignores the fact that both films are directed (and in Working Girl’s case, written) by men, and Harrison Ford gets the biggest credit in Working Girl, despite not appearing in half of the movie.

But in a Hollywood landscape where comedies about women, and especially women in the workplace, are few and far between, these movies are incredibly important. They shine a light on the progress women were making throughout the 80s, and the struggles they faced individually and together. They put strong female characters first, make feminism and female empowerment central, and prove that sometimes laughing about serious problems is the best way to post with an audience.